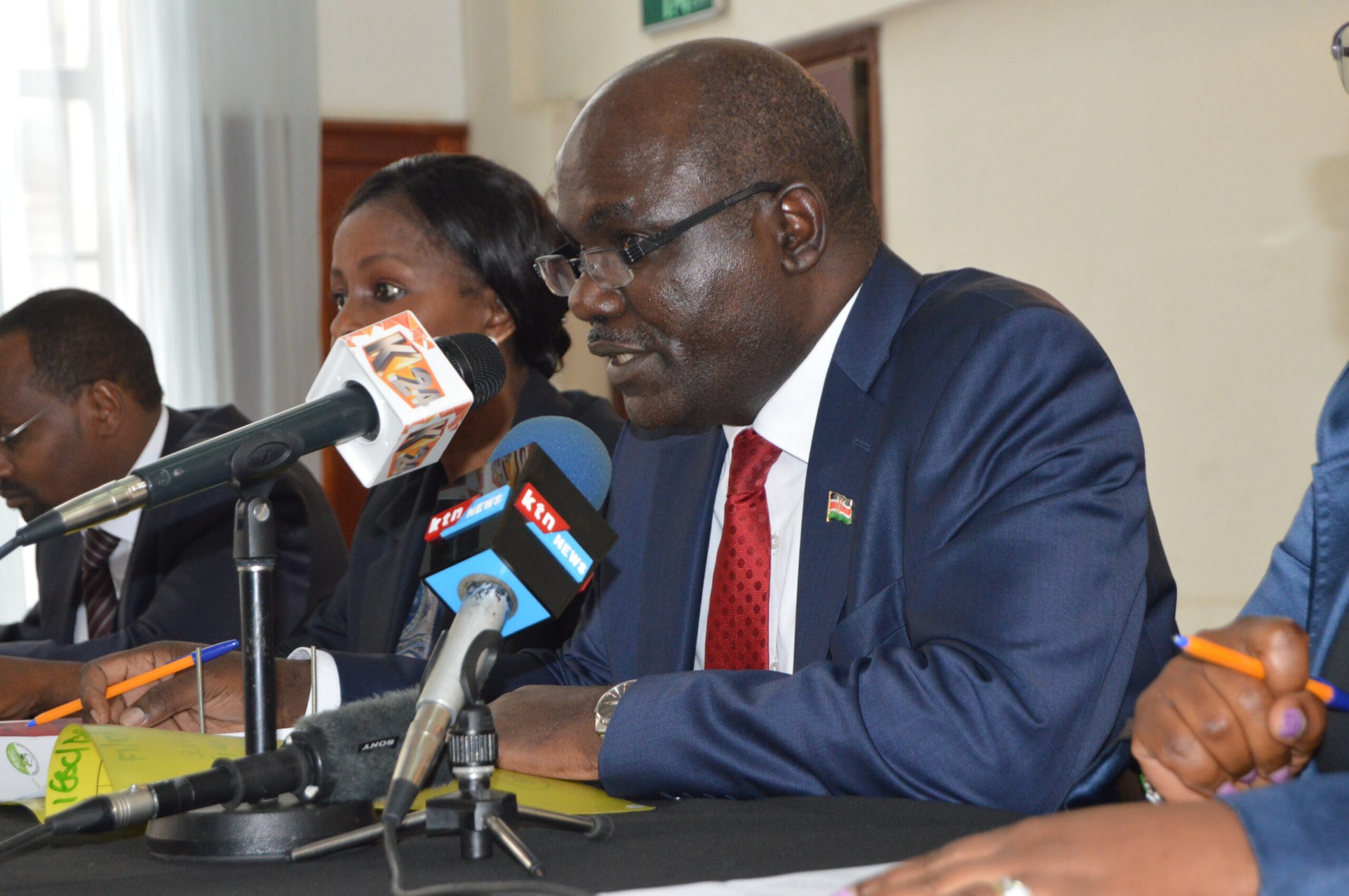 A row has erupted at the electoral agency over a plan to award Greek firm Inform Lykos (HELLAS) SA a Sh1 billion tender to print next year’s general election ballot papers.

Just a day after the Independent Electoral and Boundary Commission (IEBC) tender committee picked Lykos, insiders now point to a vicious fight that has sucked in Commission staff and some of the bidders.

Already, an explosive e-mail has been circulated pointing at alleged irregularities in the procurement process.

The e-mail signed by a man, who identifies himself as N Githinji accuses a senior IEBC staff of colluding with Lykos to clinch the tender while locking out other more qualified bidders.

A decision to award the Greek firm the tender has also once again dashed the hopes of local firms that had hoped that the commission will heed President Uhuru Kenyatta’s call to promote local businesses.

IEBC chairman Wafula Chebukati downplayed the storm yesterday, saying the tender has not been officially awarded and thus the commission was not fully briefed as this was an ongoing exercise.

“The procurement process is still ongoing and no report has been made to me or the Commission Plenary to date,” Chebukati said.

He noted that the IEBC secretariat led by Marjan Hussein Marjan will issue a response on the allegations.  By the time of filing the story, Marjan was yet to issue a statement or respond to our inquiry.

In the email copied to all IEBC commissioners and 12 bidders who applied for the tender, Githinji claims that most of the staff who travelled to Greece to conduct due diligence did not include individuals with technical knowhow including experts from Kenya Bureau of Standards (Kebs).

He further claims that IEBC did not use the official channels in dispatching the due diligence team to Greece but rather used a private entity to arrange the tickets and accommodation.

It has also emerged that a representative of the Greek firm Khalid Moulalbab, who is the Regional Sales Manager, Middle East and Africa for Inform-Lykos and based in Dubai, worked formerly with Al Ghurair of Dubai that printed 2017 ballot papers.

He worked as a Sales and Marketing Manager for Al Ghurair before moving to Lykos suggesting that he could have used his past connections to sway the tender in favour of the latter firm.

There are also claims IEBC deliberately delayed to send the notification to bidders by mail and instead sued post, which may lock out disgruntled bidders from appealing the decision.

Following an evaluation process, the commission has settled on Greece based Inform Lykos (HELLAS) SA at €7,172.85 (about Sh925 million) at the exchange rate of Sh129.

The amount according to estimates may rise to Sh2.8 billion if Inform Lykos (HELLAS) SA that beat 12 other firms to emerge as the lowest evaluated bidder signs the deal.

They include Al Ghurair Printing that was controversially awarded the same tender for the 2017 General Election.

Local form Ellams Products that was said to be one of the most qualified was locked out on grounds of failing to provide notarised/certified copies of ISO certification.

The tender was opened on 10th September 2021 at Anniversary Towers. The Committed was chaired by Jacktone Nyonje while Samson Matilu was listed as secretary and Benjamin Kimwei, Helen Kahindi and Boniface Gathee as members.

Already the bidders have received their regret letters with sources indicating that one of the international bidders is palling to contest the award at the Public Procurement Administrative Review Board (PPARB).

“The commission hereby, regrets to inform you that your tender was unsuccessful for failure to submit a notarised/certified ISO certificate or its equivalent for security printing for a recognised authority,” a regret letter sent to one of international bidders reads in part.

Marjan in his regret letter dated October 14, 2021 has asked the unsuccessful bidders to seek debriefing during the notification period or submit a procurement complaint at the PPARB.

According to its website, Lykos  (HELLAS) SA is located in Koropi, Greece and is part of the Printing and Related Support Activities Industry and has 170 employees at this location and generates $33.41 million in sales. There are 17 companies in the INFORM LYKOS (HELLAS) SA corporate family.

In 2017, IEBC picked Al Ghurair for the lucrative deal, a move that saw several cases filed in court almost threatening to derail the then presidential election.

If dissatisfied bidders opt to contest the award, then the country is likely to witness once again fierce fight for the lucrative deal that almost derailed elections in 2017 as the court nullified the tender awarded to Al Ghurair.

Kenya Insights allows guest blogging, if you want to be published on Kenya’s most authoritative and accurate blog, have an expose, news TIPS, story angles, human interest stories, drop us an email on [email protected] or via Telegram
Related Topics:Al Ghurair Printingballot tenderIEBC chairman Wafula ChebukatiIndependent Electoral and Boundary Commission (IEBC)Inform Lykos (HELLAS) SA
Up Next