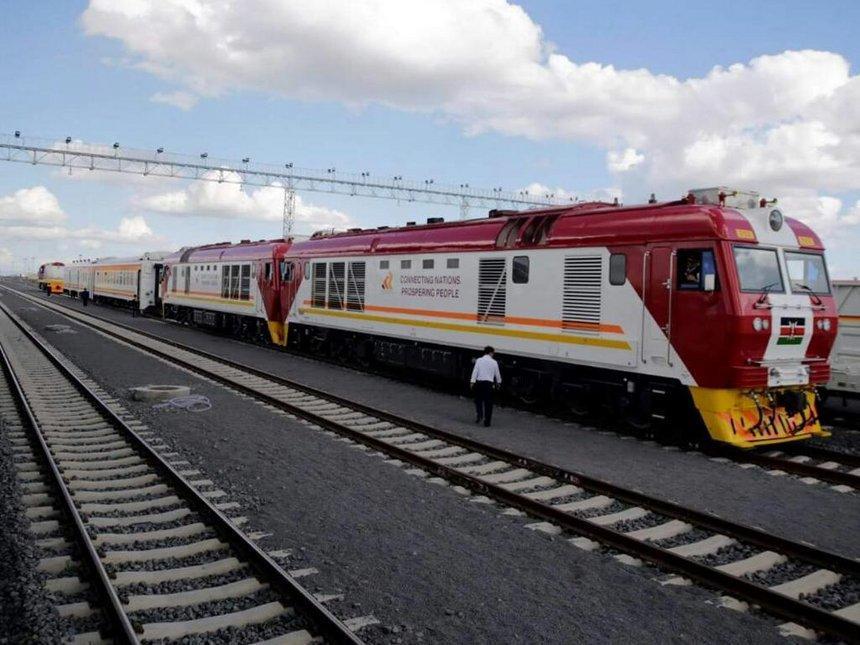 Africa Star Railway Operation Company which is majorly owned by China Road and Bridge Corporation (CRBC) was contracted in May 2017 to run the passenger and cargo trains on the SGR. Africa Star manages the ticketing system, landing and offloading of cargo and collection of passenger fares, including non-cash revenues like M-Pesa.

This firm ain’t new to scandals as it has made headlines frequently with reports of racial abuse among the Chinese staff and the local employees. It has been severally sued by Railway and Allied Workers Union (RAWU) who’ve been trying to file a complaint with China Road and Bridge Corporation (CRBC) which is parent to Africa star over alleged mistreatment of local workers loudly racism since 2017 up to date but the fruits have been futile.

In 2018, Kenya Railways Corporation (KRC) MD Atanas Maina confirmed the firm (KRC) was to subject the managers to a thorough probe over alleged unethical labour practices against Kenyan workers and if found culpable, tough action would be taken against them in accordance with the law. It was also the height of questions on how Kenya Railways was spending Sh1B monthly to run SGR. 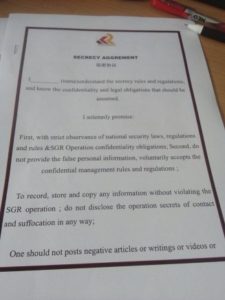 SGR staffers and engineers were forced to sign non-disclosure agreements in a bid to cover racism claims labelled against them by media investigations. 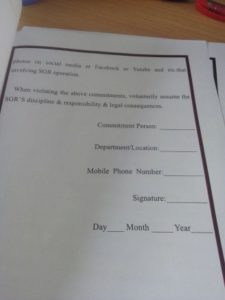 “We have launched investigations into alleged incidents of mistreatment of local staff employed to facilitate operations at the standard gauge railway. This is unethical conduct, if found to be authentic action will be taken in accordance with the contract between us and the operator and in accordance with the laws of Kenya,” said Mr Maina.

Africa star issued its employees with gagging orders barring them from leaking any information about the firm’s activities signed a five-year operations, maintenance and service agreement with Kenya Railways for the Mombasa-Nairobi segment of the SGR line.

China Road and Bridge Corporation (CRBC), asked local staff to sign secrecy agreements to prevent them from taking pictures and posting them on social media or sharing them with other media outlets.“One should not post negative articles or writings or videos or photos on social media or Facebook or YouTube and etc involving SGR operations,” a copy of the secrecy agreement read in part.

Alleged number of rights violations have been tremendous like Chinese staff can never sit on the same table with Kenyans and locals are not expected to join their tables either. They are also not allowed to use Chinese vans during drop-off and pick-up times. CRBC – Africa star has also been accused in the past of providing security to their Chinese counterparts on construction sites and leaving local employers at the mercy of wild animals. 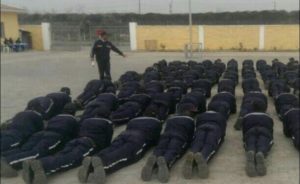 Local staffs being punished for not cleaning up garbage

After all these wild mistreatment they seem to be relenting with a new case arising as the firm recently fired one of it’s employee by the name Boniface a Assistant Shunting locomotive driver for sharing an article that exposed the firm in a WhatsApp group (TEAM SGR) which Boniface was the sole admin. An article which he says, he only shared because it was an explicit expose to the firm without reading the whole content.

Related Content:  Military To Takeover Control Of Police And All State Agencies Planes

Talking to Kenya insights, Boniface said “The worst part is they forced us to come back to Nairobi where there’s over 2000 corona virus cases from village just to fire us, telling them to wait till Ministry of Health advices us when it’s safe, they said if we don’t come they’ll decide next step without our input.”

In what is clearly unfair dismissal and harassment by the Chinese employer, Boniface has gone public with his plight to highlight what many others are going through. 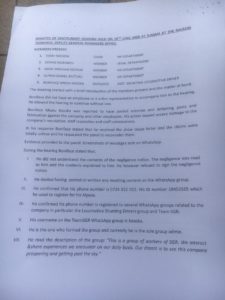 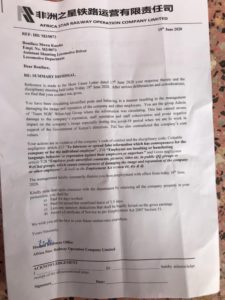 Despite the fact that Boniface was dismissed without fair trial before the board’s committee, Boniface is a hero for standing firm with what is right and have paid the ultimate price. Five more SGR employees were fired alongside Boniface for sharing the article in hand. Sammy Gichuhi, the DGM, AfriStar is cited as having bulldozed the employees to delete their social media posts exposing the firm as a condition to keep their jobs not they were fired regardless.

Unless SGR employees continue speak out, the oppression shall never come to end. And being that the same violation is still persistent since 2018 up today 2020 questions where the loophole even after several suits have been filed against the firm by several entities but nothing seems to take a U-turn, situation just escalating.