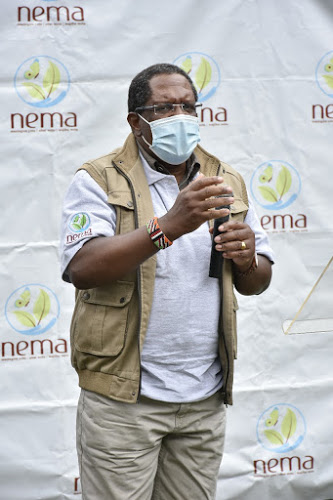 City Park was originally 90 acres but has been illegally reduced to 63 acres through land grabbing.

On June 10, the park ceased to be under the county government of Nairobi after it was placed under KFS.

On Friday last week, KFS deployed its rangers at the park. The government has ordered persons running businesses at City Park to shut them down.

Environment CS Keriako Tobiko on Wednesday announced that the government was taking back the entire park and reverting everything to the public.

Businesses to be affected include a hotel run by a former senior official of the county government of Nairobi. Tobiko lamented that some entities had been profiteering from the public facility. “Some entities have no conscience. They think that they are very smart by acquiring public land. You cannot have a valid title for public land,” he said. 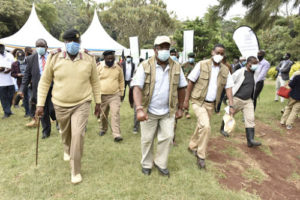 The CS spoke at City Park where he presided over celebrations to mark the World Desertification and Drought Day. He was accompanied by Environment and Forestry PS Chris Kiptoo, acting director of Nema Mamo Mamo, Environment CAS Mohamed Elmi and Chief Conservator of Forests Julius Kamau, among others.

Tobiko said that any every part of the park that had been grabbed would be repossessed. The minister said the level of destruction at City Park was shameful and alarming, which triggered President Uhuru Kenyatta to direct the park to be placed under the Kenya Forest Service.

To boost security, CS Tobiko stated that the government would soon fence off City Park but members of the public will continue to access it free of charge irrespective of their status in the community.

Related Content:  Hold On, Cheryl Kitonga Is Not Dead Just Yet

“City Park is monumental to the history of Kenya and war veterans such as Vice President Joseph Murumbi and his wife and Pio Gama Pinto were laid to rest here,” he said. Nema acting director general Mamo noted that forest land is facing serious degradation due to population increase.

Nema was tasked to handle waste and air pollution management in the park. “We shall ensure the park maintains a clean environment as well as protect the natural resources in it, ” Mamo said.

Chief Conservator of Forests Julius Kamau said environmental conservation is a collective responsibility. “As Kenya Forest Service works towards the 10 per cent forest recover, we all have a role to play in it,” he said.

The President has urged KFS to fast track the Forest Management Plan with community associations for the forests to be fenced.

“We are also reclaiming our Ngong forest. We are going to start the process of fencing it and ensuring that it is available not only for the present but also for future generations,” Uhuru said.

KFS intends to recover over 1,000 acres from individuals in Ngong Forest. According to Tobiko, out of the 7,000 acres of forest land , only 1,000 acres has not been encroached on by individuals.

“Those who have acquired land from Ngong Forest should get ready to surrender their title deeds because we are coming for you soon,” he said.