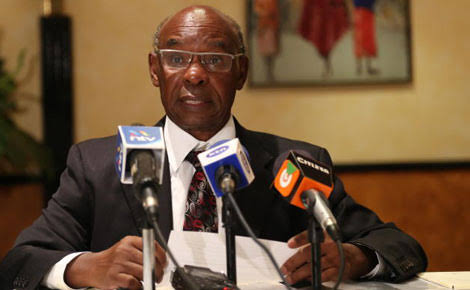 The government has been ordered to pay Royal Media Services (RMS) Sh120 million for unpaid advertisements offered to the defunct Constitution of Kenya Review Commission (CKRC).

Justice David Majanja ordered the Attorney-General (AG) to pay Sh104.8 million to the media firm plus interest of 12 percent for the services offered 15 years ago.

The media firm’s owner S.K. Macharia wanted an interest of 19 percent per annum from November 2015 while the AG pushed for 12 percent from last year.

After doing the job, RMS was only paid Sh15.1 million before the CKRS was dissolved on December 25, 2005 after it prepared a draft review of Kenya’s Constitution.

When RMS filed the case, the matter was referred to mediation and the parties agreed that the government pays the media house Sh104,895,667. They were, however, unable to agree on interest to be paid and when to commence its application.

The judge said from analysis of the witness statement and documents, it was his finding that RMS has not established or proved that the interest rate pleaded in the plaint (19 percent) was grounded on any agreement between the parties.

“I therefore reject that as aspect of the claim and find that the plaintiff is not entitled to interest prior to filing of the suit,” he said and ordered an interest of 12 percent until payment in full.

Kenya Insights allows guest blogging, if you want to be published on Kenya’s most authoritative and accurate blog, have an expose, news, story angles, human interest stories, drop us an email on tips.kenyainsights@gmail.com or via Telegram
Related Content:  Coronavirus: Why Experts Are Warning Healthy People Against Wearing Face Masks
Related Topics:
Up Next

Battle: Nakumatt’s Atul Shah Is In For A Six Months Jail-term