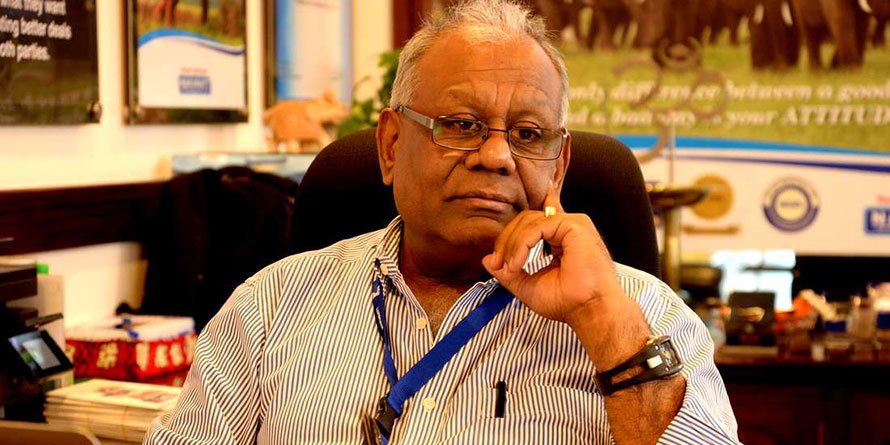 The warrant was issued after Mr Shah failed to present himself to court to explain why he should not be committed to civil jail for failing to pay Sh74.4 million to the supermarket’s former landlord at City Mall (Ideal Locations Ltd), Mombasa.

According to suit papers, Mr Shah is expected to pay Sh74.4 million together with interest and the landlord’s lost earnings.

The court said Mr Shah failed to demonstrate how an insolvency case against Nakumatt Supermarkets is a ground not to allow the notice to show cause against him.

Ideal Locations Ltd sought issuance of a notice to show cause against Mr Shah as to why he should not be committed to civil jail for up to six months for failing to settle the debt.

In his response to the notice to show cause, Mr Shah stated that he had filed an appeal before the Supreme Court that was admitted in December and that he also filed an application for stay of execution of the decree.

However, Ideal Locations Ltd argued that the mere fact that Mr Shah has lodged an appeal at the Supreme Court was not a reason to bar him from paying the money since there is no suspension of execution.

Creditors of the supermarket chain in January voted to wind Nakumatt up after it failed to repay debts following a failed rescue attempt.

Nakumatt owes more than Sh38 billion — including Sh18 billion to suppliers, Sh4 billion to commercial paper holders and the rest to banks — who are more aggressive in pursuing their unpaid loans.

Banks have identified 11 real estate properties worth Sh3.68 billion that are linked to Mr Shah and his family for possible seizure.

The assets include shopping malls, office blocks and prime land in Nairobi, Mombasa and Nakuru — where Atul’s father started Nakumatt as a retail shop.

The properties are owned by third parties linked to the Shah family, which owns the bulk of Nakumatt shares, according to a document prepared by the retail chain’s court-appointed administrator.

Meanwhile, the Anti-Banking Fraud Unit under the Directorate of Criminal Investigations is also probing Mr Shah over alleged theft and money laundering.

That means Mr Shah risks both criminal and civil proceedings over the collapse of Nakumatt should the creditors push for court action after the two investigations.-Business Daily.

U.S. Spends Over $3B In Kenya Yearly, AidData Research Says