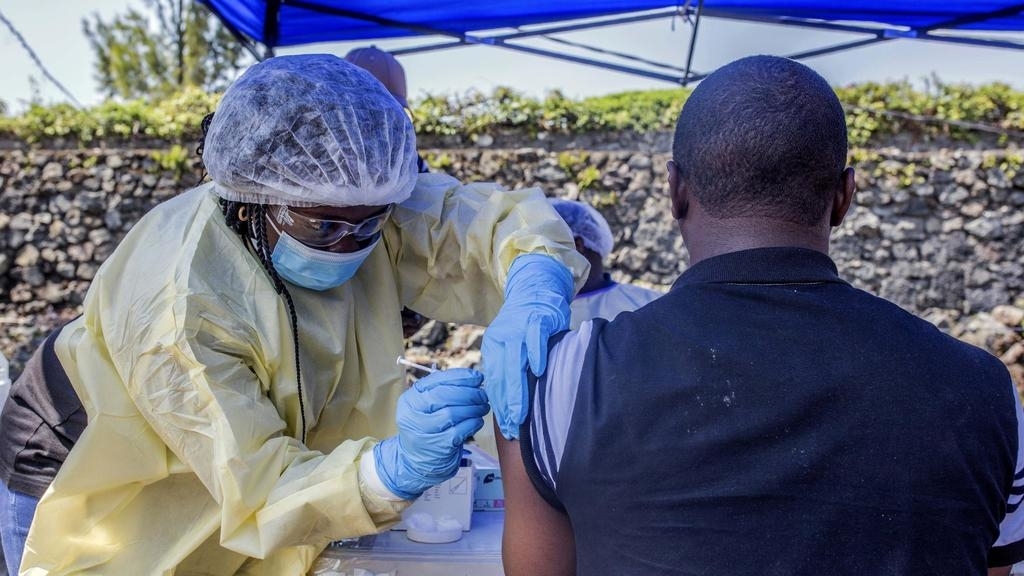 The deadly Ebola Virus may soon be a total manageable epidemic. Ebola has scourged many families and governments and in this case, DRC being the most affected nation. But relief and soon, the lithal virus will be preventable and treatable disease after scientists said that a trial of two drugs showed significantly improved survival rates.

If infected with this lithal Ebola virus, initially it causes sudden fever, intense weakness, muscle pain, and a painful sore throat. It progresses to vomiting, diarrhea and both internal and external bleeding. It takes the life of those infected almost instantly from massive dehydration and multiple organ failure.

Ebola is an infectious disease that’s spread widely when people have direct contact through broken skin, or the mouth and nose, with the blood, vomit, faeces or bodily fluids of someone with Ebola.

The US National Institute of Allergy and Infectious Diseases (NIAID), which co-sponsored the trial of Four drugs which were tested on patients in the Democratic Republic of Congo, where there is a major outbreak of the virus, found out that  Two of those were considerably more effective in treating the disease.

According to NIAID, the results are very good news for the fight against Ebola because the drugs will now be used to treat all Ebola patients in DR Congo.

“The first drugs in scientifically sound research, named REGN-EB3 and mAb114, work by attacking the Ebola virus with antibodies, neutralizing its impact on human cells. According to the tests, they have clearly shown a significant diminution in mortality for Ebola patients,” said Dr Anthony Fauci, director of NIAID.

REGN-EB3 and mAb114 were developed using antibodies harvested from survivors of Ebola, which has killed more than 1,800 people in DR Congo in the past year. Two other treatments, called ZMapp and Remdesivir, have been dropped from trials as they were found to be less effective.

The trial, conducted by an international research group coordinated by the World Health Organization (WHO), began in November last year. Since then, four experimental drugs have been tested on around 700 patients, with the preliminary results from the first 499 now known.

“Of the patients given the two more effective drugs, 29% on REGN-EB3 and 34% on mAb114 died. In contrast, 49% on ZMapp and 53% on Remdesivir died in the study. The survival rate among patients with low levels of the virus in their blood was as high as 94% when they were given REGN-EB3 and 89% when on mAb114. The findings mean health authorities can stress to people that more than 90% of people survive if they are treated early,” said Sabue Mulangu, an infectious-disease researcher who worked on the trial.

Jeremy Farrar, director of the Wellcome Trust global health charity, said the treatments are, without doubt, going to save lives of very many people and the medical findings and research is inching closer to managing the deadly ebola virus rather turning Ebola into a preventable and treatable disease.

The fact that Ebola was incurable and backup with widespread rumors by medical personnel in DR Congo created a stigma that was a total block to the intensified efforts to stop the spread of the virus.

“We won’t ever get rid of Ebola but we should be able to stop these outbreaks from turning into major national and regional epidemics. It is hoped that the effectiveness of the drugs, made by US-based pharmaceutical firms, will make patients feel “more comfortable about seeking care early”, said Dr. Fauci.

But Dr, Fauci emphasized that the best way to end the outbreak is with a good vaccine. A vaccine is a type of medicine that improves immunity to a particular disease.

The current outbreak in eastern DR Congo began in August last year and is the biggest of the 10 to hit the country since 1976 when the virus was first discovered. In July, the WHO declared the Ebola crisis in the country a “public health emergency of international concern”.

The DRC outbreak was dwarfed by the West African epidemic of 2014-16, which affected 28,616 people, mainly in Guinea, Liberia and Sierra Leone. About 11,310 people died in what was the largest outbreak of the virus ever recorded.

Ebola did take alot of lives in the recent past days’ as attempts to contain the latest outbreak were proved difficult due to militia group violence and suspicion towards foreign medical assistance in the most affected regions.

Earlier this month, three Congolese doctors were arrested in DR Congo over the killing of a WHO medic. Reports indicate that over 200 health facilities have so far been attacked in DRC this year alone, causing disruption to vaccinations and treatments.

Kenya Insights allows guest blogging, if you want to be published on Kenya’s most authoritative and accurate blog, have an expose, news, story angles, human interest stories, drop us an email on tips.kenyainsights@gmail.com or via Telegram
Related Topics:Ebola
Up Next

Full Info: What Exactly Will Be Happening On The Census Day