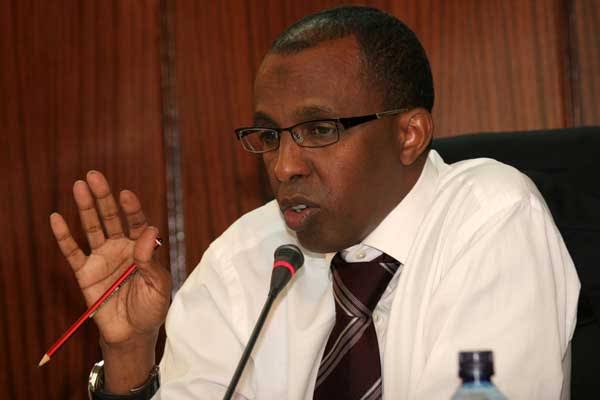 “City Lawyer switches sides in Bluebird court case”” Ahmednasir turn the back on his client in a bruising court battle.

The dispute over control of Bluebird Aviation has taken a new twist after a bitter fall out between tycoon Yusuf Adan and his advocate, Senior Counsel Ahmednasir Abdulahi.

Yussuf Adan, who is fighting for the control of the company with his co-directors, had an ugly altercation with Ahmednasir, accusing the lawyer of betrayal and unprofessional conduct.

Adan was livid after discovering that Ahmednasir was double crossing him with one of the directors of Bluebird Aviation.

According to very reliable sources, Yussuf Adan is mad that Ahmednasir abandoned him for his rival after milking him dry.

“Ahmednassir took over Shs 50 million from him and then switched codes to the rival group,” said the source. “It is the height of betrayal.”

Yussuf Adan is embroiled in a bitter fight over the control of the 27-year-old charter airline company.

This came barely months after Adan
took the battle for control of the chatter airline to the supreme court, matter that is now awaiting determination, after he failed to have the 27 year old firm wound up in the lower courts.

Yussuf Adan who claim to own 25% of the charter airline has filed court petition seeking to wind up Bluebird firm in 2016, claiming that the other three Directors excluded him from the company affairs, misappropriated funds, failed to hold shareholders meetings and never paid him dividend.

From his dividends from Bluebird Aviation, Adan managed to acquire prime land and develop enviable portfolio of property in high end areas of Nairobi.

Bluebird Aviation is one of the oldest and successful airlines operating from Wilson Aiport. It provides only charter services, and over the years, the airline has flown among others retired President Daniel Moi.