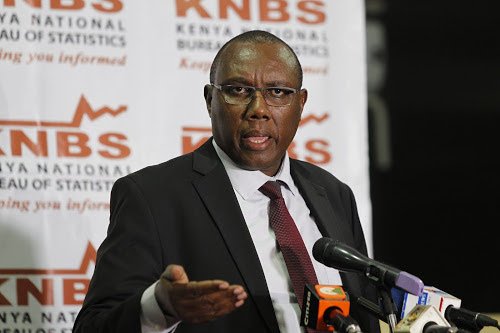 Kenya is set to have its sixth national Census since independence on the night of 24th August 2019. The previous population Censuses were held in 1948, 1962 (pre-independence), 1969, 1979, 1989, 1999 and 2009. The practice of counting the population dates back to ancient times. Historical records show that ancient rulers needed to count their people in order to calculate the amount of taxes they would expect. Censuses have therefore formed the basis for planning of resources for many centuries.

This will be the first Census exercise being conducted since the promulgation of the new constitution and it will help in improved allocation of resources to the counties. For the first time, the enumeration process will be carried out using digital gadgets, a paperless process that will guarantee accuracy, speed of processing and security of the data.

The Census is an important process to which the Government attaches great value, due to the need for evidence in planning. Evidence-based decision making is a universally recognised approach to the efficient management of countries. Furthermore, the United Nations recognises the importance of population and housing Censuses and therefore has issued international principles and recommendations to assist statistical offices and Census officials, throughout the world, in planning and carrying out improved and cost-effective censuses.

USE OF CENSUS DATA
The modern-day census is an integral requirement for development of plans to grow the economy and improve living standards. The data generated informs planners of current status and provides a guidance and justification for approaches taken in developing various sectors of development. Some examples of the use of census data are provision of:

• Comprehensive and detailed data on Kenya’s population, including their demographic and socio-economic characteristics at the lowest administrative of geographic level

• Data on available housing units, their utilities, characteristics and living conditions and the essential basic data for formulating housing policies

• The basis for preparing population projections

• The benchmark data for studying the direction and trend of population changes.
• Delinieation of boundaries
• To create a sampling frame from which household-based surveys will be undertaken

Apart from government planning and policy development, the data collected in the census also serves data users in the private sector at various levels. This can help private companies to base their investment, sales and marketing strategies on empirical data.

The census data is also widely used by researchers in conducting social and economic studies.

THE CENSUS PROCESS
The Kenya National Bureau for Statistics (KNBS) has received support from the government and development partners to implement the Census, which will cost about Kshs. 18.5 billion. All activities of the census are being coordinated by the National Census Steering Committee, which is headed by the Principal Secretary, State Department for Planning. About 165,000 enumerators and supervisors will be engaged during the Census.

County census committees have already been set up and were responsible for recruiting the enumerators and supervisors, who are expected to work in their respective areas.

The enumerators are expected to visit households from 6:00 p.m. on Saturday August 24th, 2019 and will spend about 30 minutes in each house, though this may be shorter or longer depending on the number of members in the household. Among the information to be gathered includes, age, sex, date of birth, nationality, ethnicity, religion, mental status, place of birth. Females will be asked about how many living children who were born by them.

Preparations for the Census are proceeding well with major activities, particularly recruitment and training of enumerators and supervisors, being completed. After the actual counting stage (what is known as the reference night), the Bureau will carry out the data processing and analysis after which it is expected that preliminary data will be released in three months.

What will happen in the event that you have visitors on the night of 24th August 2019? #KenyaCensus2019#JitokezeUhesabike#Data4Kenya pic.twitter.com/TXVV1LBv1x

What happens if you're a Kenya living in the diaspora, or if you have travelled abroad for one purpose or the other? (Medical, work, studies)#KenyaCensus2019#JitokezeUhesabike#Data4Kenya pic.twitter.com/ArgLJXN4C0

Who will be enumerated during the census?

All persons who are present within the borders of Kenya on the night of 24th August 2019 will be counted as part of the exercise. #KenyaCensus2019 #JitokezeUhesabike#Data4Kenya pic.twitter.com/MNyFbTWDv3

What are some of the key questions that you will be asked by enumerators during the census exercise?#KenyaCensus2019#JitokezeUhesabike#Data4Kenya pic.twitter.com/DF24K37FNA

All those who not will have been enumerated by 31st August 2019, should report to the local administrative office. However, care must be taken to ensure that you have indeed not been enumerated. #KenyaCensus2019 #JitokezeUhesabike #Data4Kenya

Interpol Rounding Up On High End Car Thieves In Kenya

Scientists Have Discovered New Drugs That Will Cure Ebola