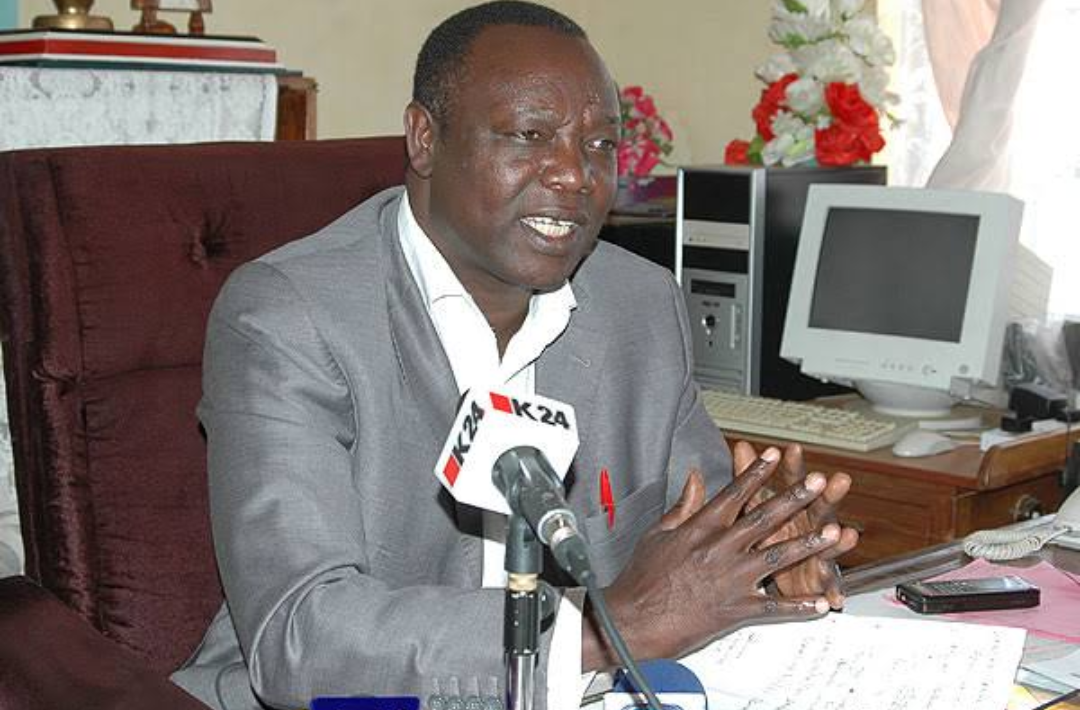 This questionable payouts were dispatched during the tenure of Isaiah Osugo, The now retired Commissioner General of Kenya Prisons.

Osugo has been holding the position for more than a decade.

According to Ouko’s report,304.4 million paid at Prison headquarters ,on behalf of various prisons, for food rations could not be traced or accounted for.

Ouko report has also exposed two suppliers who were paid Sh2.4 million by prison headquarters, on behalf of Kibos Medium Prison did not deliver the food.

“Indications are that the payments were irregularly made to recipients who did not supply food to the prison,” reads part of Ouko’s report.

“However, verification at the prisons revealed massive irregularities as the purported suppliers had never been contracted to supply food and there were no deliveries or receipts at the three prisons,” reads part of the Auditors report.

Osugo and other senior prison bosses have been clearing multimillion fake pending bills.

The report reveals that bills totalling to 288.6million reflected in the headquarters’ records could not be traced to the records of the prisons where food rations were allegedly delivered.

“Audit inspection carried out revealed that the body armour received do not have ballistic panels and cannot be used to protect staff against rifle fire, ammunition, knife stabs and sharp or pointed instruments,” reads part of Ouko’s report.

The Audit also reveals that the Osugo led department double paid bills worth Sh2 million to the officer-in-charge of Naivasha Maximum Prison for construction of staff houses.

Ouko report also raises a red flag on the award of a tender for construction of a perimeter wall at the Eldoret Prisons for 24.8 million.

Auditor generals reveals that prisoners were engaged to construct the same wall despite Osugo dispatching additional Sh7.5 million on the project.

Osugo’s department also oversaw the loss of 1.7 million on a tender for the installation of CCTV surveillance cameras at the Naivasha GK prison.

Prisons headquarters paid 12 million for 190 five megapixels cameras, but the audit report revealed that only 158 cameras were accounted.

“The audit further established that 52 cameras costing Sh 4.5 million installed at the reception and hospital blocks are defective and, therefore, not functioning,” reads part of Ouko’s Audit report.

The audit report also revealed that the contractor supplied eight Power Distribution Boards instead of 30, resulting in a loss of 22 others costing Sh 550,000.

Kenya Insights allows guest blogging, if you want to be published on Kenya’s most authoritative and accurate blog, have an expose, news TIPS, story angles, human interest stories, drop us an email on [email protected] or via Telegram
Related Topics:Auditor GeneralEdward OukoIsiah OsugoKenya Prisons
Up Next

Graphic Details Of How Cremation Is Done In Kenya