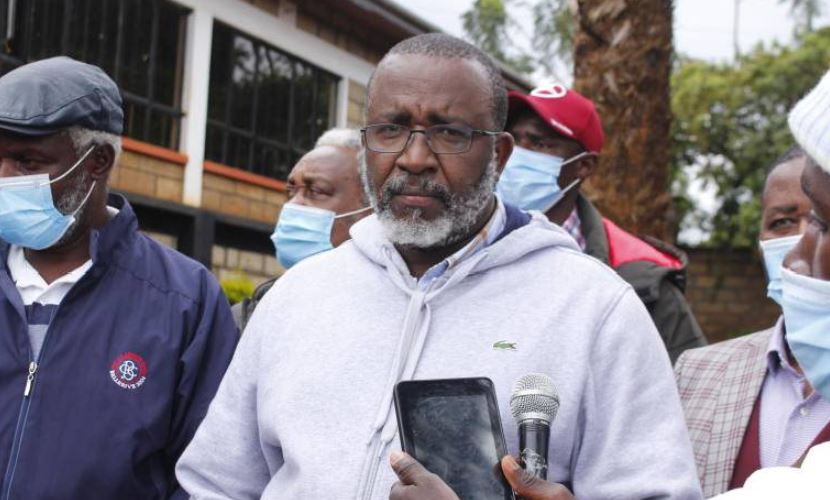 An activist has moved to court seeking the exhumation of the body of a former employee of Meru senator Mithika Linturi, who died more than three years ago.

Michael Makarena says in a petition filed before the High Court that the body of Edith Kamau, who died in Linturi’s House on October 6, 2018, should be exhumed and the cause of her death established.

Further, he wants the academic qualifications of Linturi investigated, claiming that his graduate certificates are forged.

According to lawyer Omari, Linturi was and is still the prime suspect in the deaths of Kananu and Maore.

“Linturi redacted some of the words sent to him via sms by his former partner’s wife about his death,” said Omari.

He added that Kananu was buried without a postmortem being done hence the order to exhume her remains.

Maurice Amwai, an officer attached to the Directorate of Criminal Investigation (DCI) says in an affidavit that the Meru senator who is also seeking to replace Kiraitu Murungi as the governor, is a person of interest in an ongoing investigation. He said Linturi is a habitual offender.

The officer states that senator had omitted some of the statements after receiving a text from the Maore’s wife which raises suspicious concerns as to why he omitted such information.

The DCI has officially opened an inquisition to ascertain the circumstances under which the deceased died since the body was buried before carrying out a postmortem.

“The 3rd party ensured that he persecuted Dr Stanley Maore through the media for every case that he maliciously, deceptively lodged against him to attain maximum psychological persecution,” the officer said.

“We humbly urge this court to protect and save all victims, widows, orphans, the hopeless those in fear of Linturi who is bribing his way through the criminal justice system,” reads the affidavit.

On the death of Kananu, he said the DCI has opened an inquest and investigations are ongoing to ascertain the circumstances under which the deceased died.

The officer claims that there is blackmail, intimidation and all other manner of dirty tricks to ensure that the cause of death is concealed and never to be established.

“That nobody will suffer prejudice if an order for exhumation and postmortem is granted to establish the cause of death of the late Edith Kananu who was murdered through poisoning.