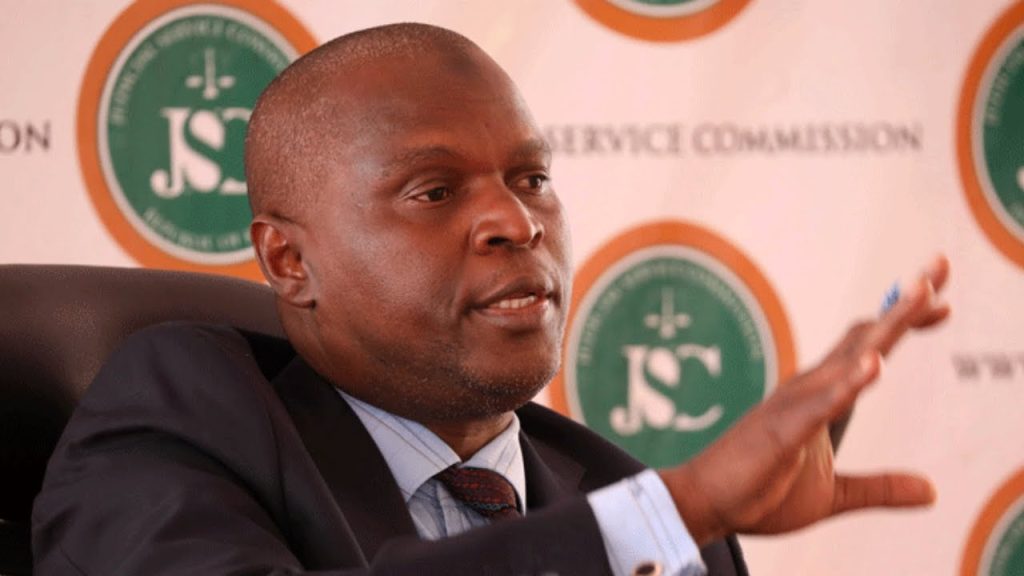 President Uhuru Kenyatta has suspended Justice Said Juma Chitembwe and appointed a Tribunal to investigate allegations of misconduct against the Judge.

This after the President received a Petition from the Judicial Service Commission on the removal from office of Justice Chitembwe, Judge of the High Court of Kenya.

The President notes that the Petition contains grave allegations regarding the conduct of the Judge and further notes that allegations of gross misconduct on the part of a judge erode the faith of Kenyans in the fair administration of justice.

“Upon consideration of the Petition of the Judicial Service Commission, together with its annexures, His Excellency has suspended Justice Chitembwe Judge of the High Court of Kenya, from office with immediate effect,” The President said.

Joseph Gitonga Riungu and Edward Omotii Nyang’au will be assisting counsel while Jasper M. Mbiuki and Sarah Yamo will be Joint Secretaries.

The suspension and appointment of the Tribunal comes after the Judicial Service Commission (JSC) recommended the removal from office of Justice Chitembwe over gross misconduct.

JSC said it had determined that a petition filed for Justice Chitembwe’s removal from office on the grounds of gross misconduct and impropriety presented sufficient grounds for his removal.

“At its meeting of 27th April 2022, the JSC considered the report of the panel on the petition initiated by the Commission on its own motion and is satisfied that the Petition discloses grounds for the removal of Hon. Justice Chitembwe Said Juma from office, pursuant to the provisions of Article 168(1) of the Constitution,” JSC said.

Kenya Insights allows guest blogging, if you want to be published on Kenya’s most authoritative and accurate blog, have an expose, news TIPS, story angles, human interest stories, drop us an email on [email protected] or via Telegram
Related Topics:Justice Chitembwe
Up Next