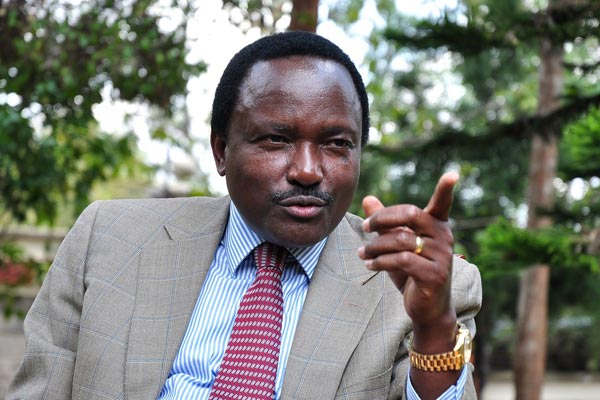 A prominent Meru-based lawyer known for filing cases against comrmon injustices by government agencies was on Wednesday shot by people on a motorcycle in Maua town.

Mr Mbogo was rushed to the St Stephen’s Kiirua Mission Hospital in Buuri Sub-County.According to witness accounts, the lawyer was puffing on a cigarette when the two attackers arrived on the motorcycle, and fired shots at him.

“We were resting when the motorcycle zoomed past his office, turned back, and fired shots at the lawyer who was smoking outside the office,” said one witness.

Another witness said the attackers acted very swiftly and made a quick getaway after the shooting.

“They were two men on the motorcycle. I just had one shot and they drove off,” said Mbogo.”We are following up to ensure that he is out of danger now, thereafter we will start investigations to catch the perpetrators of this heinous crime,” said Nelson Havi, the Law Society of Kenya (LSK) President. Mbogo who has law offices in both towns has recently taken to court the National Transport Safety Authority (NTSA) and won.

He also sued St Mary Girls High School, Igoji when it ordered home some of its students over arrears related to a controversial hostel project.He is known for representing clients on land-related issues.Presently, he is representing five clans who claimed they risk losing their land, in the Amungénti Adjudication section in Igembe South.

For the last 10 years, Mr Kirimi Mbogo, has represented the five clans of Igembe South residents in a case they they accuse former Vice President Stephen Kalonzo Musyoka of grabbing their ancestral land.

The size of the land is estimated to be 2,000 acres. In a press conference held at Meru Sports Club, Mbogo informed the press on August 13 what he alleges to be land injustices perpetrated by Mr Musyoka when he was Vice President.

The complainants wrote a letter to investigative agencies calling for prosecution of the case and justice to be served. The letter was also copied to President Uhuru Kenyatta besides being addressed to the EACC CEO and heads of DCI and ODPP.

The lawyer said Kalonzo grabbed 2,000 acres of land in Igembe South and settled his family and his people. He went ahead to say that Kalonzo’s late father Musyoka Mairu has a homestead in the disputed land.

As a consequence, the lawyer said that some people have been killed over the land dispute and blames Kalonzo and his associates of the deaths. One of the deceased was Mr Musyoka Mwenga who the lawyer says died recently in the hands of militia sponsored by Mr Musyoka and his alleged associates.

Additionally, the learned friend narrated that countless homes have been razed to the ground and no action has ever been taken against the former vice president despite the matter having been reported to the police. He says this was due to Kalonzo’s influence in government during the Kibaki regime when he served as his number two.

One of the government officials Mr Mbogo says was a collaborator with Kalonzo to dispossess residents of their land was area DC David Kipkemei who ordered the police to arrest and charge innocent residents. This was captured in Maua Criminal Case number 35/79/2012 and police OB/119/28/9/2012.

The residents accuse Kalonzo of making them go through untold sufferings caused by trumped up charges with allegations of creating disturbances in the disputed land.

Some of the arrested residents, however, the OCS at that time, is said to have observed that they were arrested from their homes not from the disputed land as Kalonzo and his alleged militia had told the police.

Luckily, Mbogo’s four clients were cleared of what he reiterates were trumped up charges. They were acquitted on June 24 this year.

In what appears to be whipping tribal emotions, Mr Mbogo said “Kalonzo is a Mkamba by tribe. We have interacted with them for years but they have no land within Meru land. From Igembe South to Akamba land, the nearest border is about 80 kilometres”.

The lawyer also cited that Kalonzo’s land is along Tana River.

Other than being accused of land grabbing, Kalonzo has been accused of being an abuser of office and the lawyer says he learnt this from “Old Kanu Regime”.

He said some of the local leaders aware of the alleged land grabbing is Meru Senator Franklin Mithika Linturi and Meru County Secretary Rufus Miriti.

The lawyer further blamed Kalonzo for asking for intervention of President Uhuru Kenyatta on the land matter. He said, this was in Tseikuru when the president attended the burial of Kalonzo’s father Musyoka Mairu. He claimed that Kalonzo asked Uhuru to intervene as he was being disinherited of his land in Igembe South.

Shock As Body With Coffin Dumped Outside Hospital