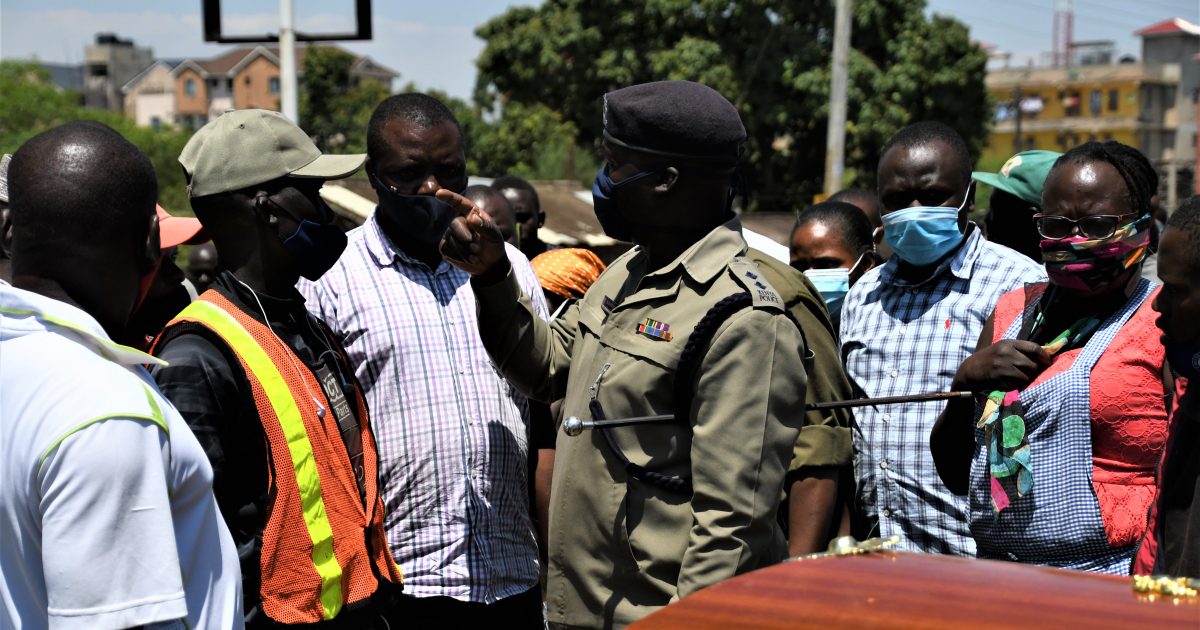 Residents of Lumumba and Ondiek Estates in Kisumu City were on Thursday treated to a bizarre incident after a coffin carrying the body of a middle-aged man was dumped outside Lumumba Sub-County Hospital in unclear circumstances.

According to eyewitnesses, three people were seen offloading the body from a pick-up before placing it on a wooden stand near the entrance of the Hospital.

They suspected that the coffin had been placed there to wait for clearance to collect a body from the nearby Star Hospital Mortuary.

“After staying there for hours we moved closer to it and discovered that it had a body,” said Vincent Odhiambo, a boda boda, operator who witnessed the incident.

Joseph Owino, who was at the scene at 9.00 am, said the individuals who dropped the coffin claimed that the vehicle had mechanical problems and were rushing to get it fixed first before proceeding with their journey.

The incident attracted a huge crowd bringing services at the Hospital to a standstill as police officers moved in to arrest the situation.

At around 2.00 pm when police officers from Kisumu East were almost taking the casket away, two men rushed to the scene and claimed the deceased was their relative.

The duo who were allowed to take the coffin, were instructed to first record statements with the police.

A pick-up carrying the coffin was driven to Kanyakwar area in Manyatta by the two men, who had claimed they were related to the deceased.

It is suspected that the bereaved family did not want to bury their loved one earlier within two hours as directed by the County Covid-19 Emergency Response team.

“It has become increasingly difficult to adhere to the Covid -19 regulations on burials. That is why I suspect they were buying time so that they take the body home after 3 pm to stay there overnight for burial tomorrow,” said Jerry Ojwang who witnessed the incident.