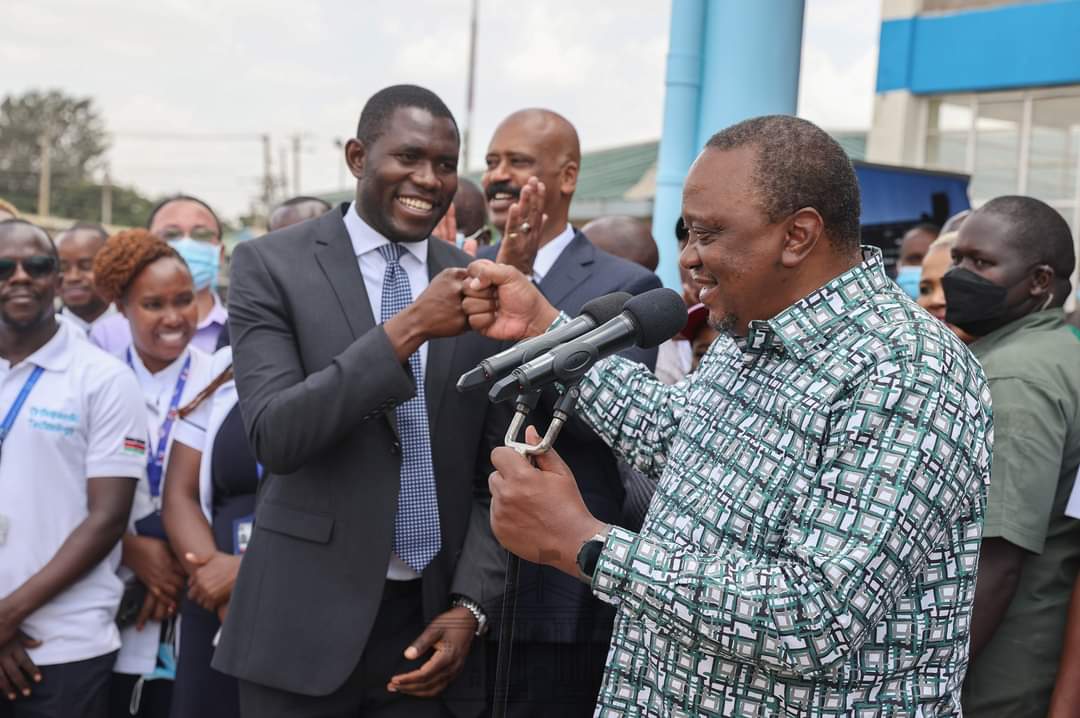 In yet another ‘handshake’ President Uhuru praised Dr. Oluga Ouma- Director, Health Services, NMS for a job well done in his tenure at the city’s office.

“We used to fight with this guy [Ouma Oluga] day in day out. Look what we can achieve when we work together!” The President said in accordance to the steps made by the director in reforming the healthcare system in Nairobi.

The President was addressing wananchi after opening the Mama Margaret Kenyatta Children’s Hospital in Korogocho, Nairobi, President Kenyatta said that he will focus on national unity and peace as the most important ingredients for the country’s progress.

He cited the newly opened hospital as an example of the developments that can be achieved if all leaders worked together for the country’s common good.

“If all of us, as leaders, join hands and concentrate on working together, we will succeed in transforming the lives of Kenyans. A good example is this hospital project that had stalled for close to 30 years but we managed to finish it when the national and county governments together with other leaders joined hands to ensure its completion,” President Kenyatta said.

The construction of the four-storey 350-bed hospital that is set to decongest Kenyatta National Referral Hospital as well as other level 4 hospitals in the city county was completed by the Nairobi Metropolitan Services (NMS).

Among the services that will be offered by the new facility include out-patient, in-patient, maternity, diagnostics, special clinics, intensive care unit services, dialysis, mortuary, accident and emergency services.

The hospital is one of the 24 health facilities which President Kenyatta directed NMS Director-General Lt. Gen. Mohamed Badi to build in Nairobi.

President Kenyatta pointed out that since the work on the 24 health facilities started, 18 of them have been completed and have served more than 4 million residents of informal settlements in Nairobi County.

“This shows that the efforts we have put in improving public hospitals are bearing fruits,” President Kenyatta said.

Dr. Ouma Oluga is the brain behind the expansion and construction of healthcare facilities in the informal sectors to decongest the weight on KNH.

In their fist bump, the president likened it with Raila’s and noted that bringing in Dr. Oluga’s brain who previously they crossed roads with as he served as the KMPDU Secretary General pushing the government to the limits in fight for better healthcare and welfare of healthcare workers, leading to standoffs and strikes, ended well. 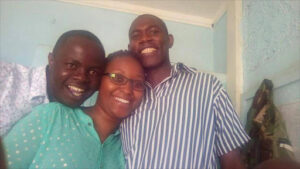 Following a standoff with the government in 2017, Dr. Oluga was jailed alongside five union officials after their refusal to call off doctors strike that stretched out to months.

Doctors were demanding the fulfillment of a CBA signed in 2013 that included a 300 per cent pay rise and better working conditions.

Working conditions subject to review including job structures, criteria for promotions and the under-staffing of medical professionals in government hospitals.

Doctors also accused the government of failing to stock public hospitals with basic medicines and supplies of items such as gloves.