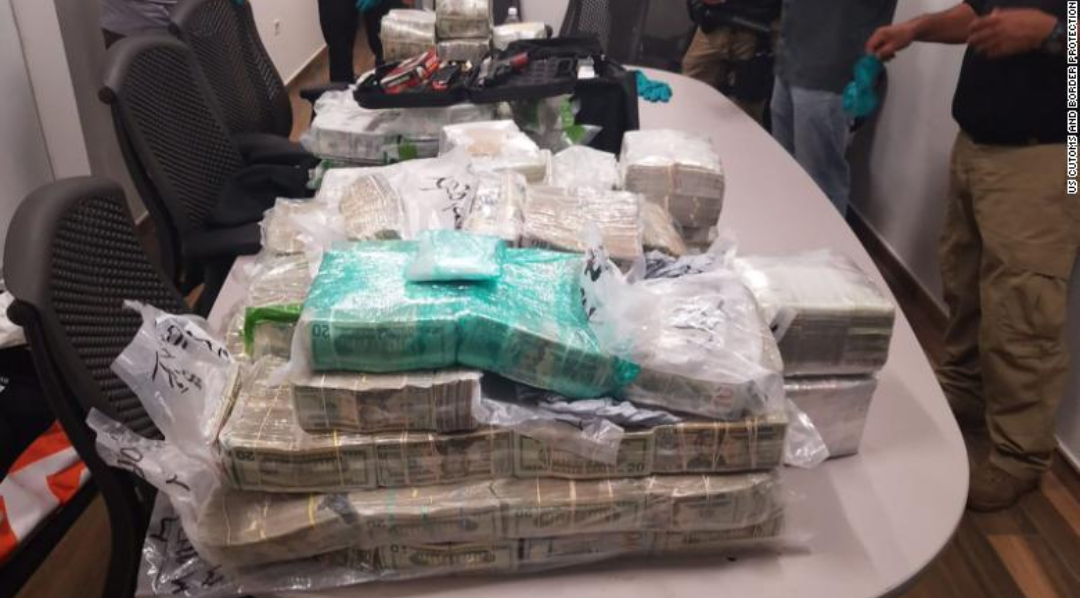 Five duffel bags stuffed with $3.7 million that were recovered along with a pistol and 63 rounds of ammunition Photo|RMS

After border patrol agents in Puerto Rico chased after a boat on Sunday, they found five duffel bags stuffed with $3.7 million (about Ksh.370 million) in cash.

US Customs and Border Protection agents, along with the DEA, made the seizure after tracking the vessel that was traveling without lights from Puerto Rico to the US Virgin Islands. As authorities followed the boat, it made an abrupt turn back toward Fajardo, on the east coast of Puerto Rico, and landed near the Rio Fajardo.

Occupants in the vessel could be seen unloading bags, according to the press release. As agents closed in, they fled the scene.

“We remain committed to working with other federal and local law enforcement partners to detect and deter smuggling attempts throughout the Caribbean,” Johnny Morales, director of air and marine operations for the Caribbean Air and Marine Branch, said in a statement Monday.

Inside the boat, the duffel bags full of cash were recovered along with a loaded pistol and 63 rounds of ammunition.

Kenya Insights allows guest blogging, if you want to be published on Kenya’s most authoritative and accurate blog, have an expose, news TIPS, story angles, human interest stories, drop us an email on [email protected] or via Telegram
Related Content:  High Court Blocks Prosecution From Playing Video In Lawyer Willie Kimani Murder Case
Related Topics:Boder PatrolDEAPuerto Rico
Up Next