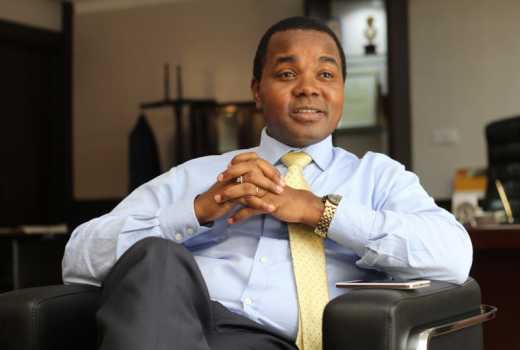 Gutted with Systems’s operations, Humphrey Muchiri an ordinary Kenyan has kicked off a petition to force reforms in the banking system, “Banks have been FRUSTRATING and STEALING from Kenyans by requiring debtors to pay up to 50 TIMES the principal borrowed against the law.” He writes.

This is in spite of Amendment No. 9 of 2006 of the Banking Act, which ushered in the application of the in duplum rule. This rule simply provides that banks only recover contractual interest that does not exceed the principal amount owing. At Section 44, the act clearly indicates that the amendment is retrospective, meaning that it is applicable to all loans including those that were issued before the change. Parliament’s resolve to afford inviolable protection to ALL debtors is evident in myriad Hansard records.

Eleven years on, however, the impunity that parliament sought to arrest persists. The expectation was that banks would align their practices accordingly, and that any discrepancies in applying the law would be cured in Court. But this has not been the case.

Indeed, judges have taken care to calculate interest and enable consumers to redeem their properties. It is perplexing that the same banks whose unconscionable interests are nullified in court just proceed to do the same thing to the next consumers, and the vicious cycle of blatant theft and abuse continues. National Bank of Kenya and its debt recovery employees are the most notorious culprits here according to the petition.

The violence of this illegal, usurious practice is horrifying. Many Kenyans have lost and continue to lose their properties and millions of shillings because of this kind of impunity.

And since most of the debtors who are affected by this illegal practice are now old, many have gone into shock or simply died. The amendment sought to shore up the right to redeem one’s property and prevent banks from bankrupting Kenyans just because they at one time needed and took loans.

Imagine being thrown out of property worth millions or even tens of millions just because of a Sh200, 000 loan that has miraculously shot up to Sh20 million. Imagine facing unscrupulous bankers bent on defeating consumers’ protection under Section 44 and even going so far as skipping the need to issue redemption notices according to the Land Act. The distress and losses caused by this evil are unfathomable.

“Urgent actions are needed to end this evil usurious culture at NBK and other banks ONCE AND FOR ALL. Banks and their officials MUST understand that rights accrue to ALL Kenyans, not just the few who manage to go to court.” Says the petition.

The precise requests of the petition to the relevant bodies and persons include:

The expectation is that the petition will go a long way into transforming bank practices as well as safeguarding lives and property.

Have you been a victim of this scheme or have a story on any bank that you’d like to share and be published? Write to me on ([email protected])