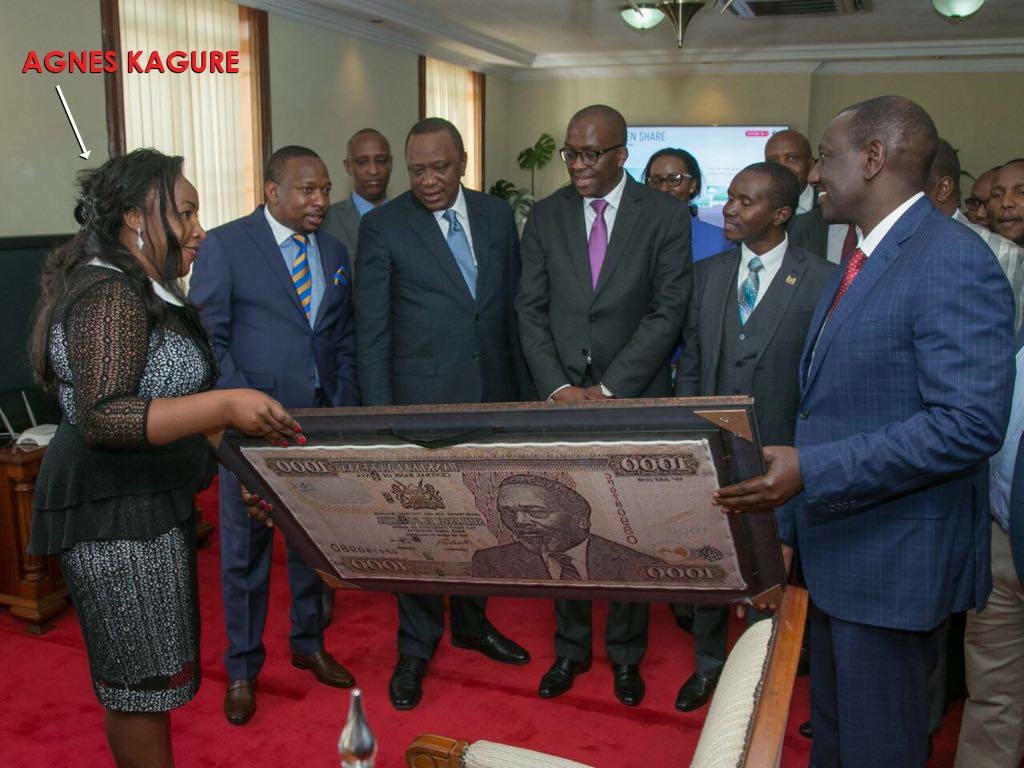 No one believed Roger Bryan Robson when he joked that some folks were trying to steal his land. A second-generation Kenyan of British origin, Robson died in August 2012. He never married and had no children. But he was a big-hearted man who put public-interest first as he planned how his estate would be administered after his demise.

Fifteen years earlier, in 1997, Roger had his lawyer, Guy Spencer Elms, draw up a Will spelling out his final wishes. When he was gone, the Will revealed that he wanted to have his two properties, a block of apartments in Upper Hill and a 5-acre parcel of land in Nairobi’s Karen area, sold and the proceeds, thereof, shared out between his nephew and a number of charitable organizations. The combined assets were valued at over Sh1 billion.

Specifically, Robson wanted his money donated to charities working in education and the environment, the latter reflecting his love for the environment and his life’s work as a landscaper.

Guy Elms anticipated his role to be pretty straightforward. He identified a public school to gift Robson’s money, and was contemplating funding the rehabilitation of Uhuru Park, which has deteriorated in recent years.

When citizens step in to fix public projects, that shows ours is a broken system, and that the authorities would be embarrassed to facilitate the process without a fuss. But in a country where corruption has become a way of life, conspiracies were hatched to thwart Elms’ attempts at honouring his client’s wishes and take possession of Robson’s estate. The fight would rage in courtrooms, drag in multiple players, including State officials, lead to arrests, threats, burglaries and at least one assassination attempt on Guy Elms. Robson’s father, Patrick, had settled in Kenya in the 1930s and married his wife, Betty, with whom he raised their two sons, Robson and Michael. Patrick and Betty died in 1974 and 1993, respectively. In 1995, Michael sold his portion of the family landholding company, Plover’s Haunt Limited, to his brother, Robson, and returned to England permanently.

This meant there was no other immediate relative in Kenya when Robson died in 2012, opening a floodgate of fraudsters hell-bent on claiming the deceased’s estate. Our efforts to uncover these brazen crooks led to the musty filing rooms at Ardhi House, the Ministry of Lands offices in Nairobi.

A typical scam unfolds this way; a land cartel at Ardhi House identifies elderly, preferably single, whites living in affluent suburbs. They then design specific schemes to inherit the land, by-passing any Wills and frustrating appointed executors. In some cases, they use existing occupants, such as long-serving servants, to claim “squatter rights.” In other instances, they use prominent business people and well-connected individuals to do the legwork. Meanwhile, files in the land registry conveniently disappear.

In at least one other case, we found an elderly woman who had died and bequeathed her land to a non-governmental organisation. During succession proceedings, the NGO found there were two people claiming adverse possession of the land. “Adverse possession” is a legal term for land to which another person has title, with the intention of occupying it.

The organization rushed to court and secured prohibition orders against any other party. To illustrate the high connections that these cartels enjoy, the judge’s draft judgement in favour of the NGO was altered during its typing (and uploading on KenyaLaw.org- http://kenyalaw.org/caselaw/cases/view/115721/
), to include several paragraphs that implied the alleged “squatters” had won possession of the land!

In the Robson case, no effort has been spared to take illegal possession of the land. These include several prominent politicians and State officials, a gospel musician, and a well-connected businesswoman.

In March 2011, Leonard Omwenga, Meshack Masese and Sammy Lotasa went to court to claim the Robson land, alleging they had lived on it since 1995. They alleged Robson had left the country that year and never returned.

When that attempt failed, two other claimants, Martin Waluchio and Friedrich Pietz, lodged their own claim. Pietz claimed he bought the land in 1994 for Sh30 million. They could not explain why they had waited 12 years to transfer the land. Their claim was dismissed.

Then came Ringtone (real name Alex Apoko), a popular musician renowned for his flashy cars. Ringtone claimed he was acting on his uncle’s behalf to claim the land. He did not reveal the identity of the alleged uncle.

The latest and most formidable attempt to claim the land is orchestrated by one Agnes Kagure Kariuki, who currently occupies Robson’s property, violating a court order prohibiting occupation. She has built a perimeter wall and some structures. Agnes claims she bought the land from Robson for Sh100 million in 2011. She allegedly paid in cash, in clear contravention of Central Bank of Kenya regulations that demand any transaction above Sh1 million must be paid through a bank transfer. Agnes is aware, of course, that claims of cash transactions are harder to prove, especially as dead men tell no tales.

Agnes produced a sale document to support her alleged purchase. A closer look at the sale documents, however, reveal many inconsistencies. Agnes presented a handwritten receipt for the alleged sale. Lawyer Michael Sakwa Osundwa claimed he drew up a sale agreement between Agnes and Robson in November 2011. Peter Mburu, an official at the lands registry, claimed he oversaw the land transfer.

Records show that Agnes claims to have bought the property on November 18, 2011 but effected the transfer on November 6, 2014 – three years later. The conveyance agreement, drawn in 2011, was not stamped until 2014 and we found no records for the payment of stamp duty—calculated as a percentage of the value of the property, and paid to the government, as required by law. What she cannot explain why after parting with such a princely amount never claimed the property until the seller had died, two years later.

But the mystery of mysteries was how a “transfer” could have been effected in favour of Agnes, when the title deed to the property was still charged to Habib Bank for a loan of an unspecified amount issued to Robson. Interestingly, even the PIN number that Agnes used in the sale agreement doesn’t exist. Our search with the Kenya Revenue Authority database drew a blank.

Robson’s alleged photo, used in the sale agreement, is also a fake. At the time of the alleged purchase, Robson was 68 years old, but the picture on file is that of an unidentified young white man.

And in a classic case of the hunter becoming the hunted, Guy Elms was arrested in 2015 and charged with forging documents to transfer the property to himself. His mitigation, that he had no personal interest in the land and only intended to protect the interests of his deceased client, fell on deaf ears. The Directorate of Criminal Intelligence and the Director of Public Prosecutions instituted charges against Elms for forgery, despite the National Land Commission determining that the legal papers had genuine signatures.

Robson’s signature in the Will was witnessed by Milkah Wangui Nduati and Mary Wathiru Kariuki, who were all willing to testify. Similarly, Ann Mululu, a partner at Archer and Wilcock Advocates where the Will was drawn, swore an affidavit affirming the Will was prepared by the firm.

The Directorate of Criminal Investigation and Director of Public Prosecution continue to refuse to take statements from these credible witnesses.

Even Robson’s brother, Michael, weighed in from England to confirm Elms was the lawful administrator of his late brother’s estate. This weight of evidence continues to be ignored by Kenyan authorities, which suggests they have interests, other than seeking the truth. What she like other claimants did not explain why after parting with such a princely amount never claimed the property until the seller had died, two years later. Stranger too is how she managed to get title to properties which had been charged to a bank because they had been used to secure a loan.

The well connected Kagure has been spotted with a former CS
Lands and she has bragged to have funded the election of a jubilee governor but her KRA records, the Co-operative Bank account details she gave to the firearms bureau don’t show any sign of such wealth.

On 22nd September 2016, Agnes Kagure Kariuki applied to the firearms licensing board, seeking to obtain a firearm for her protection, and listed the following businesses in her application:
1. Antonio’s grill,
2. Dynamic Mini Mart
3. Consolota Pharmacy
4. Universal Nautical Ltd.

Agnes has bragged to Guy Elms about her powerful connections. She has sent emissaries to Guy asking him to hand over the land documents in exchange for “amnesty” over his “forgery” case. Elms declined. His efforts to hand over the land documents to Kenya Wildlife Service and Kenya Forest Service, have come a cropper. Guy Elms is not a beneficiary of the land and he is only defending his client’s wishes.

Agnes continues to occupy the land in contravention of a court order, dated July 2015, maintaining the status quo, pending the hearing and determination of the case. The police have refused to effect the order and further refused to charge her with trespass. Between December 28, 2017 and January 4, 2018, Guy received fresh death threats and reported the matter to Muthangari Police Station. The Court case against Guy has highlighted numerous inconsistences and legal irregularities in the paperwork provided by Agnes Kagure Kariuki. However, in spite of this, the fraudsters, arrogantly, continue to go about their business, protected by Government officials who are part of the cartel.

The Upper Hill flats were claimed by two men, Peter Gaitho and Thomas Murima. They claimed they had bought the land through share transfer, totalling Sh193,740, from Robson and his mother Betty in 2010. Betty died in 1993, so she could not have transacted with the duo. They presented forged company records (CR12 CI384), dated April 30, 2015, to prove ownership.

Agnes, 43, is a former insurance executive with deep ties to the political establishment. In July 2017, her name was proposed for nomination to Parliament by Jubilee, though her bid was unsuccessful. Governor Sonko has mentioned he is considering naming her to replace Polycarp Igathe as Nairobi’s Deputy Governor.

The Environment and Land court, earlier this year, gave temporary orders restraining Agnes Kagure from occupying yet another disputed property. Joel Munene moved to court seeking a temporary injunction to restrain Kagure or her agents from entering, occupying, trespassing, selling or in any other way interfering with the property known as Nairobi Block 83/1903, pending hearing and determination of the suit.

Agnes Kagure, who might become your next Deputy Governor is, allegedly, part of the land cartels operating within Nairobi. Has she defrauded you? Or have any information worth going to the public on her? Email me(in.kenyawest@protonmail.com)

Part 2 continues to tell why she’s the worst option for Nairobi by dwelling into other scandals pinned in her.