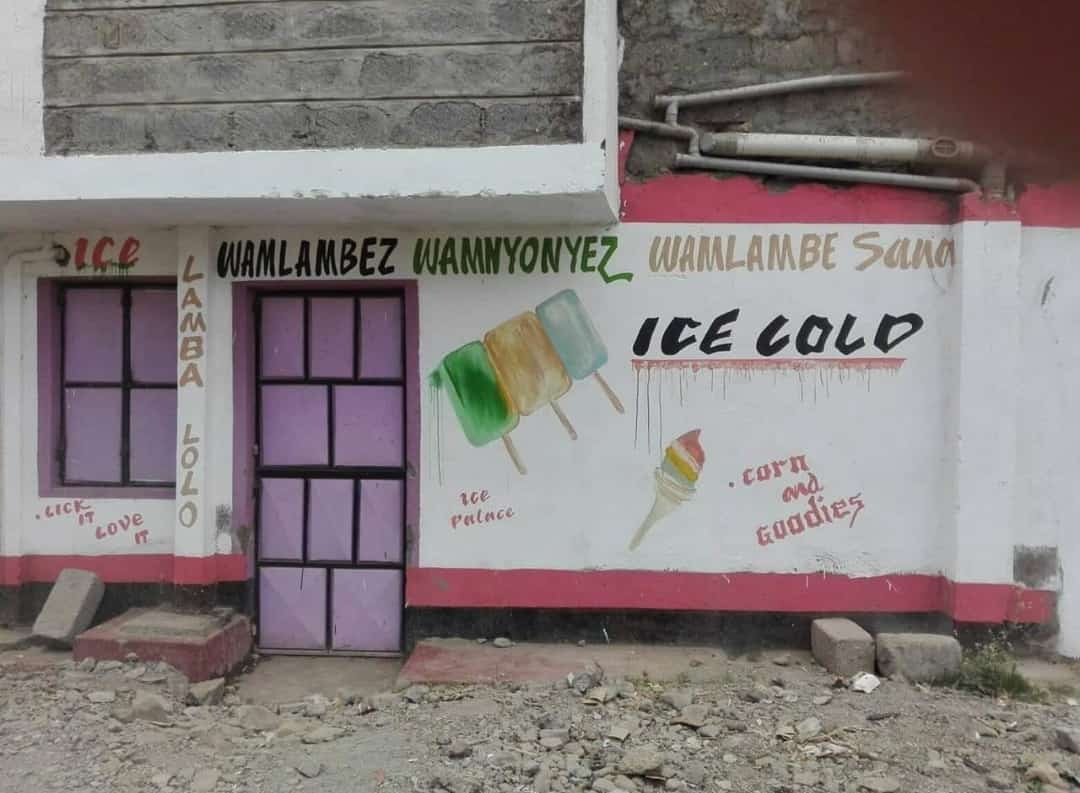 Majority, if not all of you have already heard of the Phrase ‘wamlambez wamnyonyez’.

Some of you have used the phrase  to mean something totally different from what it originally meant.

Wamlambez wamnyonyez’ has been used on the lips of every Nairobian youths.

The youths in the City under the sun have produced the ‘wamlambez wmnyonyez’ songs- which loosely means ‘licking and sucking.’

But the real origin of ‘Wamlambez Wamnyonyez’ is an old ice cream shop in Eastlands, Nairobi.

The ice cream shop started operating in 1990 under the name- Ice-cream CONEnection. 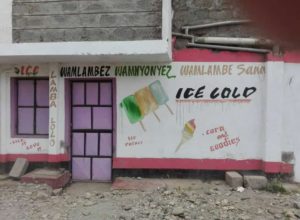 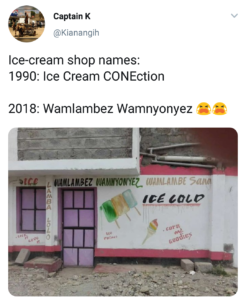 The ice vendor store changed its name in 2018 to the now popular phrase WAMLAMBEZ WAMNYONYEZ.

They were operating under a business tag, Lamba lolo. Another Nairobi’s popular phrase.

Sheng speakers, now you know the original meaning of wamlambez wamnyonyez. And for those who had no idea of the phrase~ Now you have the insights

Kenya Insights allows guest blogging, if you want to be published on Kenya’s most authoritative and accurate blog, have an expose, news TIPS, story angles, human interest stories, drop us an email on tips.kenyainsights@gmail.com or via Telegram
Related Content:  Jirongo Has Many Kids He Bought Them Own Minibus To Take Them To School, Opens Up On His Wives And Girlfriends
Related Topics:Ice-creamShengwamlambezwamnyonyez
Up Next

Wanuri: Rafiki Was Successful Because Of Kenyans