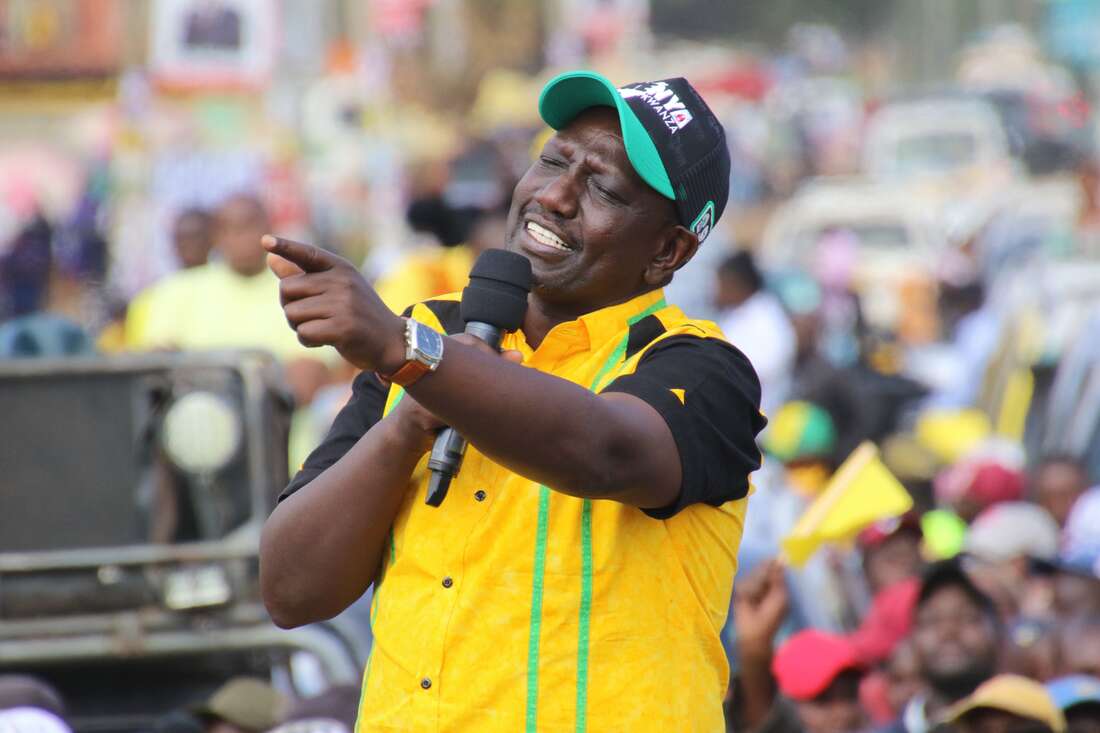 During a meeting with European Union officials last week, deputy president William Ruto while updating the union on the state of the election preparedness and his confidence in the Independent Electoral and Boundaries Commission(IEBC) in conducting credible elections, the DP sensationally said that he had his own doubts while alleging that already he had information that over 1 million votes from his strongholds have been wiped out of the register.

Known for making allegations without tabling evidence, the DP who previously called out the opposition leader for seeking external help during elections, pleaded with the EU to intervene in making sure the elections are credible.

In a subtle rebuttal to the unsubstantiated claims, the commission on Wednesday announced that 246,465 deceased voters have been discovered in the ongoing audit.

481,711 duplicate records and 226,143 voters registered with IDs that do not validly belong to them were also found.

The number of registered voters with invalid identification documents (IDs and Passports) was 164,269.

The total number of voters in the register who risk being scrapped is 1.18 million, the number cited by the DP in his earlier false allegation.

IEBC contracted KPMG to audit the register and were expected to release the results on 9 June but the new developments has since forced the results announcement to be postponed.

Ruto has on several occasions claimed that there are plans by ‘deep state’ (even though he’s in the deep state as the DP) to rig the elections. In his most recent panic remark, he claimed that the ‘NSIS’ the national spy agency was working on favoring his opponent Raila Odinga to win the august poll.

Related Content:  Insight: You Converted All Bars To Coffee And Biriani Houses Lawyer Donald Kipkorir Breaks It Down Why Mombasa Is Dying

This followed a roadside claim by a PS that the NIS had projected that Mr Odinga would lead the polls by over 60 percent, the cut above that would make him the president.

The statement ignited fire in Ruto’s belly and went into a tantrums spree. While addressing his supporters, Ruto rubbished the PS and the cited NIS report bragging that as the second in command, he gets all the intelligence briefings after the president and he was privy to all the reports.

He further told his supporters that the genuine intelligence report that he has puts him ahead of Odinga with 8percent in the August poll. It was appalling to hear a state officer privileged to have such a report breach the code of secrecy and spew it out to the public to stimulate his supporters.

The hilarious part is that his party UDA write to the NIS seeking for the PS to be investigated and for the clarification on the said 60% Odinga’s lead, the ironies and cut a crosses of the political games are endless.

NB: The opinions are writers own and doesn’t represent those of Kenya Insights.

KENYA: The Irony Of Surplus Power Yet Electricity Is Expensive