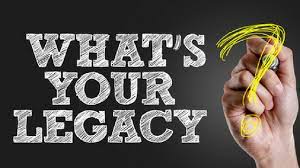 August 9 general elections are drawing closer and all Kenyan politicians and new entrants seeking elective positions are all out with well-oiled propaganda machines to sell fake ideas to the voters.

Leaders who have been occupying offices for the past five years or more are lining up for re-election without any track records to show. Others who are retiring after the expiry of their tenure are also seeking alternative elective positions to keep enjoying privileges which come with these plum positions.

Another bunch with their posters all over is individuals who have resigned from senior government positions where they have looted enough to buy their way into political positions.

It is the practice in Kenyan politics which is laced with high voltage corruption and use of money to bribe voters to ascend to political positions which have become safe havens for corrupt individuals.

Not many aspirants rely on proven track records or legacies to gain voters’ approval for an elective position. In fact aspirants with legacies, integrity or track records which speak volumes are most likely to be rejected at the ballot than corrupt leaders who can easily buy their way by bribing voters to sail through.

A perfect scenerio is the case of a former MP for Kasipul-Kabondo Constituency who was the best performing law maker in the Luo Nyanza region for the two terms he served his constituents.

He also rehabilitated semi-permanent structures in 240 schools to permanent buildings, equipped classrooms with desks and bought some 28 buses for local schools by end of his second term.

In fact he was feted as the best performing MP who built the highest number of schools with the CDF allocations but when he sought a higher office, he was played at the ballot.

He offered his candidature for Homa Bay gubernatorial position in 2017 but was rigged out and accused of going against ODM party politics despite having a track record which mirrors how he would perform at the helm of the county government.

ODM is the most popular party in Luo Nyanza but this performer was challenging the incumbent who was rigged in during party nominations and at the ballot where he ended as an independent candidate. He was accused accused of going against ODM leadership which preferred that the corrupt incumbent serves his second and final term. 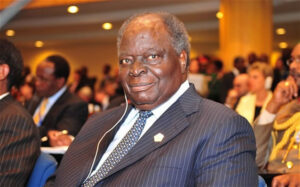 But the man is back again and he is eying the same position which will fall vacant when the incumbent’s term expires in August but the politics around his candidature right now is that he has been in the cold for five years and no longer has deep pockets to bribe the electorate or to properly oil his gubernatorial campaigns.

People are being coerced to turn a blind eye on his legacy but to concentrate on his weak financial muscles and favor corrupt individuals who have shifted from elsewhere and are also eying the same seat.

A former Nairobi governor is among the top aspirants lining up for the Homa Bay top seat despite their corruption records. A man who is facing numerous corruption charges including a case where he was accused of conspiring with Nyakach MP to defraud the Nairobi County Government Sh.58 million.

In 2020, the High Court gave the Director of Public Proscution go ahead to admit as evidence, details of a bank account belonging to one of his close associates who served in the accounting docket.

The associate was the head of accounting during this aspirant’s reign at Nairobi County and his bank details showed how Sh 237 million was moved from City Hall to a private individual’s account and then finally to his account.

The two suspects also conspired with other members of the staff at City Hall to defraud Nairobi County of the said amount. But the tainted figure that the man is and his deep pockets are the ‘qualities’ he will rely on to succeed the current governor whose tenure has also been marked by massive corruption and looting of public funds.

Even elsewhere downsouth, a leader who served as the deputy president but had been accussed of massive corruption by then president proved to be more appealing to the electorate who gave him the opportunity to ascend to the highest office after the sitting president was suspended by the ruling party.

The then president was in fact accused of meddling in his succession politics by levling corruption allegations against his deputy, who was a potential succesor, to cut short his dreams of becoming a president. He was rebuked even by the electorate but once his deputy ascended to power, his administration became the most corrupt in South African history and he was kicked out presidency on the same grounds.

He is still fighting corruption cases to date after being realsed from prison last September and placed on medocal parole. The corrupt ex-president was serving a 15-month sentence for contempt of court.

The man became a president on zero legacies but for being on the headlines over corrption allegations. It’s almost the norm everywhere, leaders and aspirants with track records that speak volumes are not always lucky at the ballot.

Majority of the electorate pay less attention to legacy leavers who are the true leaders who operate in a manner that transforms lives and build trust for a greater good.

Closer home, former Kenyan president Mwai Kibaki is remembered for accomplishing something that set standards on the performance at the presidency, a decade since he left office but voters are still falling in the traps of mediocre politicians.

Cyprine Omogi is a Kenyan Education Officer, she is also passionate about good governance and realization of a graft free society.

Kenya Insights allows guest blogging, if you want to be published on Kenya’s most authoritative and accurate blog, have an expose, news TIPS, story angles, human interest stories, drop us an email on tips.kenyainsights@gmail.com or via Telegram
Related Topics:Corruption at City HallCorruption in Homa BayCorruption in KenyaEACCIEBC
Up Next

MoH, Stop this unconstitutional document, it is an illegal SRH Policy. We want a Reproductive health policy, not a Bible!