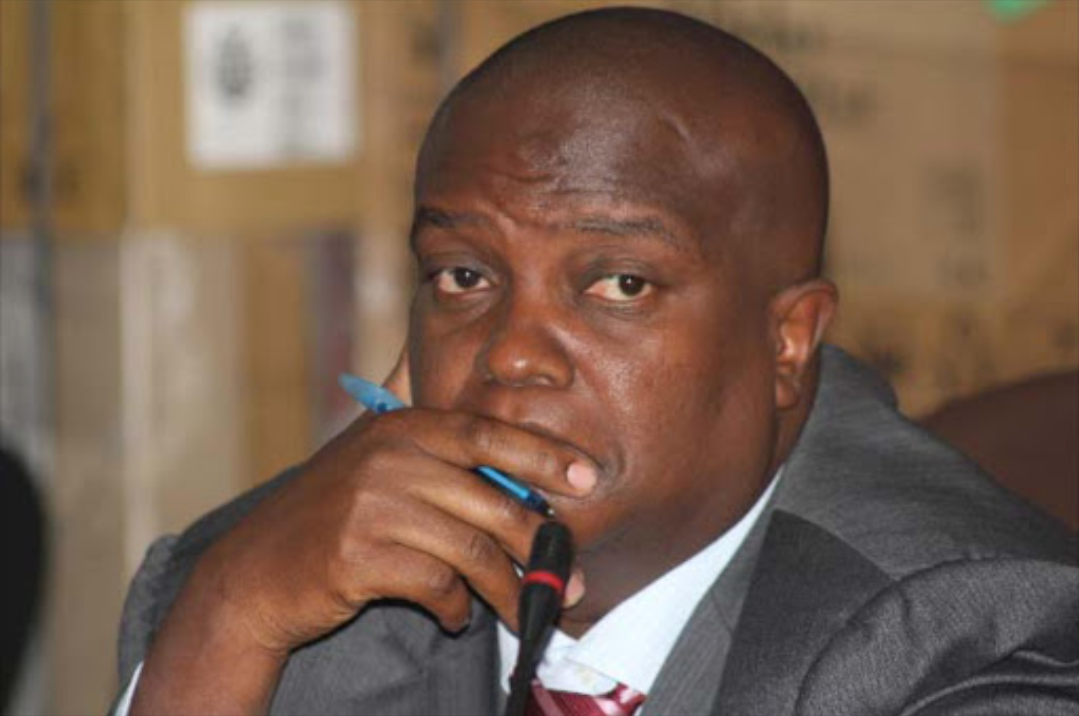 While Jimmy Kiamba, the former Nairobi Finance minister was ordered to pay the government 317million, NYS suspect Bernard Masinga Ayienga is enjoying his alleged loot thanks to ‘anticipatory bail’ that has granted him freedom.

Bernard Masinga, a former senior Finance Officer at the Ministry of Youth and Gender Affairs had initially approached the High Court seeking an anticipatory bail to evade his possible arrest and prosecution.

Justice Ngenye Macharia of the Criminal Division at Milimani law Courts declined to block the arrest of Ayienga over his links to the Sh9 billion NYS scandal stating that his application lacked merit.

Ayienga belongs to a job group where people earn between 81,940 to 109,800 tops but he lives like a superstar.

It’s totally impossible to explain how he affords the super expensive trips and palatial homes in Nairobi’s suburbs.

Ayienga blew his cover when he posted pics of his flamboyant lifestyle on Social media.

If you take a look at his Facebook account, you will understand that Ayienga is no ordinary man as he may seem to be.

For instance, Ayienga spends his holidays in London, Malaysia Canada, South Africa and DC, well just to name but a few.

If you value Ayienga’s lavish houses and Homes you’ll get a figure that man in his salary bracket would probably take a century to acquire.

Ayienga is also a man of questionable character if you can remember his reaction to the DCI’s investigations.

In his anticipatory bail application, a frightened Masinga told the court that the DCI had called him to record a statement at their headquarter in Kiambu and that later on 27th April, 2018 he was detained for three hours at the Jomo Kenyatta International Airport, JKIA while traveling to Uganda.

Further, that on his way back into the country on 29th April, 2018 he was again detained and was only released after his wife executed a personal bond of Kshs. 1,000,000/-.

While Masinga attempted to pin his detention to the DCI, his allegations were dismissed due to inconsistencies with court convinced that it was only linked to normal immigration procedures.

In pushing further to bar his arrest, Masiga told the court that he deposes that bail is warranted because of his poor health.

Masinga told the court that he suffers from a heart condition for which he underwent a surgery and which negatively affected his blood pressure. That he was on blood pressure and blood thinning drugs on a permanent basis.

He stated that if he was detained in custody, his health would be compromised. It was all dismissed.

Masinga is the man who controlled the finances when almost Sh10B of public money was stolen.

Masinga’s lifestyle betrayed him and his reflex actions in stopping arrests clear symptoms of guilt.

Masinga’s case is one of the most prominent that have been given a mercy death.

Related Content:  It’s The End Of The Road For Kiambu Governor Ferdinand Waititu

Well, at least everyone can agree with me that, it still doesn’t make any sense how he never got arrested and prosecuted.

With that out and aside, the decision to have Jimmy Kiamba, pay the government 317million was reached after the Anti- Corruption Court ruled that Kiamba is in possession of unexplained assets.

“I therefore declare that the total sum of the, money indicated to be unexplained assets,” ruled Justice Hedwig Ogundi.

According to Justice Hedwig Ogundi, Ethics and Anti-Corruption Court (EACC) had already established a case against Kiamba.

In the Judgment, Justice Hedwig stated that Kiamba must pay the government 35 million and another 282,648,604 million or risk losing his Home in Runda Water Estate.

Through their lawyers, EACC stated the a probe into Kiamba’s account detected an active fraud at play.

James Kariuki, an investigative officer, stated, in Court,  that Kiamba used his driver and security guard to make questionable deposits into his personal bank account.

EACC had also requested the court to grant Assets and Recovery Agencies a go ahead to forfeit kiamba’s assets worth 872 million, of which, they stated that they remain unexplained.

According to the Agency, the value of Kiamba’s assets are disproportionate to what’s known to be his sources of income.

Kiamba defended himself stating that he is running other businesses parallel from employment.

He stated that he’s in Hotel business, transport, rental income as well as water business, at the same time his wife was running interior design, Farming and beauty parlor.

After thorough analysis, the High Court ruled that EACC had determined a probability that the cash deposits which Kiamba tried to explain through the revenue collection above were cooked and entailed unexplained assets that should be forfeited to the State.

Kenya Insights allows guest blogging, if you want to be published on Kenya’s most authoritative and accurate blog, have an expose, news TIPS, story angles, human interest stories, drop us an email on tips.kenyainsights@gmail.com or via Telegram
Related Topics:Bernard MasingaEACCHigh CourtJimmy KiambaNYS
Up Next