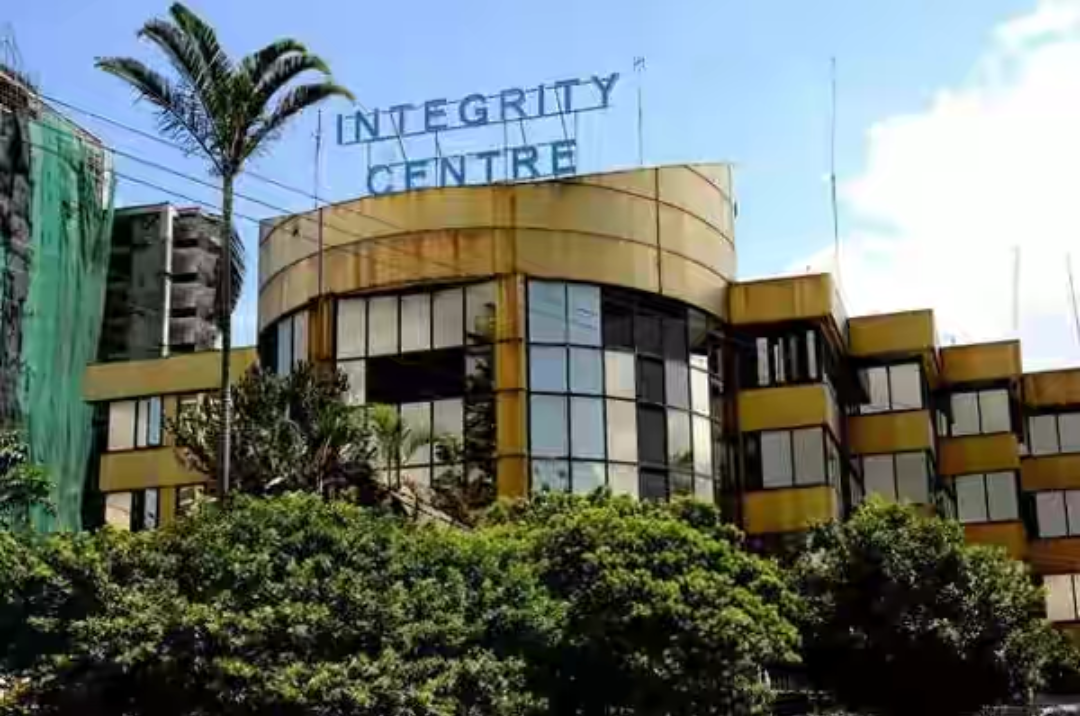 A file photo of EACC headquarters in Nairobi. Photo|SMG

According to documents being held by EACC, Biketi The first time accountant acquired residential Storeys in Mtwapa (Kilifi), Mombasa and Kitale.

EACC detectives told this writer that Biketi acquired these sh 227 million worth properties in past 5 years alone.

On top of all those multi-million properties, Musuya also acquired a brand new Toyota Prado, A Toyota Harrier and a Toyota saloon worth sh 10M under his clandes details.

However, EACC detectives have unearthed that Musuya received cash deposits into his bank accounts totalling to Sh45.5 million. His salary excluded.

According to documents presented before our detectives, Musuya also received a total of Sh7.9 million over his personal M-Pesa account.

In 2015, EACC detectives established that Kerubo, Musuya’s clandestine owned a Toyota Prado worth Sh5.6 million under her name but buying documents indicate that it was bought by Biketi.

Ahmed Iftikhar, a Pakistani car dealer  who sold Bekite the said Prado told EACC detectives that he was paid in two instalments of Sh3 million and Sh2.6 million within hours.

Mildred Kerubo 46, a clothes trader was arrested earlier this year and confessed to EACC detectives that she’s not the owner of the Prado she drives.

Kerubu told EACC that Biketi only used her particulars to acquire the Prado.

EACC joined the dotsfrom Kerubo’s confession and through IFMIS, they unearthed that there are 6 firms registered under her name.

All of the said firms have been Receiving backdoor contracts from Trans Nzoia County and have been paid over Sh177.7 million by Trans Nzoia county through Biketi Musuya.

The firms in record are
1. Nyansha Enterprises that was
paid Sh49.9 million,

3. Girlful Enterprises that was
Paid 21.3 million.

In 2014-15 financial year, Musuya was appointed as a member of the county procurement committee for approval of all tenders under Sh500,000.

Our investigations reveal that EACC quietly obtained orders from Justice Onyiengo on March 24 that saw Biketi’s three bank accounts frozen with Sh15.7 million in them.

EACC chair Twalib Mbarak said they are set to file a recovery suit of assets worth Sh286 million before the Bank accounts freezing order expires on June 24.

Twalib Mbarak served Musuya Biketi with an official letter dated March 28, 2019 binding him to explain the now known disproportion between the value of his assets and his legitimate source of income within a week.

Kenya Insights allows guest blogging, if you want to be published on Kenya’s most authoritative and accurate blog, have an expose, news TIPS, story angles, human interest stories, drop us an email on tips.kenyainsights@gmail.com or via Telegram
Related Content:  Governor Khaemba turns Trans-Nzoia into a hotbed of nepotism
Related Topics:EACCMildred KeruboMusuya BiketiTrans Nzoia CountyTwalib Mbarak
Up Next