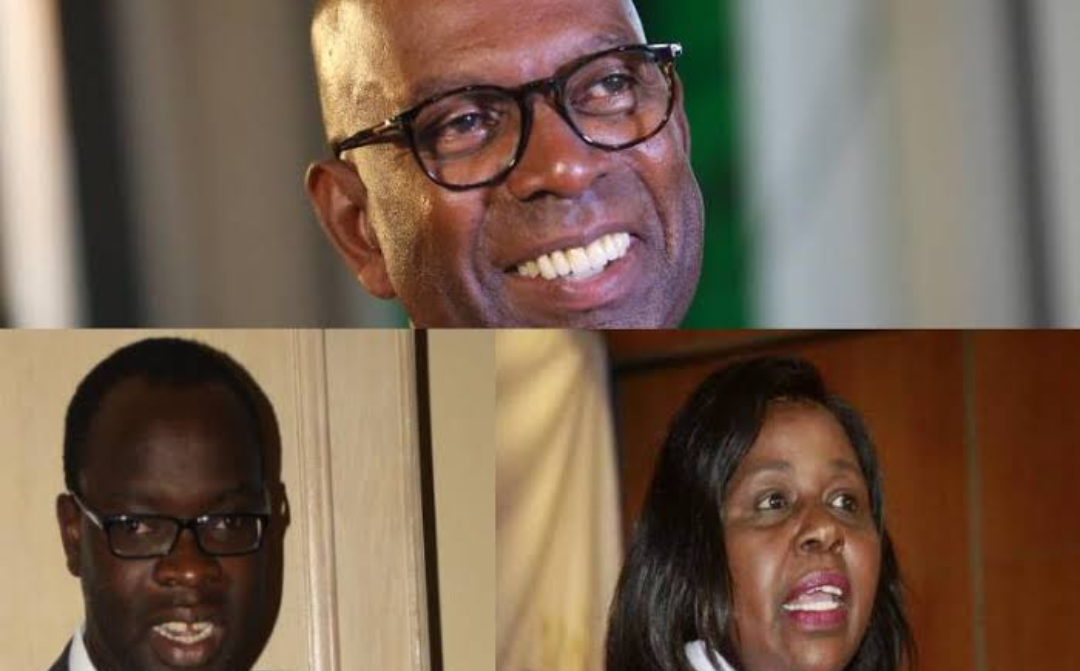 Juja MP Francis Munyua Waititu alias Wakapee who returned home on Friday after successful treatment for brain cancer has said that Nine MPs and four Senators are among thousands of Kenyans being treated for cancer in Indian hospitals.

Waititu stated that the identity of the MPs cannot be revealed but said that most of the affected MPs are booked at Apollo Hospital outlets in New Delhi and other cities in India.

In his 2months stay in India, Waititu stated that he interacted with senior Kenyan government officials and well-known businessmen being treated for cancer in India.

On why public figures are not talking about their health issues, Waititu had this to say,

“So many people are suffering in silence from cancer. Nobody wants to talk about it because of the stigma behind it. In India, I met hundreds of cancer patients from Kenya alone. Among them were nine of my fellow MPs and four Senators. The cancer scourge is enormous and we can no longer afford to bury our heads in the sand. We must get out and talk about it,”

According Ministry of health, about 10,000 Kenyans travel abroad every year in search of advanced treatment at an estimated expenditure valued at 10 billion in the same period.

While talking to media, the legislature highlighted the plight of Kenyans who were taken to India for treatment and that of their caregivers who are sleeping in the streets after running out of money.

“Those people you have been helping in fundraising to go for further treatment in India cannot find anywhere to lay down their heads . . . they are sleeping in trenches because they cannot afford renting the expensive houses in India,” said Waititu.

Related Content:  Ken Okoth Knew His Time Was Up And Like Bob Collymore He Was Prepared His Doctor Reveals

Personally, it hurts rather pains me to see a lawmaker see Kenyans suffer in foreign countries because of something the very legislature can bring to the floor of the house and discuss for his and other Kenyans benefit.

I mean, according to Wakapekee, he spent 1.8 million for 2months on rent alone. Let’s not even talk about the estimates he might have used for his medication.

“Cancer is a serious disease. The reports we have now indicate that there are over 60 MPs with cancer… As leaders, we need to strategize on the way forward and how we will deal with the disease,” said Governor Sonko.

‘Cancer is a serious disease. The reports we have now indicate that there are over 60 MPs with cancer… As leaders, we need to strategise on the way forward and how we will deal with the disease’ ~ Nairobi Governor Mike Sonko #RIPLaboso pic.twitter.com/j7hmpHaquC

Sonko made the disclosure while addressing journalists at Lee Funeral Home in Nairobi following the death of Bomet Governor Dr Joyce Laboso on Monday.

The business mogul Chris Kirubi is also battling acute cancer of the colon. Kirubi returned to the country in March after travelling to the United States in November 2017 for specialized treatment.

The late Nyeri Governor Nderitu Gachagua, who perished in an accident was also under medication cancer of the pancreas.

Former Kitui West MP Francis Nyenze who passed away in December 2017, was battling colon cancer for over a decade.

On the first day of July, Kenyans started the week with the shocking news that Collymore had passed on at his home in Kitusuru.

Bob Collymore, the Guyanese-born national who was the Face of Safaricom succumbed to Acute Myeloid Leukaemia (AML).

Yesterday, West FM journalist Dennis Omondi, who is admitted in India with leukemia, appealed for help, saying treatment was stopped a week ago after he run out of money.

According to KNBS, About 40,000 Kenyans get diagnosed with cancer annually, and the killer diseases takes about 15,000 people every year.

In 2015, ministry of Health conducted a survey that revealed that 40 per cent of Kenyans who travelled overseas for treatment had renal (kidney) diseases.

Mary Wangai, from the Standards and Quality Assurance department at the ministry of Health stated that currently, the government approves and documents patients seeking treatment outside the country.

Kenyan Network of Cancer Organisations chairman Dr David Makumi stated that, 75 per cent of cancer patients seeking treatment in India can be treated in Kenya for less money.

“The remaining 25 per cent would be patients needing specialised surgery or bone-marrow transplants,” Dr Makumi said.

According to Dr.Makumi, Indian exodus for many poor Kenyans is unnecessary but is planned and executed by doctors seeking kickbacks from India and the medical travel agencies in Nairobi.

A recent World Bank feasibility study shows that the establishment of a functioning cancer screening and treatment centre in Kenya would cost between 1.5billion to Sh2 billion.

Cancer is killing and has whether directly or indirectly, affected so many Kenyans, it’s about time its screening be made free and the ministry of health make sure cancer machines are functioning and effective.

Kenya Insights allows guest blogging, if you want to be published on Kenya’s most authoritative and accurate blog, have an expose, news TIPS, story angles, human interest stories, drop us an email on [email protected] or via Telegram
Related Topics:Cancer
Up Next