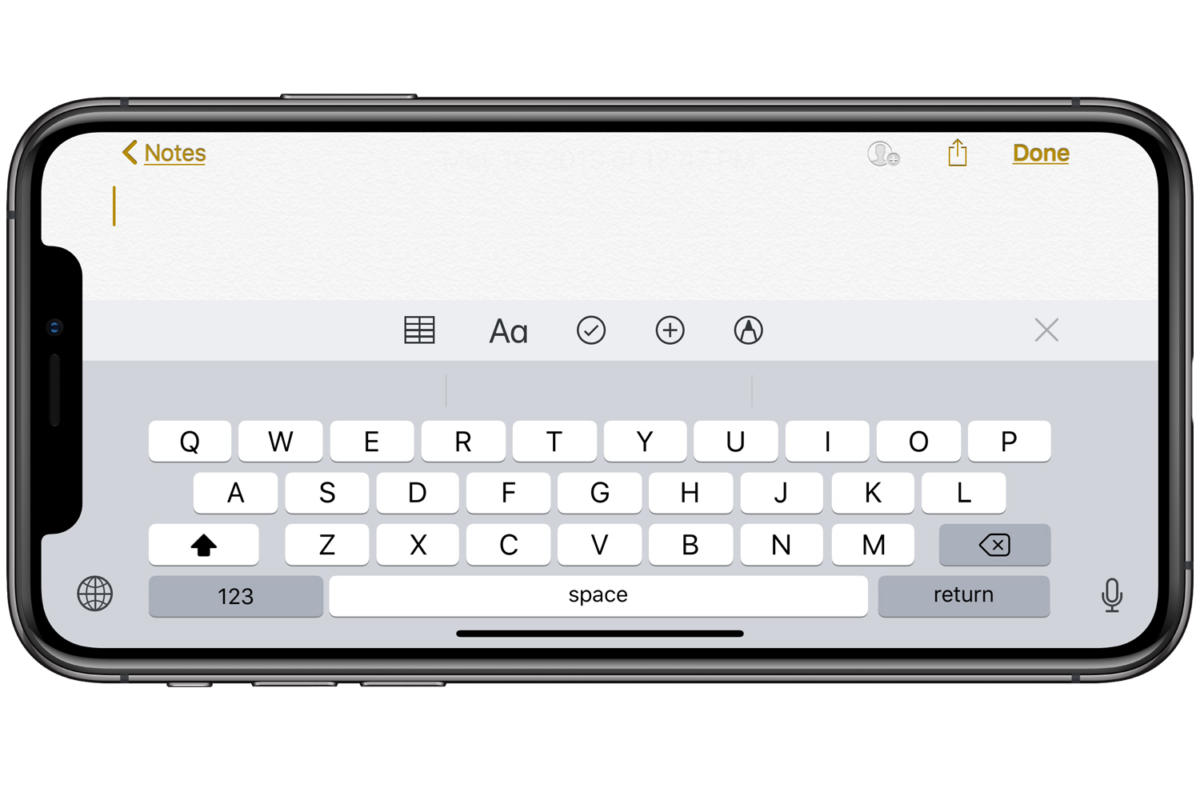 Apple Inc, an American multinational technology company headquartered that designs, develops, and sells consumer electronics, computer software, and online services has already started making its fanatics to admire the next series of its unreleased products. iPhone 11 Pro was released just a few weeks ago!

According to an exciting new patent application from Apple, the company is looking to replicate the familiar feeling of typing on a keyboard to touchscreens. The patent, uncovered by Patently Apple, explains how haptic motors and electrostatic charges would make the virtual keys feel more like physical ones.

“Electrostatics may use an electrical field to attract and/or repel conductive objects, such as a user’s finger. Changing the normal force between a surface and a conductive object directly affects the friction between the two, and the resulting forces may be perceived as texture when the object moves,” the patent reads.

Basically, what Apple is saying is that this is something that looks like a keyboard on-screen that ‘feels’ like keys thanks to the imagined ‘texture’ and it should feel just like you’re typing on a regular keyboard. I don’t know if the theory FEELs from your end, me thinks this looks like a modernized past, and yes, I mean this feels good from my side. Or you are waiting to see it to believe it!

Still, it’s a fascinating idea and could prove a viable alternative for iPad keyboard cases and the like for people who only occasionally use their tablets for long-form writing.

But as ever, patents should come with a health warning: very few of them actually get made into products you can buy, especially with Apple which has over 80,000 of them. Whether we’ll see this particular one in a product likely depends on how well it works in practice.

Related Content:  Potential New Malaria Vaccine Shows 77% Efficacy in Trial
Kenya Insights allows guest blogging, if you want to be published on Kenya’s most authoritative and accurate blog, have an expose, news TIPS, story angles, human interest stories, drop us an email on [email protected] or via Telegram
Related Topics:AppleFeel touchscreensiPhoneKeyboardUSA
Up Next

How To Hide Your Personal Activity From Google And Surveillance