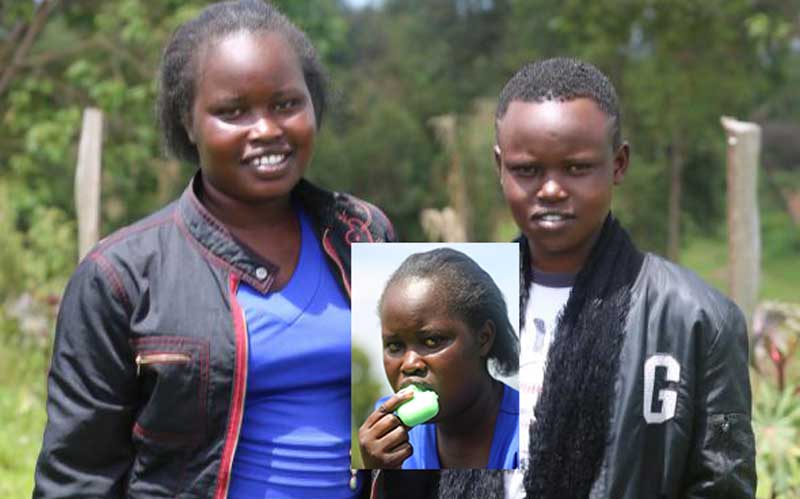 Sharon Chepchirchir, 24, and her sister Lydia Chepkemboi, 17 from Nandi County have a rare craving and appetite for eating soap. Oak Tree Centre for Kidney and Chronic Diseases Hospital has invited the sisters for a series of tests after The Standard highlighted their story last Friday. Here is the video the Starndard  published last week.

“We are glad that the hospital was touched by our plight and desire to quit eating soap. It is also our hope that the tests will demystify our condition and lead to correction of the problem,” Chepchirchir said.

Mathew Koech, the hospital’s lead consultant said that they would carry out the tests at no financial costs to the family.

Dr Koech, a specialist in kidney diseases, described the soap-eating condition as rare.

“I read about this strange case from one of the WhatsApp groups – a medical school class group. It sounds to me like these cravings point towards some mineral deficiency,” said Koech.

The doctor said the hospital’s medical team will be looking out for a potassium deficiency as well as a condition known as Pica.

“Pica is a disorder that involves eating items that are not thought of as food and that do not contain significant nutritional value.
The items can include clay, hair, dirt, soap and paint chips,” Koech explained

According to Koech, the soap-eating disorder might be one that is making their bodies lose potassium through urine or any other form of bodily excretion.

Kenya Insights allows guest blogging, if you want to be published on Kenya’s most authoritative and accurate blog, have an expose, news TIPS, story angles, human interest stories, drop us an email on [email protected] or via Telegram
Related Content:  Anti-Riot Police Deployed To Migori Ahead Of Obado’s Impeachment Motion
Related Topics:nandiOak Tree Centresoap eatingstandard
Up Next