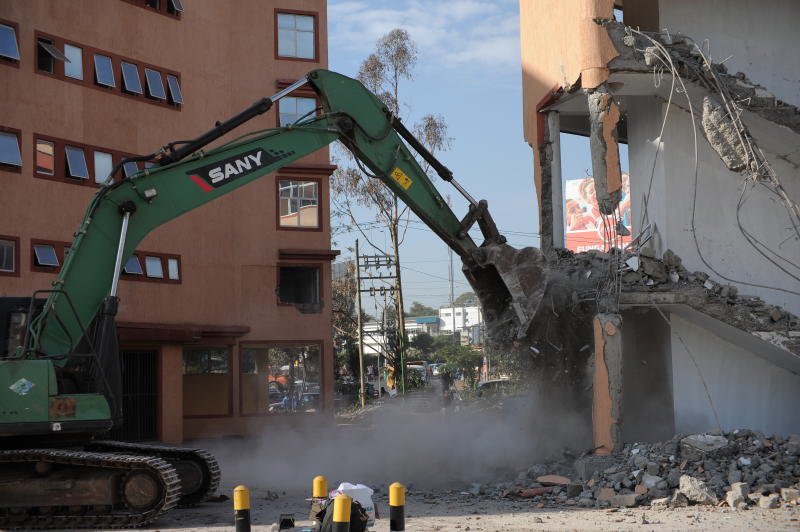 Bulldozer brings down the Southend Mall

The city is currently in chaos as millionaires goes into panic with ongoing demolitions spearheaded by Nema that has seen illegal structures in Kileleshwa including Java and Shell petrol stations and other apartments brought down. In the same breath, Southend Mall located along Lang’ata Road which was sitting on a river bed was brought down in a demolition style that has left many shaken.

Nairobi Governor Mike Sonko has vowed to go with this to the end even if it will cost him his stay in office and remain a one term governor. “Better be a one term Governor and leave a legacy than entertaining grabbing of public land/utilities.” Said Sonko.

The Governor has gone further to give a stern warning to those with properties on marked places saying the demolition won’t spare anyone, “Remove all your valuables from the under mentioned public utilities with immediate effect.”

The following are the public utilities that the Governor has vowed to recover: 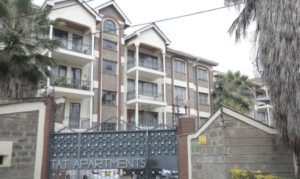 All county public roads/ accesses including Sonko’s Buru Buru plot & Maina Kamanda’s, all grabbed land in all the estates within Nairobi reserved for playgrounds, all grabbed public social halls; all encroachments on public land including houses constructed on sewer line & Nairobi water pipeline.

The Governor, has threatened that any COUNTY/NEMA official who conspired with the land grabbers to approve building plans on public utilities will also be prosecuted alongside the said suspected grabbers.

Meanwhile, thousands  of buildings, owned by powerful individuals are being targeted in the demolition exercise that kicked off on Monday and is expected to last for about two months.

In a report by the National Environmental Management Authority (NEMA), dated June 26, the Government has earmarked buildings, structures and even facilities sitting on riparian land which will soon be flattened.

The establishments at Village market, The waste water treatment plant of Greenhills Hotel and the Tribe Hotel are also targeted for demolitions. According to NEMA, the owners had been given a three-month notice, which expired on Sunday after the launch of the regeneration plan to restore Nairobi city. 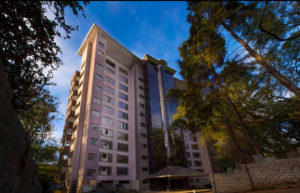 According to the report by NEMA, the Westgate car park has encroached the riparian reserve and needs to be removed.  Earlier, the agency lost appeal for the car park to be removed.

The Ukay Mall in Westlands has not be spared either, NEMA says the car park and the commercial building will also be demolished.

The National Assembly Environment committee has asked the management of Nakumatt Ukay in Westlands, the Tribe Hotel in Village Market, GemSuites in Riverside Drive and Taj apartments in Kileleshwa to appear before it today.

Kenya Insights allows guest blogging, if you want to be published on Kenya’s most authoritative and accurate blog, have an expose, news TIPS, story angles, human interest stories, drop us an email on [email protected] or via Telegram
Related Content:  Sonko: City Hall To Start Taxing Entrepreneurs Selling Goods On Social Media
Related Topics:
Up Next

Raila Says War On Corruption To Take A Higher Notch With Recovery Of Stolen Wealth, Appeals For FBI Help