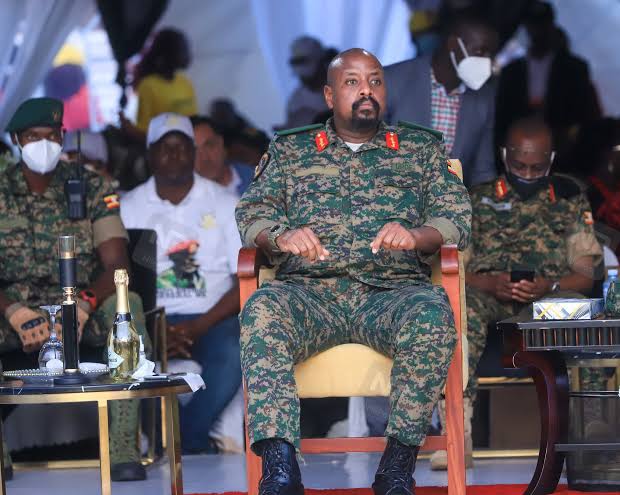 Ugandan President Yoweri Museveni said Monday that his outspoken son would stay off Twitter when it comes to affairs of state, after a social media tirade that included a threat to invade neighbouring Kenya.

Powerful general Muhoozi Kainerugaba, 48, has often caused controversy with his comments on Twitter but his particularly undiplomatic outburst earlier this month caused Museveni to step in.

“He will leave Twitter. We have this discussion. Twitter is not a problem. The problem is what you are tweeting about,” the veteran leader said in an interview with a local Ugandan television station.

But Kainerugaba, he said, would still be able to take to social media as long as he restricts himself to comments about sport, for example.

“Talking about other countries and partisan politics of Uganda is something he should not do and he will not do it,” Museveni added.

The president had apologised to Kenya in early October after Kainerugaba, among other remarks, suggested taking his troops to capture Nairobi.

He also chided Kenya’s former leader Uhuru Kenyatta for not attempting an unconstitutional third bid at the presidency in the August poll, in what was seen as a slight against the newly elected President William Ruto.

The first son also last week sought forgiveness for his remarks from Ruto, whose swearing-in ceremony was attended by Museveni.

In Monday’s interview, Museveni nevertheless defended his son as a “very good general”, after promoting him to the rank despite stripping him of his role as leader of Uganda’s land forces.

Although Kainerugaba has repeatedly denied claims he intends to succeed his 78-year-old father — one of Africa’s longest-serving leaders — he has enjoyed a rapid rise through Uganda’s army ranks.

Related Content:  NCIC Summons Sifuna, Jumwa Over The Use Of Vulgar Language
Kenya Insights allows guest blogging, if you want to be published on Kenya’s most authoritative and accurate blog, have an expose, news TIPS, story angles, human interest stories, drop us an email on tips.kenyainsights@gmail.com or via Telegram
Related Topics:
Up Next