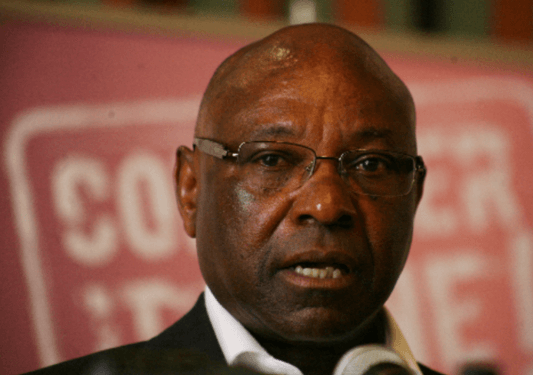 Business mogul Jimnah Mbaru Mwangi has been sued for allegedly abdicating his parental role of a 4 year old son to a putative father Eric Murimi Kaburu.

Elizabeth Nadupoi Kimiti, the mother of the said child says the putative father has failed to submit the agreed ksh 50,000 monthly for the child upkeep.

She further accuses Jimnah Mbaru of denying the child his identity through the exclusion of his name on the birth certificate of the child.

Through her lawyer Suiyanka Lempaa the mother argues that giving power of attorney to the putative father to take care of his biological child Mbaru acts illegally and in contravention with the law.

The mother now seeks for Ksh 600,000 yearly for the child’s school fees and a further Ksh 320,000 monthly for upkeep and wants the father compelled to take care of the child as his biological father.

Nadupoi says the child has remained in her custody since birth accusing Mbaru of neglecting him and failing to contribute to his upbringing.

Nadupoi says she was involved in an affair with Mbaru in 2017 from which she conceived and bore the minor on 10th July 2018.

She says Mbaru then instructed Eric Murimi Kaburu to be a putative father to the minor and was supposed to remit Ksh 50,000 every month as child support but has failed to do so.

Nadupoi further says she filed a case in the children’s court but the matter was mysteriously closed before it was even heard.

She said her advocates wrote a demand letter to Mbaru in July 2022 regarding child support but the accused ignored it.

She wants Mbaru compelled to comply with his parental responsibilities saying he is an astute businessman who runs businesses worth billions of shillings and is therefore able to support the child without difficulty.