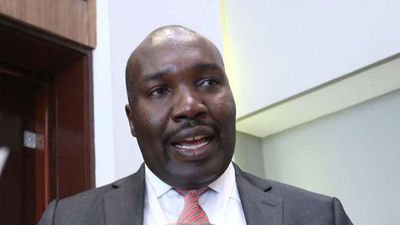 Parliament wants the Directorate of Criminal Investigation (DCI) and the anti-graft watchdog to initiate investigations into the roles played by Principal Secretary Julius Korir and other top ministry of Health officers in the procurement of the CT scans worth Sh7 billion.

The Public Accounts Committee (PAC) says it was confirmed that the Principal Secretary “at the material time”, Mr Korir, was in the delegation that travelled to China although he was not part of the due diligence committee that went to verify firms that could supply CT scans.

“The Directorate of Criminal Investigation should, within three months upon adoption of this report, initiate an investigation into the roles played by Mr. Julius Korir and other ministry of health officers in the procurement of the CT scans with a view to establish possible criminal culpability. The DCI should make appropriate recommendations to the Director of Public Prosecution for his further action, without undue delay,” PAC said in its recommendation.

In a new report to the House, PAC has recommended that a forensic investigation into the whole procurement process of the Computed Tomography (CT) Scanners should be carried out with a view to establish whether there was due diligence and fidelity to the Constitution, the Public Procurement and Disposal Act of 2015 and any other relevant laws.

The ministry spent Sh1.74 billion in 2018 under specialised plant equipment and machinery for purchase of CT Scanners under the managed equipment service (MES).

The expenditure was 20 percent of the contract value paid as a condition for government of Kenya to obtain a loan of Sh7 billion from the government of China to finance the purchase of the CT scanners.

Related Content:  Steven Githaiga A USIU Lecturer Without Any Legit Academic Credential And The Sham TARDA MD With Faked Documents

The scanners were procured through an international company. However, the Auditor-General said no procurement documents for the company had been provided at the time of conclusion of the audit review.

In his 2017/18 audit, the Auditor-General’s information indicates that the company was proposed by the Government of the People’s Republic of China as a leading manufacturer of CT scans.

“It was not clear who was the head of the delegation between Dr Izaq Okoth Odongo, who was the most Senior Officer and Mr Morang’a Morekwa, who witnessed the signing of the contract,” PAC said in a report.

“The EACC should within three (3) months of tabling and adoption of this report, initiate forensic investigation into the whole procurement process of the Computed Tomography (CT) Scanners with a view to establish whether there was due diligence and fidelity to the Constitution, the Public Procurement and Disposal Act of 2015 and any other relevant laws,” the Opiyo Wandayi-led committee said.

“The DCI should make appropriate recommendations to the Director of Public Prosecution for his further action, without undue delay,” PAC said in a report on the examination of Auditor-General report on the financial statements for national government for the year 2017/18.

PAC said Susan Mochache, the current PS for the ministry of Health appeared before the Committee on February 17, 2020 and July 8. 2020 and submitted that the procurement was effected through a technical commercial contract entered and signed between the Ministry of Health of the Republic of Kenya and Neusoft Medical Systems Company Ltd of China on August 21, 2014 under Government to Government financing arrangement was executed by the National Treasury as provided by the clause 5 contained therein.

The committee said the PS further admitted that due diligence report had not been availed at the time of audit for verification.

Why Dadaab closure was imminent