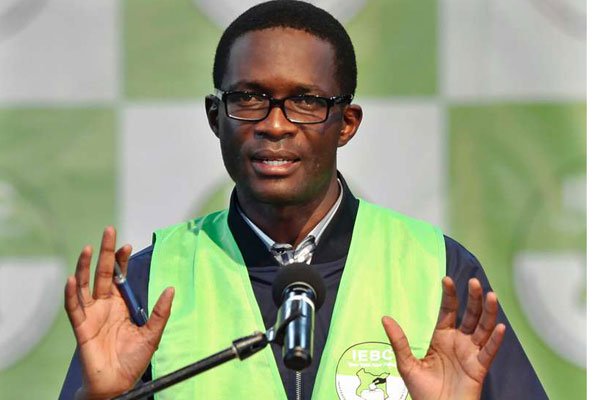 The former chief executive of the Independent Electoral and Boundaries Commission Ezra Chiloba is facing a possible jail term after investigations found that he presided over the looting of Sh691.5million through dubious tenders during 2017 polls.

A report by the Parliament Accounts Committee (PAC) shows that Chiloba oversaw the awarding of noncompetitive tenders which he used with other culprits to siphon the amount through shady catering deals in counties.

Ugunja MP Hon. Opiyo Wandayi who chairs the PAC committee has stated that Chiloba has not given satisfactory explanations over the expenditure or surcharged and must be compelled to do so.

Chiloba became a controversial figure after the opposition outfight NASA accused him of meddling with the 2017 elections in favor of the Jubilee Party. Jubilee candidate President Uhuru Kenyatta won those elections but his win was nullified after NASA challenged them at the Supreme court and fresh polls called.

But Chiloba chose to take a three week leave ahead of the October 26 2017 repeat elections without divulging into details of his decision but defended the IEBC claiming that the election would be conducted as ordered by the Supreme Court.

He took a short leave  when the opposition coalition NASA was on the other hand calling for his resignation after they accused him of serving partisan political interests.

ODM leader Raila Odinga claimed that Chiloba was the “coup plotter in chief” who dominated operations of the electoral body and suppressed all attempts to initiate reforms. 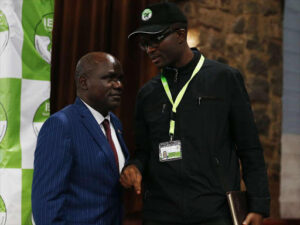 In October 2018 the defiant who boasts of ‘powerful connection’ was fired from the IEBC after he snubbed summons to appear before a disciplinary hearing of the commission relating to post-election spending audit.

He had been suspended for several months when he received his employment with the IEBC was officially terminated. His tenure was marred with controversies including the shock resignation of Commissioner Dr. Roselyn Akombe and a fall out with IEBC chairman, Wafula Chebukati who suspended him twice. Chiloba unlawfully paid Sh25.9 million ($432) for 600 electronic identification kits that were delivered to Kenya free of charge.

An internal audit report filed in court in 2018 revealed that the tenders wars led to Chiloba’s suspension and later his firing after he retaliated by suing Wafula Chebukati and four other commissioners.

He said it was designed to deprive him of his employment “in circumstances in which it appears by way of innuendo, or implication, that he is under investigation, or his conduct the subject of an audit process”.

Chiloba then disappeared from the public eye with rumors that he would vie for Trans Nzoia governor position in the 2022 elections but his ‘powerful connections’ have bagged him a lucrative job. In December 2020, ICT CS Joe Mucheru appointed Chiloba as a member of the Youth Enterprise Development Fund for a three year term.