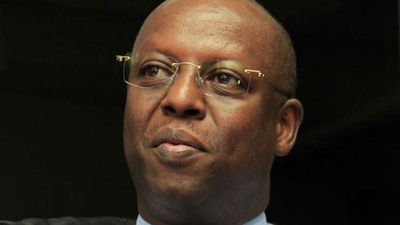 Petroleum Principal Secretary Andrew Kamau is on the radar of parliamentary watchdog that has now given him three months to explain why public funds were committed to the project, which aborted after contractors delivered substandard cylinders whose valves were prone to fire hazards.

“Where the accounting officer fails to provide an explanation, the accounting officer (during the period under review) should be surcharged Sh870,339,283 pursuant to the provisions of section 202 of the Public Finance Management [PFM] Act, 2012,” the National Assembly Public Accounts Committee (PAC) said in a new report.

Under the Mwananchi Gas Project, more than four million households were to be supplied with six-kilo cooking gas cylinders and burners for a discounted price of Sh2,000 each in three years, with refills costing Sh840.

The plan had been piloted in Machakos and Kajiado counties.

“A public officer is personally liable for any loss sustained by the national government that is attributable to — the fraudulent or corrupt conduct, or negligence, of the officer,” states the PFM Act.

Further, the law stipulates that the Treasury may, by civil proceedings brought in a court of competent jurisdiction, recover damages from a public officer for any loss for which the officer is liable.

The Public Procurement and Disposal Act 2015, which came into force on January 7, 2016, made principal secretaries, chief executives of parastatals and county accounting officers fully responsible for all procurement contracts in their respective organisations.

Mr Kamau was retained as the Principal Secretary in the Ministry of Petroleum and Mining last month but with an expanded mandate after President Uhuru Kenyatta announced the merging of the State Mining Department with that of Petroleum.

He had been appointed PS for the State Department for Petroleum in December 2015.

The parliamentary watchdog committee, chaired by Ugunja MP Opiyo Wandayi, inquired into the Mwananchi Gas Project following queries raised by the Auditor-General on the financial statements of the State Department for Petroleum for the year 2017/18.

The audit showed taxpayers did not get value for money arising from shortcomings in the implementation of the project.

It found that contracts were awarded on the basis of unenforceable performance bonds and with no performance durations.

The cooking gas subsidy plan was initiated by the defunct Ministry of Energy and Petroleum during the 2016/2017 financial year.

The plan was aimed at cutting reliance on kerosene and charcoal, which are not environment-friendly but are the main source of fuel for most rural and urban poor households.

The project entailed the supply and distribution of LPG cylinders, grills and burners to households at subsidised prices and the erection of facilities to store the cylinders at local distribution points.

The audit showed that 10 firms had been contracted by the ministry in May 2017 to supply various components of the LPG gas project at an aggregate cost of Sh1 billion.

As at the end of June 2018, the State Department for Petroleum had spent a total of Sh870 million.

A total of 109,649 six-kilogramme cylinders, 329,422 burners and 329,260 grills have been lying in State-owned National Oil Corporation (Nock) warehouses since the distribution was halted in 2018.

The exercise aborted after it emerged that some contractors had supplied 67,251 faulty gas cylinders prone to fire eruptions.

When he appeared before PAC, Mr Kamau said the project had not stalled but that it had been delayed by cases filed against the ministry and Nock by the Consumers Federation of Kenya (Cofek).

“The State Department procured a Third Party Inspection Services in FY 2019/20 after the withdrawal of the court case by Cofek and clearance from the Directorate of Criminal Investigations for LPG cylinders which were procured in financial year 2016/17. In conclusion, the Mwananchi Gas Project is ongoing and has not stalled,” he said.

Of the Sh870 million expenditure, PAC said the ministry had paid out Sh481 million, leaving a pending bill of Sh389 million as at June 2018.

The question is just how did an ambitious plan go down the drain?

It all started with a contract awarded by the Petroleum Ministry and the National Oil Corporation of Kenya (Nock) to a consortium led by Allied East Africa Ltd. The decision by two senior state officials to cut a deal with a company teetering on the brink of bankruptcy led to the uneventful collapse of a project that would have seen millions of homes supplied with cheap cooking gas.

Kenya Insights is informed that the decision to hand the Sh3 billion tender to Allied East Africa Ltd, a firm already under administration, was orchestrated by a senior member of the Executive and a vocal MP who together created a company that became part of four firms that were to supply National Oil Corporation of Kenya (NOCK) with 500,000 gas cylinders.

It is not clear how a company unable to pay a debt of Sh135 million convinced the government that it could manufacture and supply gas cylinders worth Sh300 million.

But after being put in liquidation, it became clear that Allied East Africa, which had requested the court to bar First Community from listing it with the Credit Reference Bureau (CRB), was also being sought by ABC Bank and I&M Bank.

It is not the first time the government has awarded a major project to a bankrupt company, with the latest case being the multi-billion shilling construction of Arror and Kimwarer dams which were awarded to a broke Italian firm.

But a broke Allied East Africa, which owned an LPG distribution company known as Midland Energy that dealt in a brand called Mid Gas, did not manufacture the cylinders locally, according to the source.

Having gotten the tender, but with no capacity to deliver, the consortium turned to Mohammed Jaffer owner of Africa Gas and Oil (AGOL) which also owns Proto Energy Limited under which Pro Gas is sold.

The company was then just beginning and was virtually unknown in the country.

Jaffer had however managed to obtain a lease for use of a cylinder pressing machine from KPA in a shady deal that seems to have been orchestrated by officials from the Energy Ministry.

The fraudulent suppliers, in the first batch, delivered faulty cylinders raising questions about quality assurance and monitoring of the manufacturing process.

A total of 67,251 cylinders were found to be leaking posing a serious safety hazard had they gone into circulation.

This, however, seemed to be part of the grand plan to kill the project as then PS Andrew Kamau canceled the tender purchase order of 357,000 cylinders despite money having been paid out to East Africa Allied and Mohammed Jaffer. 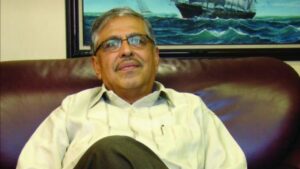 The PS also canceled another purchase order of 700,000 cylinders with little explanation as to how the total budgetary allocation that had risen to Ksh2.9 billion had been spent.

This necessitated Consumers Federation of Kenya (COFEK) to sue Government in October 2018.

COFEK told court the Government’s ambitious program to buy and supply 5 million subsidized gas cylinders to low- and middle-income households by end of 2019 were in jeopardy as 60% of the cylinders delivered were faulty.

As Kenyans continued wondering why the Gas Yetu project is not taking off despite the immense benefits it would have afforded them, a new player in the market was beginning to emerge.

With its bright pink colored cylinders, Jaffer’s Pro Gas was starting to penetrate into the market offering gas cylinders at cheaper rates than competitors.

Pro Gas with the help of Energy CS Charles Keter, PS Njoroge and other corrupt government officials at the Energy and Petroleum Regulatory Authority (EPRA) and Kenya Revenue Authority (KRA) continue to engage in illegal and unfair trade practices to gain an edge over competitors.

Through use of intimidation tactics and sabotage, Pro Gas has been hiring thieves in hoods to steal cylinders from competitors resulting in millions of shillings in losses.

On June 20, 2019 at Southernsun, Mayfair Hotel in Nairobi, members of the LPG Cylinder Exchange Pool lamented the unfair practices by Pro Gas. Minutes of the meeting also indicate that members voted for pricing formulas with majority preferring cylinder cost minus validation cost to remain competitive.

These rates according to members of the exchange pool are in bad faith and are bound to resort in massive losses.

Despite numerous complaints to EPRA, no action is taken against Pro Gas.

Exchange Pool members now say they have evidence that PS Njoroge has been receiving Ksh30 million monthly in bribes while other officials at EPRA led by the Director-General Robert Oimeke pocket not less than Ksh10 million each month.

This is also the case at KRA with senior officials receiving millions of shillings monthly to turn a blind eye to Jaffer’s indiscretions.

The tycoon has also pocketed a significant number of MPs ensuring that any parliamentary committee investigations go his way.

To date, there have been more than five investigations on the unfair monopoly by his companies including Grain Bulk Handling Limited (GBHL) but no action has been taken.

Through bribery, Jaffer has now completely taken over the imports, distribution and retail business in the LPG sector undercutting other companies and driving them out of business altogether.

Suits filed in Court against Pro Gas, Energy Ministry and EPRA are often thrown out as he bribes witnesses and threatens anyone who comes in his way.

Photos taken at the main Pro Gas yard in Kabati shows they have been stockpiling the stolen cylinders there from where they are washed, repainted and rebranded into the signature bright pink color. They are then refilled and distributed to Kenyans at very low prices dealing a huge blow to competitors.

In October 2018, at the height of the Gas Yetu scandal, DCI George Kinoti said he will begin investigations into the loss of billions.

“We will initiate a probe. We cannot allow a program that is funded by taxpayers to put Kenyan citizens at risk,” said Mr Kinoti.

Almost one year later though, no investigations have been done and no one has been taken to court over the scam raising questions about how many agencies are on the take from Mohammed Jaffer.

This as 80% of Kenyans who use firewood and kerosene continue to suffer at the hands of cartels at the Energy Ministry.

Last year in October while acting on intelligence tips, KRA raised the Pro-Gas plant in Mombasa in a suspected Sh200M tax evasion scandal. African Gas and Oil Company Mombasa is said to have been underpaying the corporate tax and also reducing the company’s tax liability by under-declaring and undervaluing imports.

The new development of the parliamentary watchdog committee reignites one of Kenya’s most under discussed scandal where greedy businessmen hijacked a plan that would have given the poor affordable cooking options, instead they took it to their advantage and found a leeway to build their own dirty empires. In our following series, we tell you how and why the Kenyan government is on the spot for ceding the importation of liquefied petroleum gas to a private company, something that has made efforts to make cooking gas affordable and accessible to the majority come to naught.

Despite implementing fiscal policies, subsiding cylinders and going to the extent of launching a cooking gas programme to make gas affordable to the common man, industry players contend that ceding the bulk importation of LPG to Africa Gas and Oil Ltd has denied the country the benefits of cheap cooking gas.