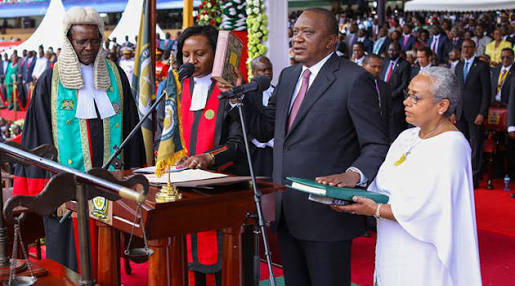 On 28th November 2018, too sweet deal and an overwhelming show it was during President Uhuru Kenyatta’s Inauguration Ceremony at Kasarani Stadium when he offered hand of fellowship, Open arms with warmth and bleeding & hypocritic Heart of Hospitality to you. 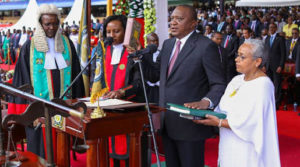 Kenyatta took the oath which was administered by the Chief Registrar of the Judiciary, Anne Amadi, Chief Justice David Maraga pledging to abide the Constitution, Rule of Law and do Justice to All

His administration offered you Free Visa on arrival if you’re an East African Outcast and Just your National Identity Card to cross the border if you’re an East African. He gave you authority and Freedom, once stepping on Kenyan Soil you’re fully son and daughter of the soil; free to settle, marry, buy lands, build Real Estates, build malls, die and get buried in Kenyan soil like any other Kenyan would be. This is brotherliness, we agree and aim is to revive the dimmed Economy.

But threats and turmoil you’re bringing to our land has surpassed your Value to our Nation Building. Offer made was personal affair, if not then just few individuals decision and not peasants who are sovereign wish.

You celebrated this decision more than We Kenyans ought to have celebrated it. Which should raise concerns, lots of it. Majority intentions might be of Goodwill but the minority intentions are more lethal in this case because their doings will be contagious. Inshort terrorism alert! Drug Barons alert! Land Cartels alert! All of the Minority population immigrants know they’re coming to a land and home which is still struggling to barrow through poverty, a developing state and you’ll use Money to lure majority individuals in the country to join terrorist groups, work for drug barons in drug dealing, blow out money to peasants to squander their land and build Real Estates, Malls because President Uhuru authorised you to do so.

Without fear or favour. As those yearning for a better Kenya, New Dawn, by all means possible we shall regulate rate of Whites fleeing inn. We’re not ready for white settlement again schemes, that era was over and long gone. Besides White Supremacy, Black supremacy shall also be regulated.

We were certained by such a decision that shadowed our safety measures and our Future as a nation so he can please you. This is the same individual(Uhuru Kenyatta) who’ve been trying and struggling to justify his legitimacy as the Head of State. This is the same individual who have borrowed bonds and funds than any other Nation and than previous regimes he inherited from and more than that, has overstreched World Bank, GDP threshold. Kenyan Economy have worsened to the extent government bribes World Poll firms to rank Kenya top in the Economy index ranking but at home blames opposition brigade for Economy sabotage, imports Mexican yellow maize meant for Dairy cows to feed her citizens yet we boast of being Home and Origin of Agriculture, Calls upon USaid during Drought epidermic yet there is annual budget allocation for such Contingency.

From this position, there’s no hospitality whatsoever Kenyan government is offering you. They aim to use you as a spanner tool to fix Economy thereafter sideline this bullshit. It’s a wrap not a Resort or lodging.

We are woke today, and so you are. Especially to the harmful minority intending to shake Kenyan structure Must be warned.

We can revive the economy on our own, the problem is in top Leadership of the Country. You can jet in, fly in, ship in but won’t make change. So far the Country is Insecure and we won’t allow you to worsen the situation.

Before i wind up, Kenya is not a dumping site Mr.President.

Kenya Must Be Safe for Kenyans first, before it’s safe you. Same applies to your Nationality, your nation must be safe you first before Kenyans feel safe in it.

Kenya Insights allows guest blogging, if you want to be published on Kenya’s most authoritative and accurate blog, have an expose, news TIPS, story angles, human interest stories, drop us an email on [email protected] or via Telegram
Related Topics:Uhuru Kenyatta
Up Next