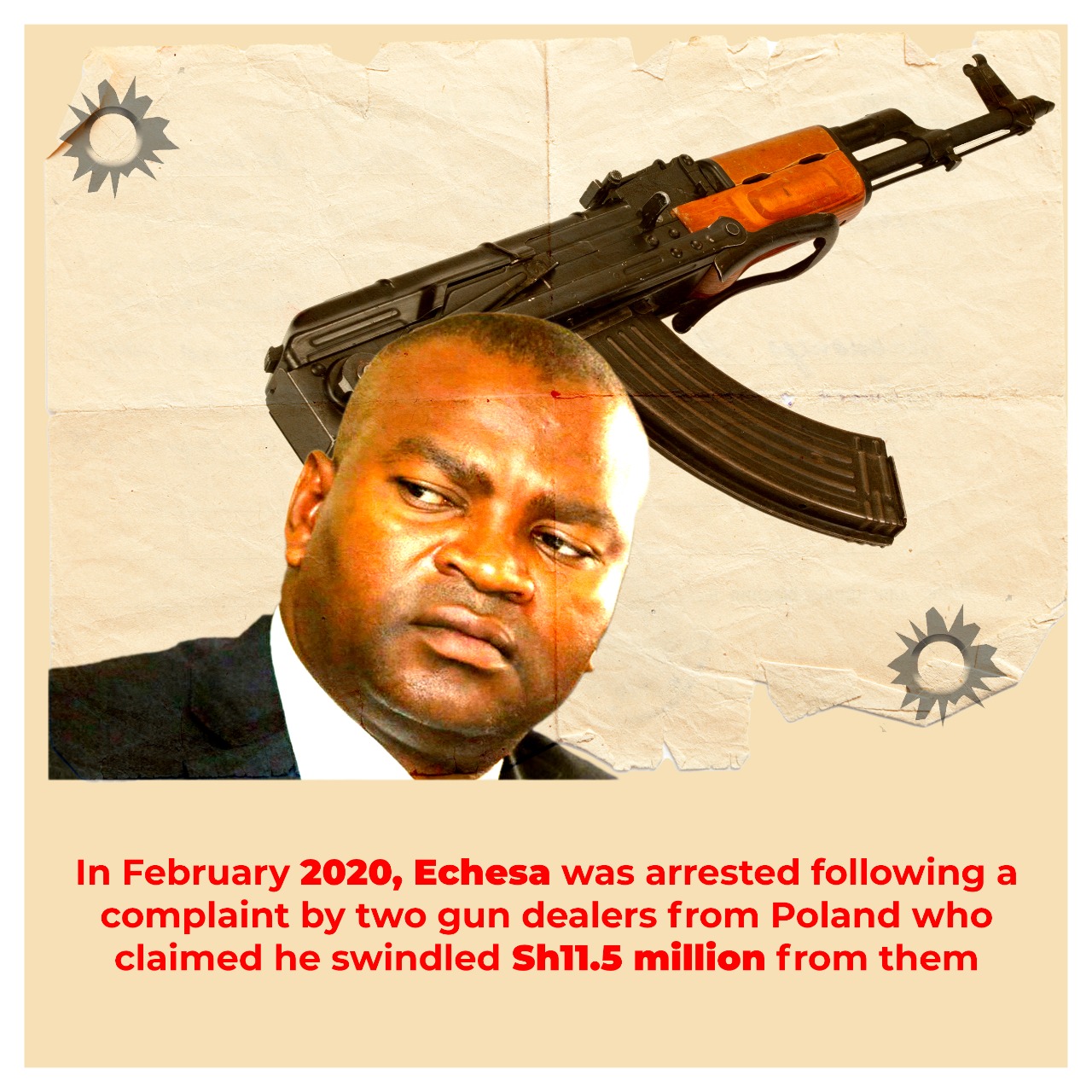 Tye magistrate who released disgraced former CS Rashid Echesa well past working hours has been suspended amid claims that a bribe may have been paid through the former Echesa’s wife.

The magistrate is reported to have taken the action late at night. The judicial officer was suspended for conducting night trials without permission.

The Magistrate delivered the ruling on a Friday at 7.30 pm past operating hours. Courts operate between 9 am and 5 pm from Monday to Friday.

While setting him free Senior Principal Magistrate Kenneth Cheruiyot acquitted him on grounds that the DPP did not avail key witnesses in the matter who included the two foreigners that were allegedly duped.

Cheruyoit ruled that there was no evidence to put the accused on their defense.

The two foreigners in the case were complainants in the case were Kozlowski Stanley Bruno, the CEO of US based ECO Advanced Technologies firm and Egyptian Mamdough Mostafa Lofty who claimed that Echesa and his co accused wanted to dupe them in the fake arms scandal.

However, the court put businessman Chrispin Odipo on his defense in one of the counts of being in possession of instruments to commit forgery.

Echesa and the three other accused persons were acquitted of fraud, forgery and impersonation charges.

Echesa was charged with Conspiracy to commit a felony, Obtaining money by face pretences, making a false document and personation.

The Prosecution had called a total of 18 witness in the case including defence PS Ibrahim Mohamed.

Others who testified the case were three Major officers from Kenya defence forces, a pilot, several officers from DCI and employee from the office of the Deputy President.

Most of the witnesses testified in camera due to the nature of the information regarding the department of defense that was confidential.

This is not the first controversial ruling the judge has given on the case, last year, the DPP was aggrieved by the decision of Senior Principal Magistrate Kenneth Cheruiyot on June 4 directing police to release two firearms and a Range Rover to Echesa.

Kenya Insights allows guest blogging, if you want to be published on Kenya’s most authoritative and accurate blog, have an expose, news TIPS, story angles, human interest stories, drop us an email on [email protected] or via Telegram
Related Topics:rashid echesaSenior Principal Magistrate Kenneth Cheruiyot
Up Next

How Former Vision 2030 CEO Mugo Kibati Might Have Colluded With Officials in Ministry of Energy In Lake Turkana Wind Power Project Tender Under Investigation.