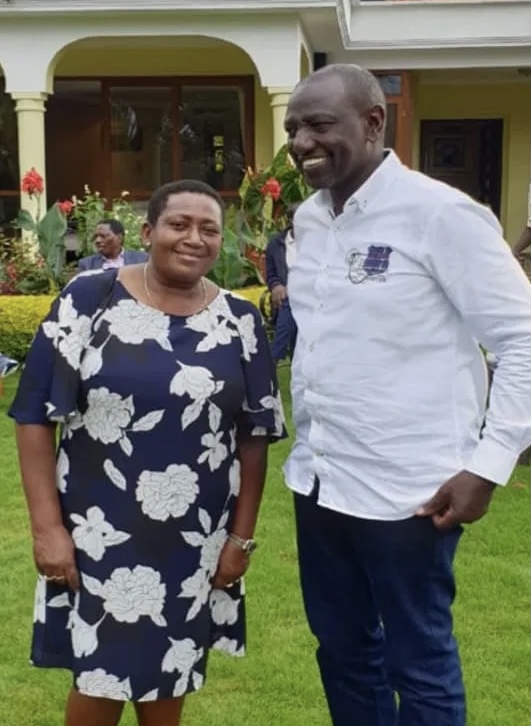 Detectives sought call logs belonging to billionaire Jubilee party campaign financier Mary Wambui Mungai from Safaricom in a bid to establish who she was communicating with a few days before she presented herself in court.

Evidence presented before the anti-corruption court last week showed that the investigating officer Amina Ado asked for call logs from two mobile phone numbers as they tracked down Ms Mungai, who was allegedly on the run.

The Directorate of Criminal Investigations (DCI) wanted to know who Ms Mungai and her daughter Purity Njoki were communicating with amid suspicions they were getting tips as the police closed in on them.

A warrant for their arrest had been issued after they failed to appear before the court to answer to charges of evading tax amounting to Sh2.2 billion.

Ms Ado said she first tried calling the numbers but they were switched off.

The mobile company, however, did not respond to the request, prompting the police to circulate a signal to all police stations for the duo to be arrested if spotted.

Safaricom cannot disclose a customers’ information unless through court order or in compliance with the law.

“We may disclose your information to law enforcement agencies, regulatory authorities, courts or other statutory authorities in response to a demand issued with the appropriate lawful mandate and where the form and scope of the demand is compliant with the law,” the company says on data privacy.

Ms Mungai’s lawyer had claimed she had sought treatment at Nairobi Hospital and later at Kiambu Level 5 hospital. Ms Ado said that she visited the hospitals but she could not get her records.

The Kenya Revenue Authority (KRA) placed an alert at the border points to prevent Ms Mungai from leaving the country.

Ms Mungai had reserved three rooms at the hotel, which is associated with Deputy President William Ruto. Her name was, however, missing as a guest at the reception.

The businesswoman, who has secured several State tenders, is known in political circles as Wambui wa Ruto due to her close association with Dr Ruto especially at the height of the 2013 and the 2017 elections.

The two, however, left behind their personal belongings, including an identity card, bank cards, a firearms licence and a temporary travel permit to Zambia, at the hotel.

Evidence presented before anti-corruption chief magistrate Felix Kombo states that the police were tracking mother and her daughter using her mobile phone but they had switched off the gadgets.

“The records at the hotel maintained at the reception had not listed the duo as guests on December 8 despite their personal belongings being found there,” said the investigating officer.

“I have considered the fear that the State has in relation to the fact that a valid Zambian temporary travel document was recovered around this time when the accused appeared to have been engaging the investigators in a cat and mouse games,” the magistrate said.

They were also directed to present themselves before the police attached to the KRA today for their fingerprints and other details to be taken.

Kenya Insights allows guest blogging, if you want to be published on Kenya’s most authoritative and accurate blog, have an expose, news TIPS, story angles, human interest stories, drop us an email on tips.kenyainsights@gmail.com or via Telegram
Related Topics:mary wambuitax evasion
Up Next