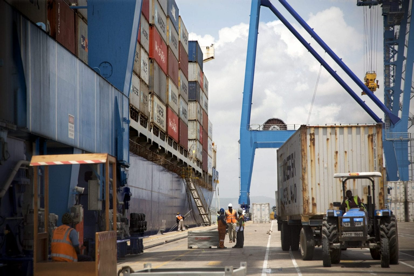 Global Danish logistics conglomerate Maersk is on the spot following their monopoly in the operations of the Mombasa Port.

The National Assembly’s Finance, Planning and Trade Committee now wants KPA to come clean on how the private firms operating within its premises were licensed.

Shrouded in secrecy, the MPs want details on how the firm acquired a lease to the container terminal (berths 13 and 14) at Kenya’s Mombasa Port.

According to a viral report that has been doing rounds on Kenya’s social media pages, it is alleged that an investigation by an Australian consumer protection body(ACC) found that the company bribed a senior government official, silenced a human rights body through funding and funds MPs from the Coastal region for protection. As of the time of press, Maersk was yet to respond to the allegations of bribery made against them.

It is alleged that Maersk has been operating at the newly built container terminal 2 (CD2) at the port of Mombasa for the last 3 years for free.

CD2 is the terminal that solely handles all of government’s imports from military hardware to medicine to fertilizers everything govt imports comes through CD2.

The total value of business at CD2 every year is about Shs.20 Billion or $200 million. For the last 3 years Maersk has been the shipping line that brings in government cargo and handles it at CD2

This means that Maersk has 100% monopoly over what the Government of Kenya imports. Whatever government imports from China or Japan or U.S or Spain-Maersk ships it to Kenya.

The Question then is; why does a foreign shipping line have monopoly over what government  imports?

President Uhuru is trying to change this by having a Kenyan state owned shipping line take over the govt of Kenya imports. In doing so he has revived Kenya National Shipping Line (KNSL) KNSL was started in 1980s to be Kenya’s official shipping line. KNSL is majority owned by KPA.

Now-because KNSL has no ships it has partnered with Mediterranean Shipping Company-MSC. MSC is the second largest shipping line globally. The arrangement between KNSL and MSC is structured to have KNSL become the parent company while using MSC assets.

It also means that when KSL takes over CD2, a Kenyan company will be responsible for shipping and handling government cargo. G.o.K will no longer rely on a foreign firm to import its cargo.

KNSL has committed to pay the port operator 50% of total revenue. Maersk on the other hand pay nothing. Mind you CD2 was built through a loan from JICA. The loan settlement period is 40 years. If KSL takes over and pays the 50% revenue share-KOA will payoff the loan 15 years earlier than the scheduled date.

Maersk is behind port privatization story.

Section 16(1) of the Merchant Shipping Act of 2009 says this : “No owner of a ship or person providing the services of a shipping line shall either directly or indirectly provide in the maritime industry crewing services, pilotage ,port facility operator, quay side service provider, terminal operator, general ship contractor…” Put plainly, the law does not allow a shipping line to operate a port. So is Maersk breaking the law in this instance with the monopoly they command?

A vessel calling report by the Kenya Ports Authority (KPA) indicated that Maersk line topped the list by 35 per cent share of twenty feet equivalent units (teus), surpassing its closest rival, Mediterranean Shipping Company (MSC), by a margin of 19.9 per cent.

Maersk previously came under criticism following claims that their subcontractor Island Marine Service has been mistreating employees in Mombasa- Forcing them to undertake 24-hour shifts with a minimal number of breaks & paying them poorly.

In November 2018, Danwatch wrote together with Ekstra Bladet about the criticisable working conditions for port workers in Mombasa in Kenya who load and unload Maersk ships. The workers told anonymously about underpayment, extremely long shifts and lack of safety equipment.

Thomas Kambi who was the whistleblower of the harsh working conditions was fired officially because he is too old and could not deliver – according to himself and his union because he was the initiator for his chess to join Kenya Shipping, Clearing, Freight Logistics & Warehouse Workers Union in fighting for their rights.

The government on Friday, December 17, impounded a ship carrying radioactive materials in the port of Mombasa. 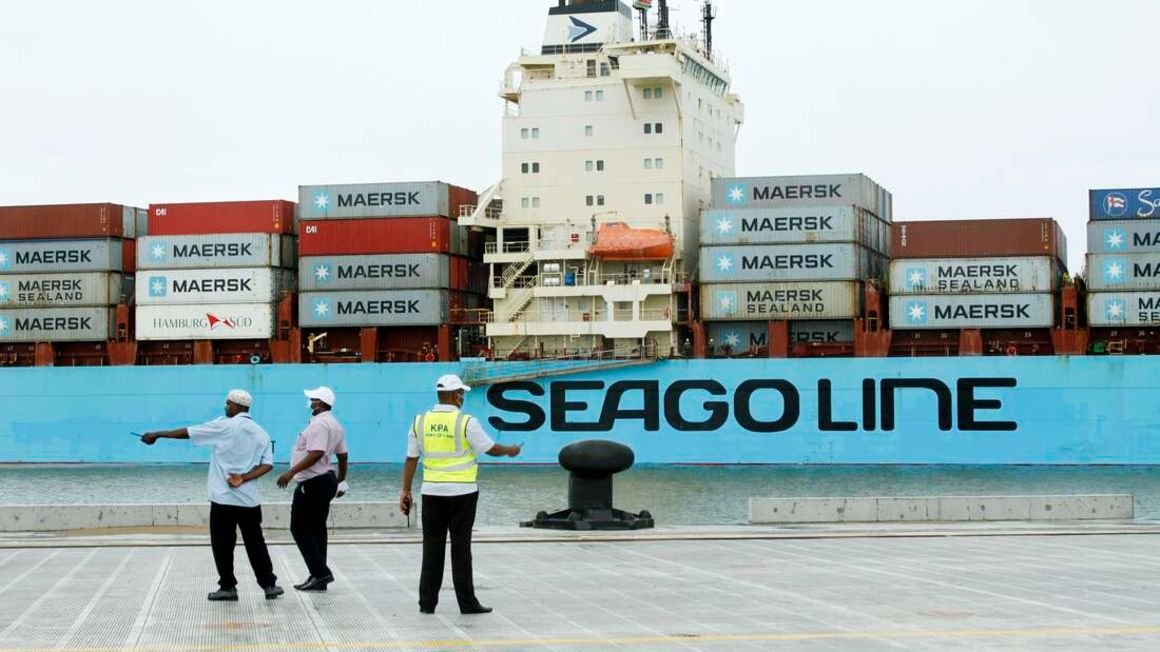 Port officials said the ship had arrived on the Kenyan coast four days earlier on December 13, 2021.

A statement from the Ministry of Health said it contained highly explosive materials classified as hazardous for public exposure, was detected by radiation detectors installed in the port.

Kenya Insights allows guest blogging, if you want to be published on Kenya’s most authoritative and accurate blog, have an expose, news TIPS, story angles, human interest stories, drop us an email on tips.kenyainsights@gmail.com or via Telegram
Related Content:  Bill Gates: I Have A Cemented Friendship With Aliko Dangote
Related Topics:
Up Next