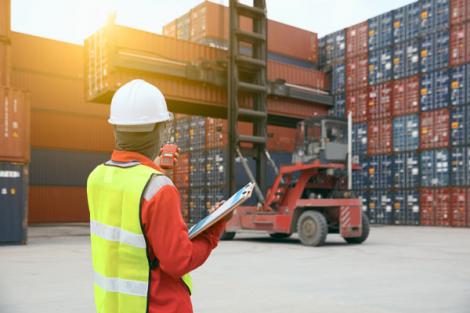 Mystery surrounds the presence and destination of a Denmark-owned cargo ship that arrived at Mombasa port with nuclear waste disguised as padlocks and hardware items.

MV Seago Piraeus Voy was loaded in India on December 2, and is said to have Dar es Salaam, Tanzania, as its destination. Prior to its arrival in Kenya, it had been to Oman and Pakistan.

The ship has been detained by Kenya as the country is a signatory to the Indian Ocean Memorandum of Understanding that obligates members to prevent, intercept, interdict and combat trafficking of radioactive and nuclear material.

Kenya Maritime Authority Director General, Robert Njue says they learnt of the presence of the ship and its hazardous cargo on December 15th.

“The Kenya Ports Authority (KPA) called for a joint boarding of the vessel by a multi-agency team with the aim of getting information about the container. The team met with the vessel captain and senior officers,” he is quoted by the ‘Daily Nation’ as saying.

Statement on serious threat posed to the health and lives of Kenyans by emission of radioactive material pic.twitter.com/WK5IB5Dkfl

A source who spoke to the newspaper on condition of anonymity said: “This is clearly a means of dumping dangerous substances in East Africa. We have proof what was declared is just part of the contents but the radioactive material is also in the ship and is emitting high radiations.”

Radiation from nuclear waste can cause serious health problems including cancers and cardiovascular diseases.

The Kenya Nuclear Regulatory Authority (KNRA) says the ship was quarantined last Thursday and that they are working with the Ministry of Health to ensure the public is not exposed to the radiation.

Health CS Mutahi Kagwe acknowledged that the presence of the vessel “poses a serious threat to the health and lives of Kenyans by the emission of radiation”.

“We’re in the process of deciding if to collect samples to determine the actual substance after realising there is radioactive materials on board or return the cargo to sender. We have taken all measures as we work with other agencies to ensure the public is not exposed,” KNRA Director General Joseph Maina is quoted as saying.

Besides the KNRA and the Ministry of Health, other agencies handling the MV Piraeus Voymatter are KPA, KMA, Kenya Coast Guard Services, Kenya Revenue Authority, and Kenya Bureau of Standards.

Kenya Insights allows guest blogging, if you want to be published on Kenya’s most authoritative and accurate blog, have an expose, news TIPS, story angles, human interest stories, drop us an email on [email protected] or via Telegram
Related Topics:Mombasa Port
Up Next