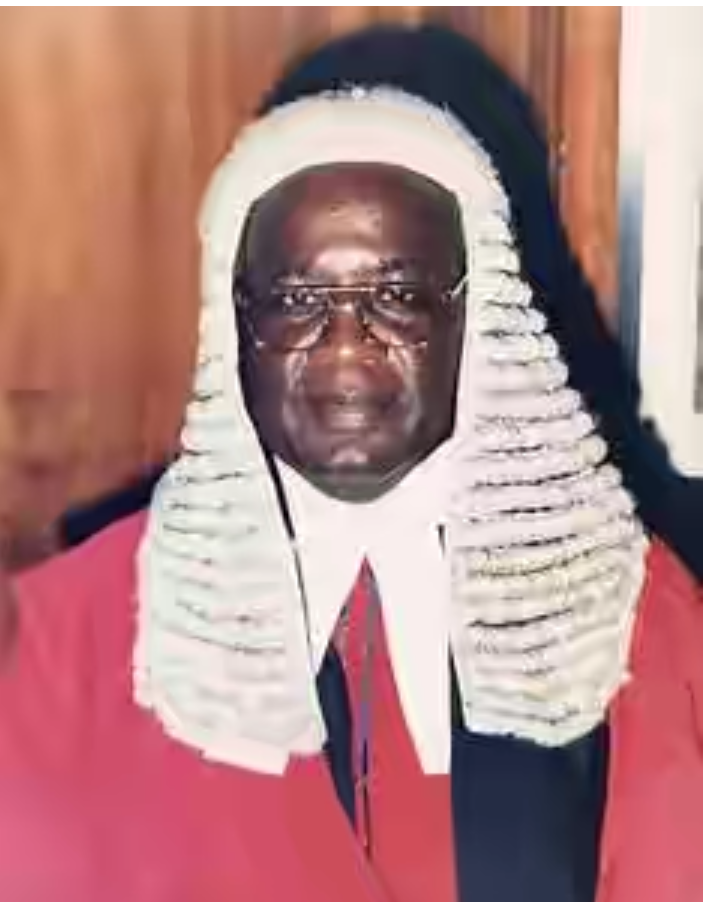 Noordin had appointed former Chief Justice Bernard Chunga as a Chairman of a taskforce on establishing a DPP Inspectorate.

Before this suit, Chunga was ,supposed, to lead the one month long Taskforce deputized by Rita Wambui Kuria.

Well who is this Justice Chunga?

For those who don’t know him, the notorious Chunga served as the inspectorate Taskforce Chair before he was elevated to head the Bench.

As Deputy Public Prosecutor, Chunga led a Counsel in the commission that Inquired into Robert Ouko’s murder.

Under Justice Evans Gicheru, Chunga led as the main prosecutor at the trial of the former DC Jonah Anguka, who was implicated in the Murder of Robert Ouko.

Nyayo House tortures remains the darkest chapter in the history of the Kenyan justice system.

Chunga must under very fortunate cover that made sure he was not called to account.

Here is the legal notice from CMM to DPP Noordin Haji, explaining why bringing Chunga back provokes bitter memories for those who suffered.

The Office of the Director of Public Prosecution

Related Content:  Rotich: My Seniors Stopped Picking Up My Calls

RE: APPOINTMENT OF MR. BER CH A

We have been retained by Chama Cha Mawakili Company Limited, on whose
instructions we write to you as below

Corruption and human rights violations are the most egregious concerns for the people of Kenya. As a result, the Constitution places the rule of law, respect and protection of
human rights at the center

Our Client has, however, noted with shock Gazette Notice No 5718 of 2019 and the accompanying press release on your appointment of Bernard Chunga as chairperson to
a taskforce on prosecution operations. The taskforce is underpinned by section 32 of the Office of Director of Public Prosecutions Act, 2013 and is meant to ensure that your
conduct is in accordance with Article 157 of the Constitution, The choice of Bernard Chunga to head such a Taskforce is an insult to Kenyans and a plain violation of the Constitution

We wish to rekindle your memory as to Bernard Chunga’s tenure as Deputy Public
Prosecutor and Chief Justice. We remind you of the circumstances under which he
resigned from public office:

a. Bernard Chunga planned, condoned and executed a programme of torture, and
cruel and degrading treatment including night-time trials and detention-without-trials of political dissidents under the KANU dictatorship. A number of his victims were advocates of the High Court of Kenya

b. Later as the Chief Justice, Bernard Chunga opted to resign rather than face a Tribunal to investigate his conduct in office for allegations that he had, before and after his appointment as Chief Justice, conducted himself in a manner that does not befit the office of the Chief Justice

We are further instructed that Mr. Chunga has never been prosecuted for these illegal
allocations of public land or for his crimes in office. Instead, you have rewarded him with an appointment to chair a Taskforce meant to ensure that prosecution and trial of the kind Bernard Chunga undertook never occur again

Our instructions are therefore to DEMAND, as we HEREBY DO, that you immediately
and within 24 hours of service of this letter

1. Revoke the appointment of Bernard Chunga to the Taskforce

2. Apologize to the people of Kenya and to the victims of Bernard Chunga’s

Commence investigations to determine the culpability of Bernard Chunga for the
torture, cruel and degrading treatment during his tenure and for the illegal
acquisition of public property

In default, we will have no option, but to move court for appropriate reliefs and
declarations against you, including the recovery of any public funds spent on this
appointment.

We will also seek that you personally indemnify the public from the costs
of this unnecessary litigation.

Kenya Insights allows guest blogging, if you want to be published on Kenya’s most authoritative and accurate blog, have an expose, news TIPS, story angles, human interest stories, drop us an email on [email protected] or via Telegram
Related Topics:Bernard ChungaDPPMwai KibakiNoordin HajiNyayo House
Up Next

The Order Of Service Of The Late Safaricom CEO Bob Collymore