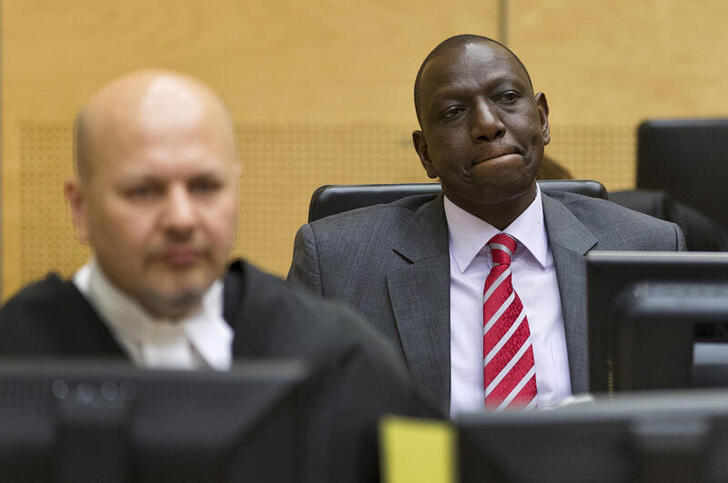 A lawyer turned himself in to Dutch authorities on Monday to face accusations at the International Criminal Court of bribing witnesses in a trial of Kenyan Vice President William Ruto which collapsed four years ago.

Kenyan lawyer Paul Gicheru was wanted on an ICC arrest warrant dating from 2015 that accused him of trying to bribe six prosecution witnesses to recant testimony in the case.

Ruto and his co-accused, broadcaster Joshua Sang, were both charged with fomenting ethnic violence after a disputed 2007 election when 1,200 people died.

Judges ruled in 2016 that they had no case to answer, although they left the door open for possible fresh charges in future, noting that the case had been hampered by political interference and threats against witnesses.

A spokesman for Ruto would not comment on Gicheru’s case, other than to stress that Gicheru had never acted as Ruto’s lawyer. Reuters was not immediately able to reach a representative of Gicheru.

In a statement the ICC said it had asked the Dutch to hand over Gicheru to the court as soon as arrest procedures have been completed.

A similar case alleging a role in the 2007 election violence against Kenyan President Uhuru Kenyatta collapsed in 2015.

Kenya Insights allows guest blogging, if you want to be published on Kenya’s most authoritative and accurate blog, have an expose, news TIPS, story angles, human interest stories, drop us an email on [email protected] or via Telegram
Related Content:  KNUT Issues 22-Day Strike Notice Over Reforms
Related Topics:
Up Next