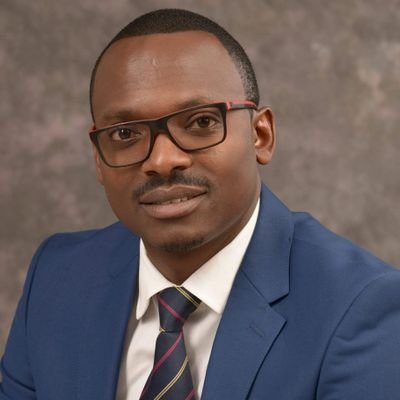 One of the most vocal twitter user and Nairobi-based lawyer Steve Ogolla has been trending for a better part of Sunday—29th Dec— after he alleged a Facebook Woman parody swindled their KSh500,000 wedding funds.

In a depressing Facebook post, Steve Ogolla narrated how he was financially whacked by a Woman named Dorcas Sarkozy, who he had never met.

“I was in a fake relationship with this ‘lady’ and she conned me in excess of 500K, planned a fake wedding and nearly drove me to suicide. I reported to authorities but she came back and blackmailed me by sharing my private love WhatsApp chats with her to third parties,” Ogolla wrote.

I had respect for Steve Ogolla lawyer until I saw this kind of stupidity a whole lawyer conned by Social media on Facebook#SteveOgolla pic.twitter.com/gQuL0WO6Kz

#steveOgolla is a disgrace to the boychild. Rule no. 4 of men's conference states: Fare shall only be reimbursed after safe delivery of commodity to boychild! Steve ogolla???

I am weeping for our Friend Steve Ogolla. If 'It will end in Tears' was a person then Steve Ogolla is definitely the person.? Pakasmak ilimwonyesha jiji. pic.twitter.com/AAxxIbN7fs

These streets are very bad nowadays. If you are conned go close your door, say a prayer, thank the Lord for making you wiser and forget about it. Don’t say anything to anybody. But if it goes public just know that those laughing at you loudly are past victims who hid their sins.

What is this I am hearing? That Steve Ogolla has paid dowry for the daughter of Nicolas Sarkozy and Akothe!

My junior, Steve Ogolla, is still trending for the worst reasons imaginable…Sad. However, in the spirit of the New Year, let me extend my sincere CONDOLENCES to the young bachelor for the PAINFUL DEATH of his online MARITAL DREAMS. Liberation is coming. Viva!

City Lawyer Steve Ogolla says he sent Dorcas Sarkozy over 500k for their wedding preparations, the two only communicated on social media and never met.

Dorcas, who is a man, disappeared with the money.. the lawyer is in tears ??

Other Netizens however rubbished the story and termed it as a cheap scheme of using a hoax to gain popularity.

An important reminder than not all Luo men are rich. Some of us are social media noise makers.

In his response, the now trending lawyer has said that is past history and nothing from his post is affecting his present life as he’s in Mombasa eating with a big spoon in this festive season.

I'm trending. That's an old story from May/June 2018. It was picked from my comment on a friend's Facebook post yesterday where I recollected a past experience of an online extortion. As it is, I'm Mombasa Serena enjoying my holidays upto Jan. 3, 2020. Thanks for the concern. pic.twitter.com/o9Mnakvjjs

Kenya Insights allows guest blogging, if you want to be published on Kenya’s most authoritative and accurate blog, have an expose, news TIPS, story angles, human interest stories, drop us an email on [email protected] or via Telegram
Related Topics:Kenyans On TwitterSteve Ogolla
Up Next