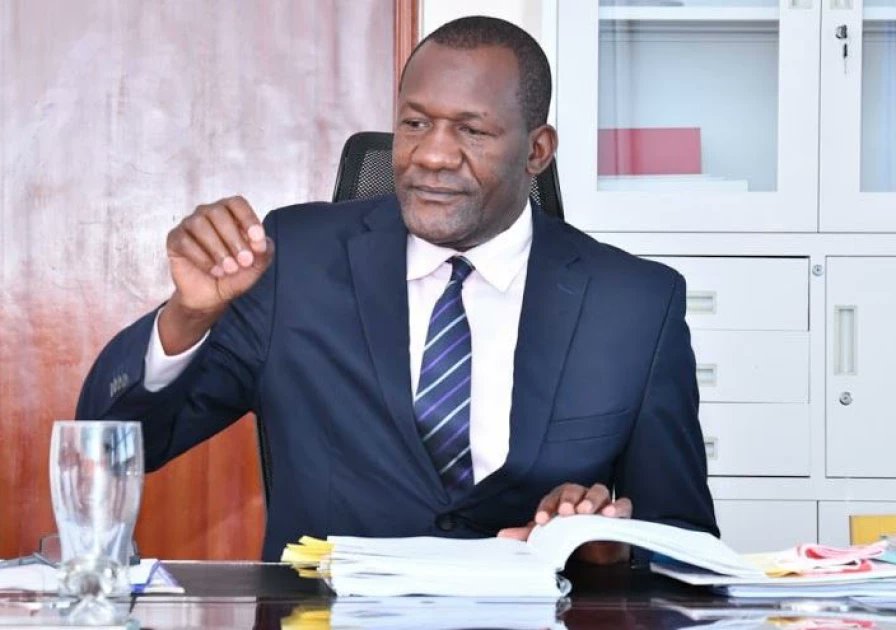 Trouble looms for Kisumu City manager Abala Wanga over the deadly chaos witnessed during the recent by-election in South Gem ward Siaya County. According to investigations into the matter by the Directorate of criminal investigation (DCI) who’ve recommended for his immediate arrest, Abala is believed to have been the mastermind behind the ugly scene in which several vehicles were pelted with stones during the fracas while another was torched during the incident which left 15 people injured.

Investigations by the regional DCI positively linked Wanga to the violence and his file has fowarded to the office of Directorate of public prosecution(DPP), pending recommendations. Abala is a close confidant to the county’s governor Prof.Anyang Nyong’o.

Two suspects found with crude weapons have already been arraigned in court.

Abala is a brother to Polycarp. The DCIO has recommended he faces multiple charges as a key perpetrator of the violence that was witnessed on the day. The file has been submitted to the ODPP Siaya and direction to charge is being awaited. 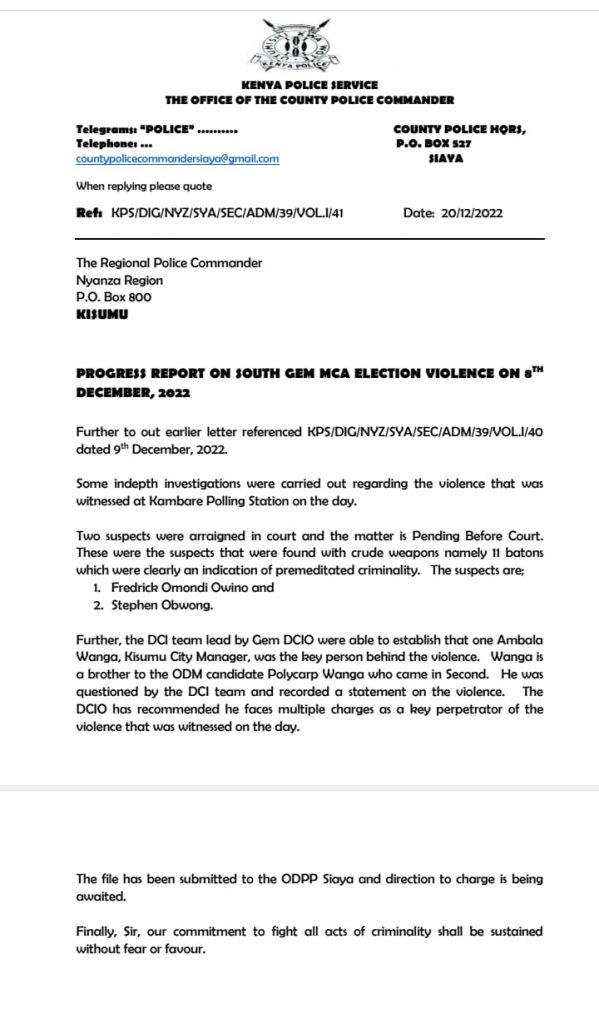 DCI letter to the DPP.

Kenya Insights allows guest blogging, if you want to be published on Kenya’s most authoritative and accurate blog, have an expose, news TIPS, story angles, human interest stories, drop us an email on tips.kenyainsights@gmail.com or via Telegram
Related Content:  State To Reward Informants In Anti-Competitive Behaviors In The Market Probes
Related Topics:
Up Next