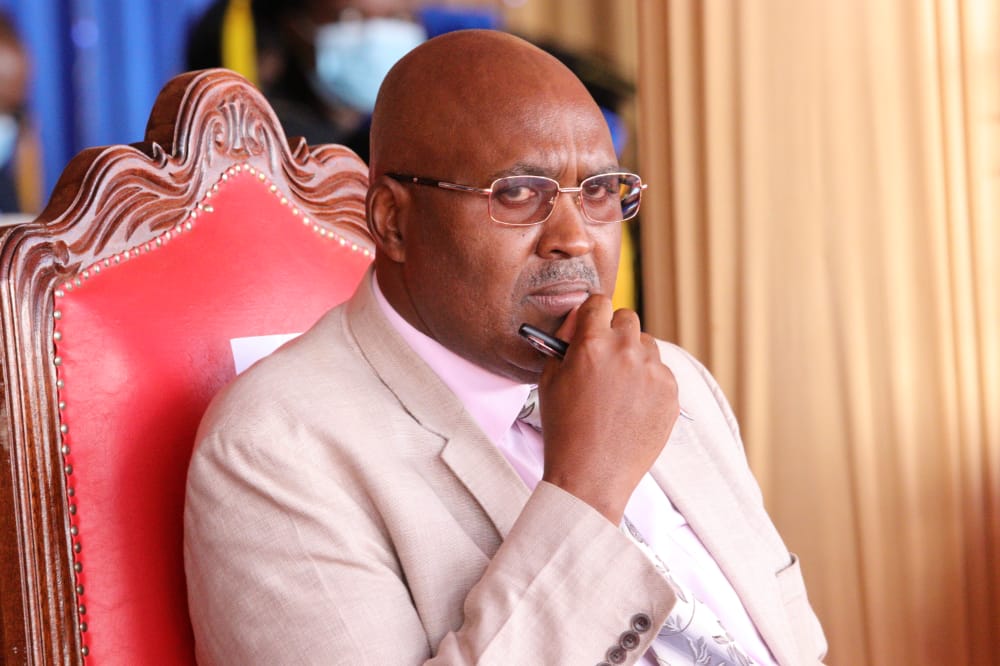 Prof Frederick was accountable for the traction

The commission had commenced investigations into the matter following a complaint that MMUST had purchased the MKU Turkana Campus at an exorbitant price of Sh1.2 billion yet the property was valued at Sh600 million.

Investigations established that the acquisition was initiated through a letter dated March 17, 2016, by the Deputy Vice Chancellor of MMUST, Planning, Research and Innovation to the Cabinet Secretary of Education Science and Technology.

On July 28, 2022, a report was compiled by the EACC team and forwarded to the Director of Public Prosecution (DPP) with a recommendation for closure of the inquiry file. The report further held that the VC (Prof Otieno) who would have been culpable for failing to adhere to the procurement law and regulations is deceased.

The file was closed.

Related Content:  Full Info: What Exactly Will Be Happening On The Census Day

At the time of his death, the VC had an ominous dark cloud swirling above his head, including a damning report by the Auditor-General’s office alleging irregular expenditure of funds amounting to Sh362 million in the year to June 2016.

In the Auditor-General’s, the deceased had accused MMUST of having entered into huge illegal contract variations, irregular procurement, failing to present cash books for an audit, and keeping cash unbanked and unaccounted for contrary to proper accounting procedures.

Similarly, in its expansion strategy, MKU in a deal sewed up by Simon Gicharu has been embroiled in a land tussle with a firm Step Up Holdings that according to court documents, claim they were shortchanged.

Apparently, MKU through Gicharu, allegedly entered into an agreement with Step Up in 2011 to set up a Nakuru campus mini wing in Kericho town but the owner didn’t measure up leading to a court battle in a supposed Sh511M botched deal between the two entities. Step Up ran the operations of the Nakuru Campus before the clash. This was a gentleman’s deal between the two entrepreneurs meaning it was all verbal.

Step Up Holdings avers that a month after their verbal agreement, the university forced the firm to close the Kericho Campus leading to a loss of Sh953,881.

The firm claims the university then “illegally took over” the campus by relocating 3,807 students and 295 staff to other premises. The court sided with Step Up Holdings and found the university liable for Sh511 million.

Related Content:  Whistleblower Warns That US Doesn’t Have A Vaccine Plan

MKU did not place a legal defence arguing the matter was for arbitration.

In 2012, the Court of Appeal in Nakuru dismissed appeal attempt by MKU dismissing the appellants’ application for stay of proceedings pending Arbitration.

“The background to the appeal is that, both the appellant and the respondent entered into a memorandum of understanding (MOU) containing an arbitration clause.” Court records show.

“The interlocutory judgement entered against the applicant or defendant on November 17, 2011, is hereby set aside,” ruled Justice Hilary Chemitei.

“The applicant shall within 30 days from the date herein deposit Sh511million in a joint interest-earning account in the names of both counsel for the applicant and the defendant pending the hearing and determination of the suit,” stated Justice Chetimei.

The court also ordered Step Up Holdings to provide a Sh511million bank guarantee from a reputable within 30 days pending the hearing of the case.

Provisions of the MoU cited by the university in its flopped attempt to push for arbitration that was dismissed by the Court of Appeal provided as follows:

Related Content:  End of the Road for ex-KPC bosses after 5 years of Hide and Seek with Prosecution.

MKU is looking into expanding its branches across the EAC.