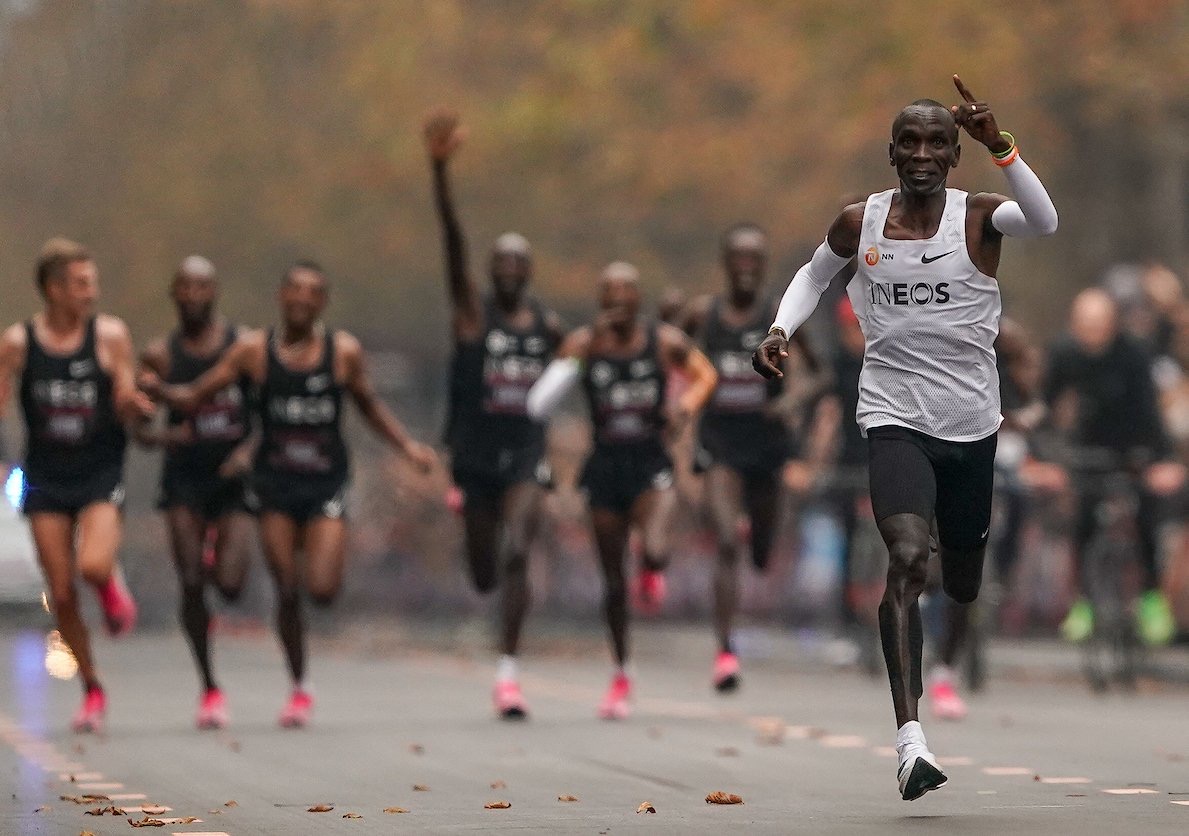 Elgeyo Marakwet Senator and majority leader of the Senate Kipchumba Murkomen has now come out to advice Eliud Kipchoge against taking legal action against the NRG radio over breach of brand rights. Kipchumba Murkomen slammed Lawyer Donald Kipkorir on Twitter for taking ‘unnecessary’ legal action against NRG Radio on behalf of marathoner Eliud Kipchoge and misleading the world record holder.

NRG radio was yesterday served with a demand letter over breach of brand rights, copyright, trademark rights and privacy of Eliud Kipchoge, acting for the athlete, lawyer Donald Kipkorir has faulted the station for using Eliud’s name for commercial gains without legally acquiring the rights. NRG had changed their name to Kipchoge Radio from NRG in a similar fashion that Mpesa changed to Eliud in their personalized logo.

The audio visual station then went ahead to run a series of shows using Kipchoge’s name to promote them. The last stroke that broke the back as Kenya Insights reported was the i8 challenge. Apparently, the station using its presenters and comedian Eric Omondi, ran a promotion that should their Instagram page hit 1M followers in 24 hours, they’d give the BMW i8 owned by the station’s owner Eric Mulei to Eliud.

Lawyer Donald Kipkorir in a letter addressed to NRG demanded that NRG to expunge Eliud’s name, images and any other reference to him whatsoever from their platforms, which the station obliged.

Murkomen claims Kipkorir overreacted by sending a demand letter to the radio station over a situation that could have been resolved with one phone call.

I would advice @EliudKipchoge against unnecessary legal battles with entities like @NRGRadioKenya merely excited with his fete. It waters down the good name of Kipchoge.Concerns raised shouldn’t have been in the form of legal threats.A phone call is enough.He was terribly misled

Lawyer Donald Kipkorir quickly responded warning the legislator to keep to his lanes further asking him to act as the lawyer for NRG to argue his case. This led to an exchange war of words between the two.

Hey Don I didn’t know you are the one who misled Kipchoge&I didn’t say so.I however strongly believe that this matter would better be handled out of the limelight.There is a Serena “Hotel” in my village which sells only tea & Mandazi.I don’t expect the real Serana Hotel to sue

Kenyans on twitter have had the debate too disagreeing whether court was the  best route to take, many argue that the battle would tarnish Eliud’s public image while others agree with lawyer Kipkorir that a public letter will also serve as a deterrent to others of similar inclination.

No. This also serves as a deterrent to others of similar inclination. If the penalty for infringing on brand & image rights is a mere talking to, what's to stop others doing the same? Making an example of the most egregious violator ensures others learn & remember a lesson.

Related Content:  Sh2B Lost Through 192 Bank Accounts Created By Baringo County Officials
Kenya Insights allows guest blogging, if you want to be published on Kenya’s most authoritative and accurate blog, have an expose, news TIPS, story angles, human interest stories, drop us an email on [email protected] or via Telegram
Related Topics:
Up Next