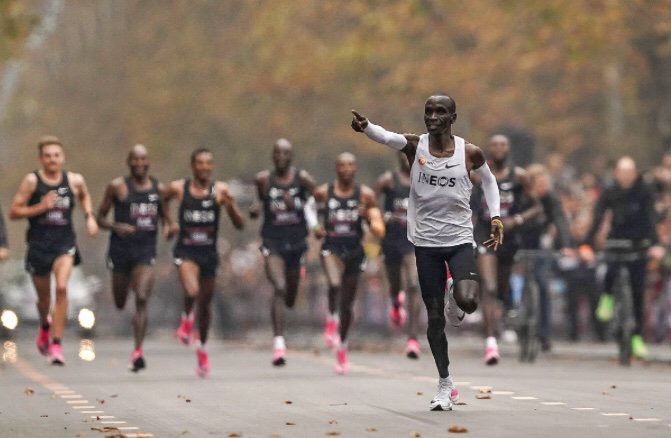 The audiovisual radio station seem to have walked blindly into a lava wave. Since his historic race, many brands have been trying to identify with Eliud Kipchoge with the pretext of congratulating but instead doing subliminal marketing.

Having become an household name and international brand, Eliud has retained serious management teams both locally and internationally. INEOS, the sponsor of his 1:59 challenge retains all the rights to the race. During the event which was a stroke of a marketing genius, the brand gained unmatched visibility. 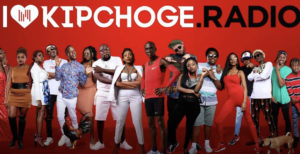 NRG had changed their top line to KipchogeRadio

Locally, Eliud is an ambassador for Isuzu and have all the rights to use his name as well as Safaricom that bought the same rights and promoted their brand as well during the race.

We have other minor brands that grabbed the opportunity and ran away with it. However, marketing team at NRG took the 1:59 challenge literally when they went full throttle in their campaigns.

They first changed the name to Kipchoge Radio from NRG in a similar fashion that Mpesa changed to Eliud in their personalized logo.

NRG then went ahead to run a series of shows using Kipchoge’s name to promote their shows. The last stroke that broke the back as we learn is the i8 challenge. Apparently, the station using its presenters and comedian Eric Omondi, ran a promotion that should their Instagram page hit 1M followers in 24 hours, they’d give the BMW i8 owned by the station’s owner Eric Mulei to Eliud.

A screenshot from the i8 challenge.

The station has now been served with a demand letter over breach of brand rights, copyright , trademark rights and privacy of Eliud Kipchoge.

Acting for the athlete, lawyer Donald Kipkorir has faulted the station for using Eliud’s name for commercial gains without legally acquiring the rights.

He went ahead to land blows on them over the i8 challenge, “you fraudulently informed your listeners and followers that by following you on your Instagram page you will gift our fluent a car. Our client never asked and never require any gifting of your car or any of other car.” Part of the letter reads.

Critics had pointed that this was a marketing strategy to grow NRG’s numbers in their social media pages. They seem to have stopped using Eliud’s name after the i8 challenge but from the looks that didn’t save them from the troubles.

“The use of our client’s name, image and reputation was in total and blatant violation of his brand rights , privacy, copyright and trademark rights.” Said the letter. 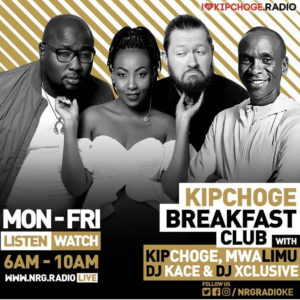 ‘Eliud’ breakfast show on NRG where they used his name and image.

Kipchoge now demands that NRG to expunge his name, images and any other reference to him whatsoever from their platforms. He’s also demanding for unqualified apology from the station for using his brand. They need to seal the demand letter with a written response to prove they’ve complied.

Failing to comply would kick off a lawsuit that would eventually end up being too expensive for the growing station. This also serves as a warning shot to other firms that might have or still using Kipchoge’s name illegally for commercial gain.

Is This Nairobi’s Most Expensive Ditch