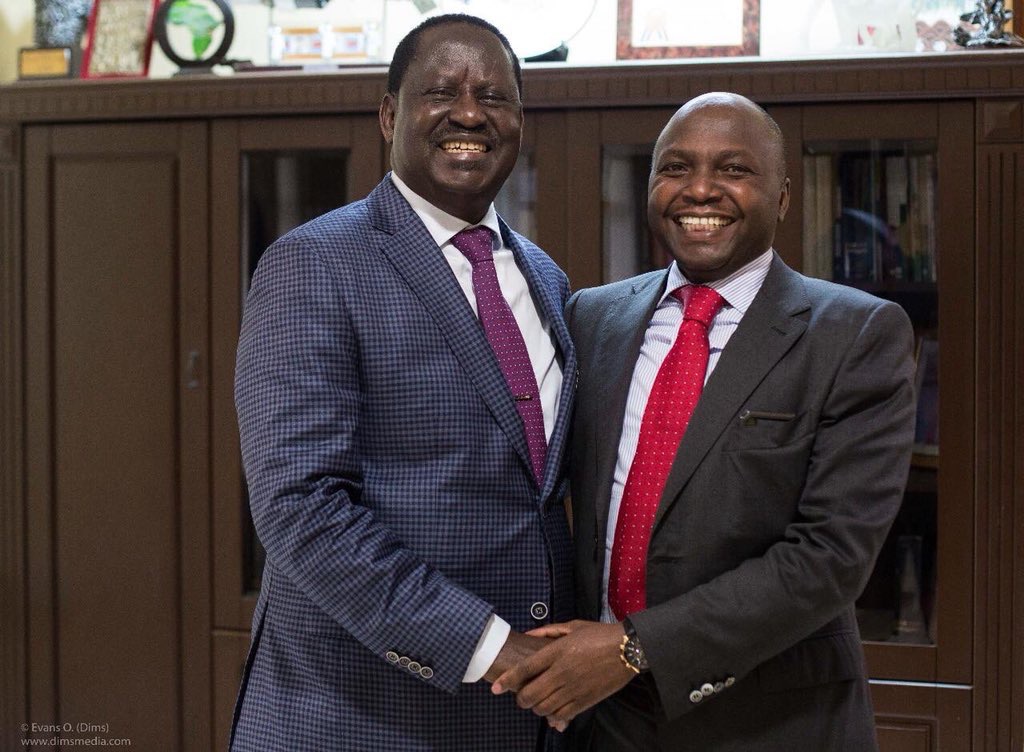 Arguably one of the highest ranked online influencers, blogger Cyprian Nyakundi had his Twitter account which again was amongst the biggest in Kenya, suspended more than two weeks ago following a violation on Twitter policies when he posted an exposing photo of a Radio Africa Executive.

Normally, when Twitter suspends an account, one has the option of appealing the decision and waiting for the Twitter’s response which we understand the blogger did and yet to get a response. Nyakundi has created a parallel account which started gaining traction before Twitter suspended it again going to show how committed they’re willing to go in keeping him away from their platform.

Having been a fierce critic of the government, many people are reading this censorship beyond their noses giving it a deeper view. Coincidentally, in the very week that Nyakundi’s account was banned, regional Twitter executives were in the country adding to many suspicions on how this was done.

Ramone Martin, East Africa’s Twitter Executive and Adrian Ciesielski, Africa’s Twitter Sales Manager happened to be in the country where they had attended several functions including Safaricom’s Blaze event in Mombasa. Our moles also reveals to us that the executives held meetings with government operatives like Dennis Itumbi who’s a digital strategist for the state. Amongst many of their clients that they met also included the Standard Media group amongst many. We’re made aware of plans by Twitter to establish their offices here in Nairobi.

With a cloud of uncertainty hanging around the suspension of the influential blogger, the larger online community took it to Twitter appealing to the San Francisco’s based company, to lift the ban and reinstate his account. Twitter heavyweights and key policy makers joined the campaign. As an anti corruption crusader and whistleblower, the comments were awash with praises.

Dear @Twitter , the ongoing war against corruption in Kenya was mainly due to the unrelenting solo crusade by Cyprian Nyakundi …. He had his infractions, but his crusade was legitimate .. Kindly, lift his suspension. Let him see the fruition of his activism.

To the @Twitter, @TwitterSupport and @verified: You have suspended Cyprian Nyakundi from your platforms. May you kindly explain to us why? May we also know why @Twitter didn't suspend a serial ethnic chauvinist like @HonMoses_Kuria and a mass murderer like @UKenyatta?

Cyprian Nyakundi is an influential whistleblower innthe fight against corruption. @Twitter @TwitterSupport please restore his access to the platform.

@Twitter the anti-corruption crusaders are petitioning you to lift the suspension of the handle Cyprian Nyakundi, Kenya is in a WAR against corruption & is missing the commander in the battle field

Must give it up to Nyakundi for his consistent fight and exposes on Swazuri and NLC corruption. He was the first to expose the SGR compensation fraud before the dailies picked it up.

More comments in his support streamed in;

I don't like Nyakundi especially after he called a girl I liked a prostitute. Actually he blocked me. But the fact that people are celebrating his censorship scares me. Like Voltaire said “I don't agree with what you say but I will defend to the death your right to say it"

There are people on this app talking about safe spaces for youth but not making noise about Cyprian Nyakundi's suspension from twitter. No matter his language, the man was fighting a just cause. & btw he is right about those using sex appeal to get money and money to get sex!

Dear @Twitter Cyprian Nyakundi spoke for millions of Kenyans, kindly give him his handle back @jack @c_nyakundiH

In the same breath, some are also against his reinstatement;

.@Twitter @TwitterSupport Don't let them lie to you. All that boy ever did was use this platform to shake down people and spread falsehoods, many of which, are before the courts. Crusader my ass.

The decision as to whether Twitter will reinstate the account solely depend on them and their policies cut but the bigger majority have expressed their thoughts and on the value of the said account in freedom of speech. Twitter is currently under fire over censorship even though it stands out as the only platform that is yet to ban ALEX Jones when everyone is giving him darkness. As for Nyakundi and Twitter, only time will tell.

Related Content:  Reasons Laid Bare: How ICC Cost Foreign Affairs CS Amina Mohamed The AU Seat
Kenya Insights allows guest blogging, if you want to be published on Kenya’s most authoritative and accurate blog, have an expose, news TIPS, story angles, human interest stories, drop us an email on [email protected] or via Telegram
Related Topics:
Up Next

In Bobi Wine, Museveni Messed With The Wrong Person As Africa Gangs Up With Kenyans Taking Lead On Twitter For His Freedom

JohnBosco: AISLES OF POWER – Referendum, the constitutional arithmetic to cling onto power.