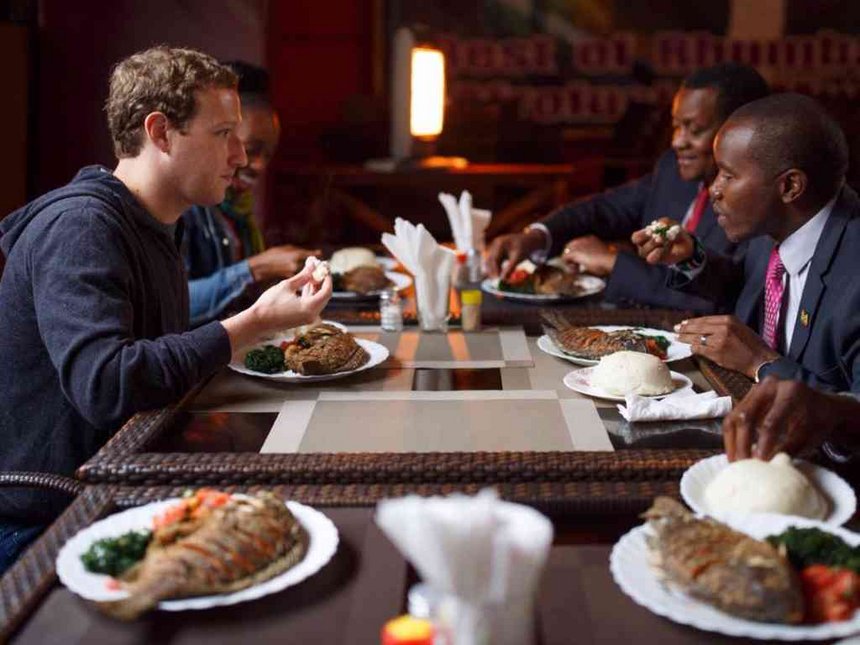 The Kenyan Mainstream Media has been criticised for none objectivity and over emphasising on irrelevant angles of stories for a real time, the ploy has once again played out in the latest visit of a prominent figure, Facebook’s Founder. The memory is still fresh in many people’s mind how the disjointed Kenyan media reported to the air visiting US pPresint of the U.S. Obama was breathing when he touched down in Nairobi previous year. His jet and security detail dominated the headlines compared to the core issues behind the visit.

Concentrating on sideshows inclines the public’s view, given the fact that majority of Kenyans consume their news via mainstream media and that they have the sole responsibility of setting the agenda, they ought to separate themselves from yellow journalism to being subjective and practice seriousness in the profession.

On his surprise tour of tech hubs in Africa, Mark Zuckerberg has made a pit stop in Nairobi. Announcing his arrival on Facebook, he described talking with entrepreneurs working out of the tech space, the iHub, and dining on ugali and tilapia with Kenya’s cabinet secretary for information and communications, Joe Mucheru. Announcing his core intent for the visit, Zuckerberg wrote on his Facebook page. “I’m here to meet with entrepreneurs and developers, and to learn about mobile money—where Kenya is the world leader.”

Headlines of Kenya’s mainstream media concentrating on the slideshows ;

Nairobi makes sense as Zuckerberg’s next stop. It is home to the world’s largest mobile money platform, M-Pesa, the crowdsourced disaster mapping platform Ushahidi and companies like M-Kopa, a solar company that sells power to the rural poor on credit, or Bridge International, a controversial for-profit school chain that the Facebook co-founder supports. Other Mobile Banking platforms running in Kenya includes Airtel Money, Orange Money.

Mobile money in Kenya, which allows mobile phone users to send or receive money, undergirds much of the country’s economy from banking and credit scoring to sports betting. For the first six months of this year, 1.59 trillion Kenyan shillings (about $20 million) flowed through mobile money platforms.

In nearly all leading Kenya’s mainstream outlets, they’ve emphasised on the sideshows of where the Billionaire digital entrepreneur was having his lunch his dressing code. While these are news material, they shouldn’t dominate headlines in serious journalism specs. The mainstream media is once again proving Juvenal in the line of duty. Sensationalism should be left to click baiting blogs and not the mainstream platform. Once again you’ve let us down.

Kenya Insights allows guest blogging, if you want to be published on Kenya’s most authoritative and accurate blog, have an expose, news TIPS, story angles, human interest stories, drop us an email on [email protected] or via Telegram
Related Topics:Arts & CultureFacebookMark ZuckerbergOpinionReviews
Up Next