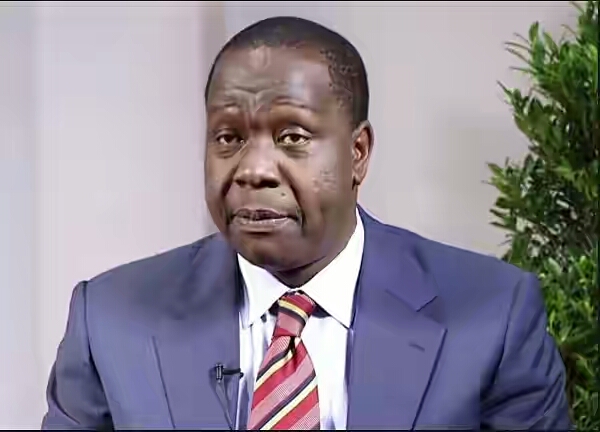 During the last term’s fire fiasco that clobbered most high schools in the country with scores of schools razed, murmurs of cartels were heard with many pointing fingers at the exams leaking faction.

It was also blamed that the publishing firms conspiring with corrupt head teachers were unhappy with Education CS Fred Matiang’i strict audit policies. A cartel also exists between County Education officials and respective headteachers where they conspire to inject unnecessary particulars in the fee structure and split the loot on maturity.

Parents end up being the victims of this buffoonery and plain robbery. This has been shown in exorbitant fee statements across many schools.

For example in St Georges girls, the school wanted to add new facilities in an already congested area. So the principal and administration imposed 20,000 on all students compulsory. For those who went without it they got chased home.

Concerns from this are the orphans, poor children. How would an ordinary casual labourer, newspaper vendor or jobless parent who’s basic needs are even a struggle be able to afford that !?? Charity is voluntary. Apparently the ministry of education approved of it. I hear it’s happening in alot of schools but it’s not fair.

Here’s a copy of the fee structure;

The school is near statehouse and KNEC on Dennis Pritt Road. Normally, parent’s approval must be sought before inclusion of extra particulars in the school fees in the case of St Georges under Principal Mrs Rukunga, imposed the 20K on parents this is unfair if not criminal. Such burglary is denying bright students from getting quality education of not keeping the out of school in totality. Shame on you the Principal and Kenya Insights urges Education CS to jump into the poor students help.

This ploy is not limited to this school alone and is replicated nearly in all schools a disturbing trend that is making basic education extremely expensive competing with tertiary levels. We’re hoping the no nonsense CS Fred Matiangi is going to crack a whip on these menaces frustrating education.

Kenya Insights allows guest blogging, if you want to be published on Kenya’s most authoritative and accurate blog, have an expose, news TIPS, story angles, human interest stories, drop us an email on [email protected] or via Telegram
Related Topics:CorruptionEducationInvestigationsNews
Up Next