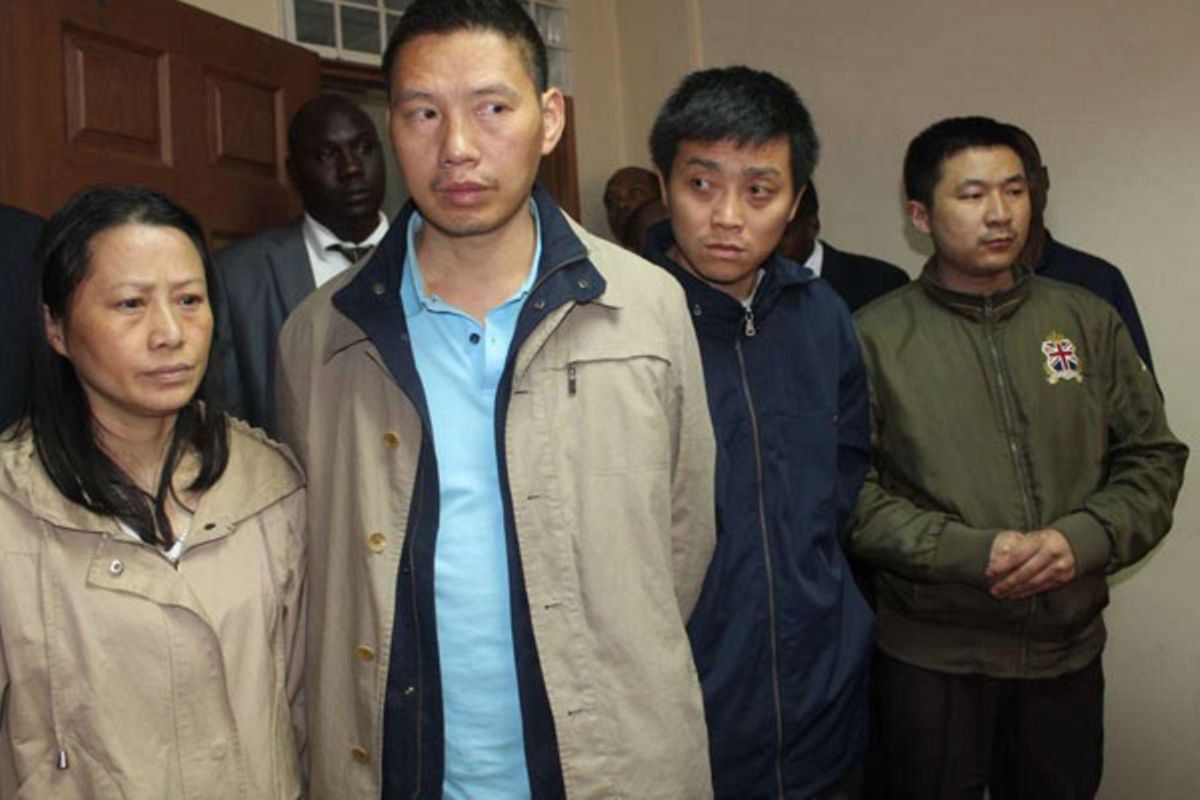 A Kenyan who was filmed being whipped by his Chinese boss last year has been awarded Sh3.07 million for violation of his rights and illegal dismissal.

Employment and Labour Relations Court Judge Mathews Nderi directed the management of the Chinese restaurant based in Kileleshwa to pay the man identified as SOS the damages.

The man, who worked at the restaurant for three months, was also a victim of sexual molestation. The humiliation he underwent was as a result of refusing sexual advances from his Chinese boss who was captured on a mobile phone camera whipping him. The Chinese cook was deported before facing the law for his crimes.

“The petitioner was in addition cajoled to engage in sex with the second respondent and was threatened verbally, abused and given corporal punishment upon resisting the advances,” the judge said.

Justice Nderi said the victim suffered extreme cruelty, humiliation, psychological trauma, pain and suffering as a result of continuous sexual harassment, corporal punishment and verbal abuse, while being humiliated in front of his co-workers.

Through lawyer Steve Mogaka, the victim also sued the Interior Cabinet secretary, Inspector-General of Police and Attorney-General but the court said there was no evidence that they condoned the violations.

Evidence presented in court showed that the man was employed as a waiter. In the short period he worked there, the head cook pursued him on several occasions for sex while threatening him.

The man narrated how the cook would attack him with kicks and blows and on the fateful day, whipped him.

Related Content:  Kenya’s Risk Of Debt Distress Moves From Moderate To High According To IMF

Mr Mogaka told the court that he reported the assault at Kileleshwa police station and proceeded to seeking medical attention in Kawangware, where he resides.

The cook was arrested with three other Chinese colleagues and locked up at Kileleshwa police station following public uproar. Mr Mogaka said the victim was dismissed for reporting the incident.

His former colleague, Victor Kage, who captured the incident recalled that they were six waiters and the cook would attack the victim for no apparent reason.

Mr Kage said two other colleagues went through a similar ordeal but they were prevailed upon to drop plans to lodge claims.

Mr Mogaka accused the government of allowing the Chinese employers to violate the rights of employees and deporting the perpetrator before he faced the law. The move, according to Mr Mogaka, amounted to condoning injustices and denying the victim his rights.

The restaurant did not file any defence.

The judge said the dismissal was a violation of the victim’s rights and against the Employment Act and therefore entitled to compensation. He awarded the victim Sh3 million for general damages and Sh72,000 for illegal dismissal.

Attorney General Protecting Sacred Cows As He Blocks CBK From Tabling Forensic Audit On The Fall of Imperial Bank.