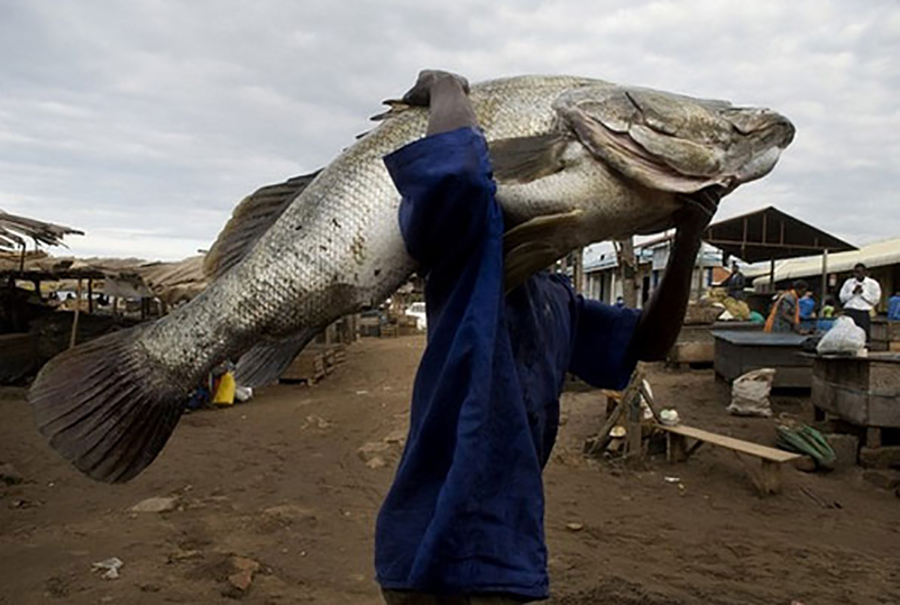 The coronavirus pandemic has handed Kenyan fishermen an unexpected boon – a rush of customers who now shun imported Chinese frozen fillets in favour of freshly caught fish from Lake Victoria.

Kenya bought over Sh2.4 billion ($23.2 million) worth of frozen fish from China in 2018, according to the International Trade Center, almost all of its fish imports. Fishermen have long complained that the cheap imports were strangling local trade.The coronavirus has slowed Chinese imports. Nervous customers have turned to local fish. But Kenya will soon face shortages unless imports from China resume; it produces just over a third of what it consumes.

Kenyan fishermen like 38-year-old Maurice Misodhi, whose skin has been weathered by the sun and wind during two decades on the water, have had a bumper month. Based at Dunga Beach in Kisumu, customers want every fish he catches. Misodhi says the Chinese lockdown seemed to have dried up imports of cheaper Chinese fish.“As fishermen we can now smile, not because people are suffering from coronavirus, but because we can now sell our fish, and at a good price,” he said.

The price of a kilo of Nile perch – Sh250 a month ago – has shot up to Sh350.Fish trader Mary Didi usually buys from Chinese suppliers but has now turned to Misodhi.

“The supply at the Chinese importers has gone down, and many of my customers were also scared of the Chinese fish, thinking they would contract the virus,” she said. “To keep the business running, I had to turn to fish from the lake.”Bob Otieno, chairman of Dunga Beach Management Unit, says sales have shot up. The beach registers a catch of between 1 and 1.5 tonnes of fish each day and sales have gone up from 50 per cent of the catch to 90 per cent in the last two weeks. Previously, fishermen would eat, barter or give away around half their catch. “We used to have many fishermen sell their catch at low prices because of competition from the Chinese fish,” he said.Kenya produces 180,000 tonnes per year but consumes about 500,000 tonnes, according to 2019 government figures.Christine Adhiambo, the government’s assistant director of fisheries for the lake region, said the two biggest importers of Chinese fish had not shipped from China since November and were running down stocks. Kenya could face shortages soon, she said.

“Kenya cannot satisfy its local fish demand,” she said. “That is why we heavily rely on supplements from China.”

IMF Executive Board Approves A Sh.78Billion Emergency Loan To Kenya For Coronavirus