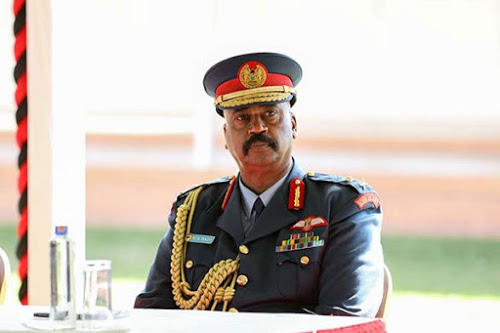 The newly set up Nairobi Metropolitan Services (NMS) has suspended the city’s e-construction system that allows property developers to make online application for building permits, taking builders back to the regime of manual application of plan approvals.

“The e-construction development application processing system formerly managed by (Nairobi City County) is suspended immediately pending formation of a new system. All applications should continue to be filed to NMS DG’s office at KICC first floor,” he said.

Major General Badi further said that all plans processed through the e-construction system “from March 18, 2020 to date and going forward are and will be null and avoid”. This means affected developers will have to submit their plans afresh at the NMS offices.

The team, which was responsible for evaluating and recommending, building plans for approval, was made up of officials selected by Governor Mike Sonko in consultation with industry stakeholders.

The NCCG was next month expected to activate the third module of the e-construction system dubbed e-inspection, which together with the online application of approval plans and the online QR Code system would have reduced approval time for permits while simplifying inspection of buildings in the city.

The online QR Code system, which was launched last month, provides unique identification of all approved architectural and structural plans, thereby eliminating the requirement for developers to submit hard copies of development plans for stamping upon approval.

There are fears that suspension of the system will result in stagnation of building approvals, leading to rescheduling of multi-billion-shilling projects due to lack of permits.

A delay in approvals in the second half of 2019 led to a Sh69 billion drop in the value of approved plans in Nairobi where only Sh141 billion projects were approved last year compared with Sh210 billion projects in 2018.