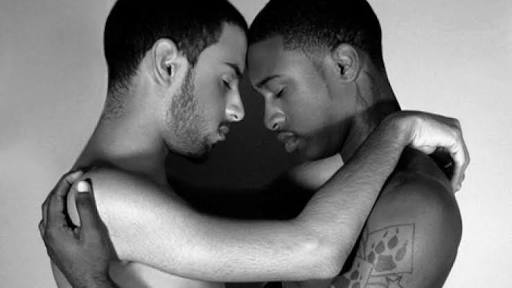 Homosexuality remains one of the most prohibited if not one of the most feared topics to touch on in Africa if not Kenya and this is largely due to the conservative nature of the continent. Kenyan law currently prohibits “carnal knowledge against the order of nature,” labeling it a felony that is punishable with 14 years in prison.

Despite it being outlawed in Kenya, regionally we boast of the most robust and progressive judicial system that made history recently being the first to nullify a presidential election in August. In a case at the High court that opened Friday in a crowded Nairobi courtroom. The judges had to change to a different room to accommodate the large crowd. The court started listening to a case that would eventually decriminalize homosexuality and eventually make such relationships legal.

We’ve observed in the recent times that same-sex relationship is considered an abomination and most of the ties are tied outside the country especially in the U.S. where homosexual relationships are allowed. Unlike neighboring countries, homosexuality is outlawed in Kenya but adherence is not as crude compared to a country like Uganda where gays are spotted, marked and targeted for abuse and elimination. Kenya is generally liberal.

On Friday, a case was lodged at the High court that would eventually see the decriminalization of gay relations. The case argues that this law, which can be traced to British colonial law from the turn of the century, is unconstitutional.

Activists say that laws that prohibit homosexuality lead to the harassment, abuse, and discrimination of the LGBT community.

“The case before Kenya’s High Court seeking to decriminalize consensual same-sex conduct is of monumental significance for Kenya and beyond,” Neela Ghoshal, senior researcher in the LGBT Rights program at Human Rights Watch.

“A positive ruling would affirm that same-gender-loving Kenyans are just as deserving of equality, privacy, and dignity as anyone else. ”

“The courageous Kenyan activists and ordinary people who brought this case are a model and an inspiration to LGBTQ people and their allies throughout Africa.”

A 2014 parliamentary report found that between 2010-2014, the Kenyan government prosecuted 595 cases of homosexuality.

Considering the spaces visible, Kenya which is deeply buried in conservative set up might as well break the walls an become the first African country to legitimize homosexuality. South Africa is fairly considerate and has open gay relationships. Unlike other countries like Uganda where one can easily get killed for publicly getting out of the closet, Kenya is on the verge of giving in and allowing such arrangements.

Kenya was recently ranked top by Google for being high in searching gay pornography directing at a fact that most people are curious on the topic or silently incorporated. As to whether the courts might listen and legitimize homosexual relations its only time that can tell.

Thieves Are Getting Smarter, Failing To Report On Your Stolen Phone To The Police Could Land You In Jail

Toxic Corruption At Immigration Department Makes Getting A Passport A Walk In Hell For Kenyans.